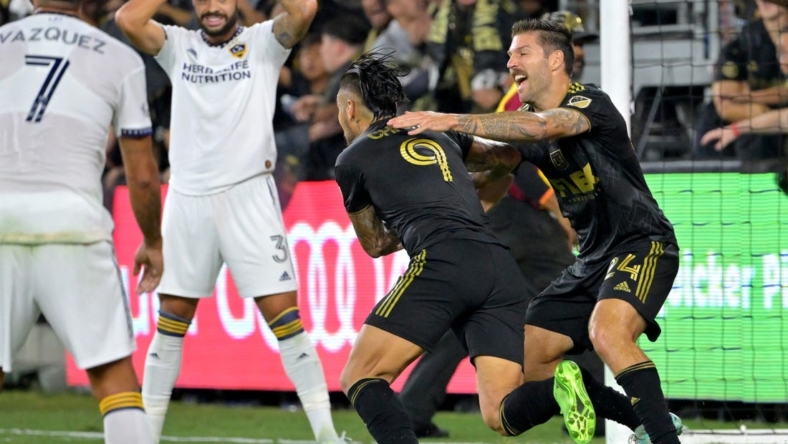 Los Angeles FC and Austin FC each are looking to reach their first MLS Cup final when they play in Sunday afternoon’s Western Conference final.

Host LAFC have reached the conference-final stage for the second time. And like their previous journey here in 2019, the club is a sizeable favorite and the top seed in the playoffs after earning the Supporters’ Shield for top regular-season finish.

This time, LAFC are facing an opponent that won both regular-season meetings, 2-1 at Los Angeles on May 18 and 4-1 at Austin on Aug. 26. But the LAFC roster has undergone significant changes since then.

Wales international and former Real Madrid star Gareth Bale has been reduced to a bench role after the team performed poorly in games he started. Late-summer addition Denis Bouanga has established himself on the left flank as arguably the team’s most important player.

Bouanga scored the Shield-clinching goal in the penultimate regular-season game, a 2-1 win at Portland on Oct. 2. He struck twice more in a 3-2 conference semifinal victory over the Los Angeles Galaxy, before contributing to Cristian Arango’s game-winner in second-half stoppage time.

“Denis is the complete package,” said LAFC manager Steve Cherundolo of Bouanga, who has played eight total games (seven regular season, one playoff) since his arrival.

Bouanga hardly is the only star in this game, though. His LAFC teammate Carlos Vela won MVP honors during the 2019 final. Austin striker Sebastian Driussi was a finalist for the award this season after scoring 22 goals and adding seven assists.

Driussi also has three of Austin’s four goals this postseason. He scored both in a 2-2 opening-round draw against Real Salt Lake before the Texas club triumphed on penalties, and the second of the first half in a 2-1 semifinal win over FC Dallas.

Despite his heroics and Austin FC’s record against LAFC, oddsmakers have installed the visitors as sizable underdogs. But it’s a place Austin FC have been often this season.

“Not many people gave us a chance the first time against LAFC, the second time against LAFC, or maybe to be in this situation this year,” Austin FC coach Josh Wolff said. “So we run with that, we’re quite confident in who we are and believe in what we have been able to build and establish over the course of a season.”