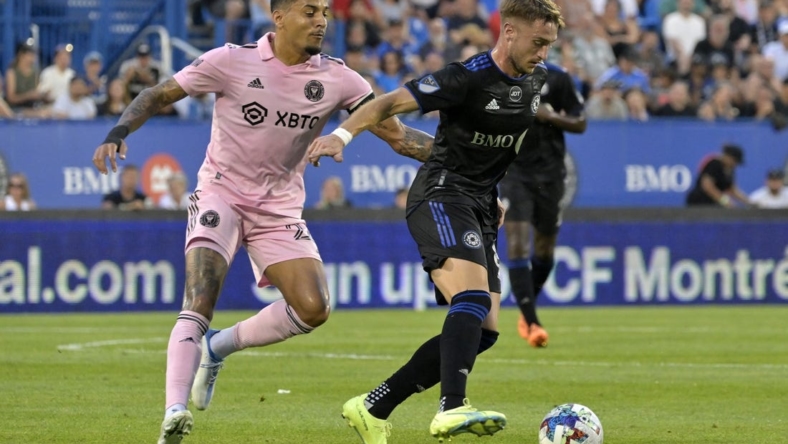 CF Montreal have their sights set on the top as they visit Inter Miami to close out the 2022 season on Sunday.

Montreal (19-9-5, 62 points) can claim first place in the Eastern Conference with a win against Miami, combined with a Philadelphia Union loss or draw against Toronto FC.

Montreal has been on a roll throughout the season after starting winless (0-3-1) in its first four matches. The Canadian side has been especially hot since mid-July, going 10-1-3 in their last 14 contests after a pair of defeats to the Los Angeles Galaxy and Sporting Kansas City in early July.

Defender Joel Waterman will be available for Montreal on Sunday after he was injured last week while midfielder Djordje Mihailovic returns from a one-game suspension.

Montreal could, however, be without forward Romell Quioto, who suffered a thigh injury while representing Honduras during the international break.

Quioto leads the team with 15 goals while Mihailovic and veteran Kei Kamara are tied for second with eight goals apiece. Goals have been hard to come by for Mihailovic, who has tallied only once in his past 12 games.

Inter Miami (14-13-6, 48 points) head into the match eyeing fourth place in the Eastern Conference table. A win combined with a New York Red Bulls loss or draw would give the Herons the chance to host their first-ever playoff match.

“The mood is incredibly high,” coach Phil Neville said. “We’re in but we’re not done. This is the start, hopefully, of a long successful journey from now to the end of the season. We’re hitting form at just the right time. We’ve got momentum, we’ve got confidence, we’ve got belief, we’ve got the spirit, and we need to keep that going.”

Gonzalo Higuain has 14 goals in his past 15 games, including each of the past five. His next goal would match the longest scoring streak of his career (with Serie A sides Napoli from January-February 2016 and Juventus from December 2016-January 2017).