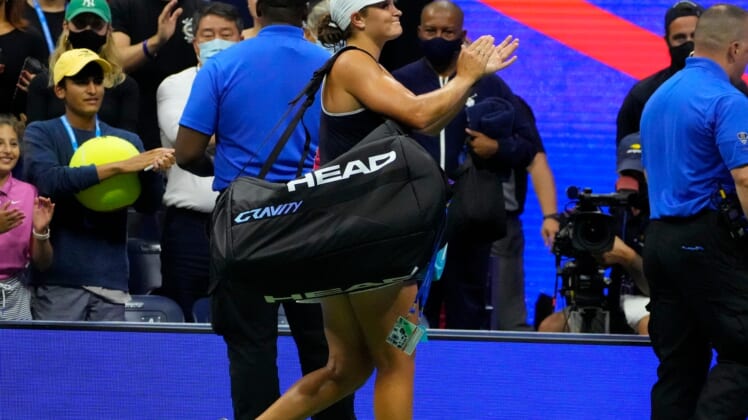 The 25-year-old Australian said in a social media post, “Today is difficult and filled with emotion for me as I announce my retirement from tennis.

“I am so thankful for everything this sport has given me and leave feeling proud and fulfilled. Thank you to everyone who has supported me along the way. I’ll always be grateful for the lifelong memories that we created together.”

She added that she would say more at a news conference Wednesday.

Since her professional career began in 2010, Barty had won 27 combined titles (15 singles and 12 doubles) — more than any player during that stretch. She retires with three Grand Slam singles titles: the 2019 French Open, 2021 Wimbledon and this year’s Australian Open.

“Ashleigh Barty … has always led by example through the unwavering professionalism and sportsmanship she brought to every match,” WTA CEO Steve Simon said in a statement. “With her accomplishments at the Grand Slams, WTA Finals, and reaching the pinnacle ranking of No.1 in the world, she has clearly established herself as one the great champions of the WTA. We wish Ash only the very best and know that she will continue to be a tremendous ambassador for the sport of tennis as she embarks on this new chapter of her life. We will miss her.”