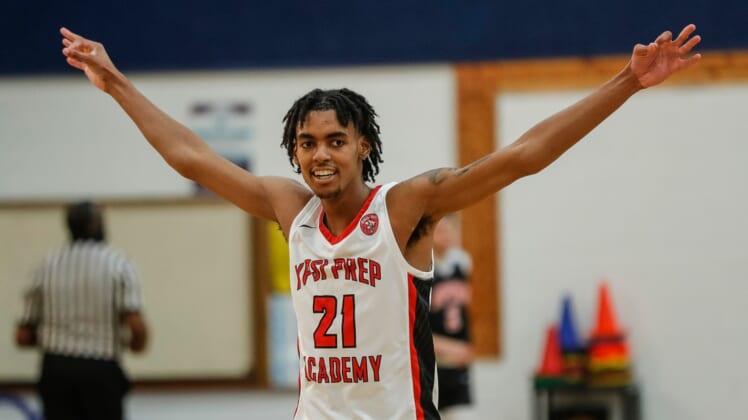 Ypsi Prep forward Emoni Bates (21) celebrates a play against SPIRE Academy during the second half at Central Academy in Ann Arbor, Saturday, March 13, 2021.

Top-ranked junior (via ESPN) Emoni Bates, among the elite high school prospects of the past several years, said via Instagram he has decommitted from coach Tom Izzo’s Spartans.

“I would like to thank Tom Izzo and the coaching staff at Michigan State but I have decided to reopen my recruitment,” Bates wrote. “I’m not sure what my future holds but I am keeping all of my options open, both college and pro.”

ESPN reported Bates was the first five-star player to pick Michigan State since Jaren Jackson Jr. in 2017, and the first of ESPN’s No. 1 prospects to commit to the Spartans since the network’s database began in 2007.

Though Bates, who committed to the Spartans last June, had indicated he would not go the G League route, his next step is unclear and he has reopened his recruitment.