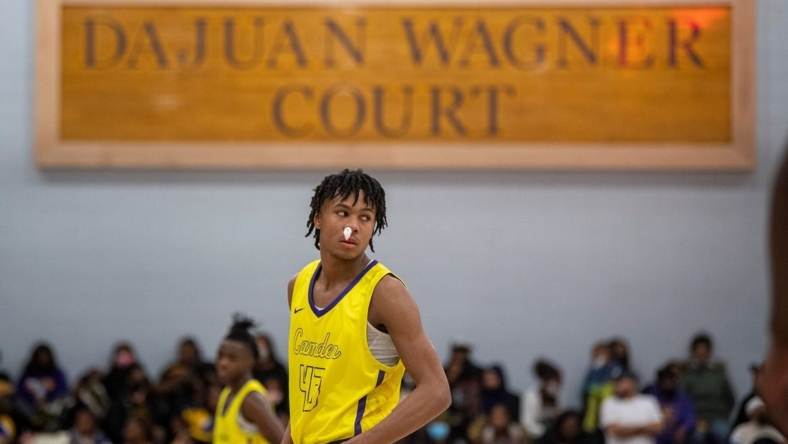 Wagner, the No. 1 recruit per ESPN’s rankings as well as the 247Sports composite, led Camden (N.J.) to the state championship last spring before starring on his summertime Camden Elite AAU circuit with more than 20 points per game.

The New Jersey High School Player of the Year, Wagner was a member of the U.S. team that claimed gold at the FIBA U-17 World Cup in Spain last summer.

Kentucky and Louisville were Wagner’s two finalists, but choosing the Wildcats gave coach John Calipari the No. 1 class in the country. Calipari has commitments from four five-star recruits and one four-star.

Wagner is the son of former Memphis and NBA player Dajuan Wagner, who was also a McDonald’s All-American and played for Calipari at Memphis.

Milt Wagner, D.J.’s grandfather, played for the Los Angeles Lakers and Louisville, where he became player development coordinator in May.