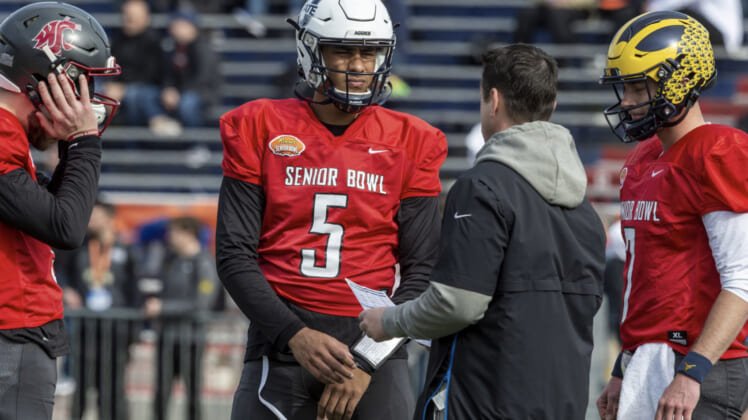 The possible first-round pick is attempting to impress teams ahead of the 2020 NFL Draft.

One question mark surrounding Love can now be thrown out the window. The 6-foot-4 signal caller was cited on marijuana possession charges back in December.

According to KSL.com in Utah, said charges have now been dropped.

“Three Utah State football players who were cited with drug possession charges have had their cases dismissed in court, according to court documents filed Thursday in Logan City Justice Court,” the report read.

We’re sure Love will still be asked about this incident during interviews at the Senior Bowl and the upcoming NFL Scouting Combine. But with the league potentially set to change its marijuana policy, this takes on less importance.

A potential first-round pick, Love put up 3,402 yards with 20 touchdowns and an eye-opening 17 interceptions for Utah State last season.