Top MLB teams most likely to crumble in 2016

How many times have teams been hyped up in the offseason only to severely underperform come April? Too many. We hear baseball pundits claim how great teams are on paper, but seldom do these teams ever translate to wins.

Millions of dollars are spent by general managers during the winter in hopes of raising the World Series trophy come the fall. Big-time pitchers and long-ball power hitters are the most-coveted positions and free agents, but while there were many big-time acquisitions made in the offseason, only a few will pan out.

Here are the teams most likely to underachieve in 2016.

The South Siders had a rough 2015 campaign, finishing 10 games under .500 and 19 games back in the AL Central. With a lot of hype around young studs Chris Sale and Jose Abreu, the future is bright for Chicago.

Unfortunately, the White Sox play in one of the toughest divisions in all of baseball and should take a page out of their city counterpart: the Chicago Cubs.

They were terrible for a number of years but rebuilt their minor league system and produced stars like Kris Bryant, Kyle Schwarber and Jorge Soler who led them to a 97-win season last year.

For the White Sox, they are in this in-between stage of either rebuilding or contending. They’ve decided to take the contender route, evidenced by signing veteran infielders Todd Frazier and Brett Lawrie.

They have a tough hill to climb and will have a better record than in 2015. However, there is too much hype surrounding this team with not enough weapons to make a real playoff run. 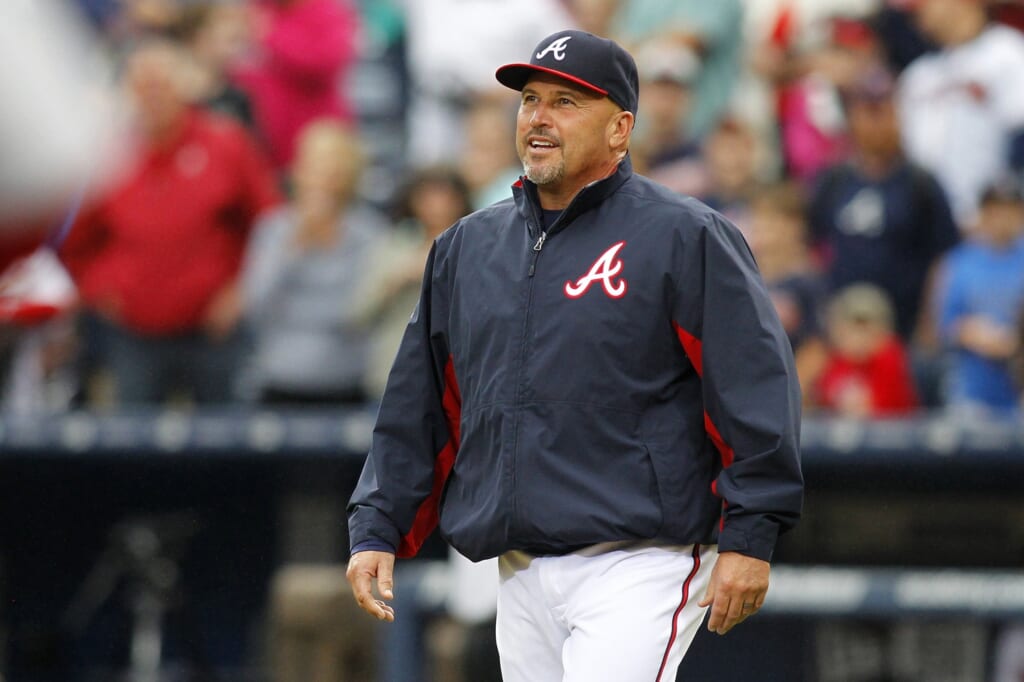 Many Braves fans see 2016 as a rebuilding year, since the club signed veterans nearing the end of their careers.

However, Atlanta has put together a popular team in hopes of still selling tickets before they enter their new stadium in 2017. The Braves added Atlanta native Gordon Beckham to compete with 30 year-old Adonis Garcia at the hot corner and re-signed catcher A.J. Pierzynski.

Consequent to shipping top pitcher Shelby Miller to the Arizona Diamondbacks, Atlanta has committed to the rebuild. Still, the front office has remained cognizant of acquiring well-known players like Beckham.

By the middle of the season, though, fans will most likely being watching a Triple-A squad with a blend of veterans not willing to hang up their cleats and young prospects making their debuts. ESPN ranked Atlanta as having the top farm system in 2016. The Braves will look to contend in a couple years but should finish last in their division in 2016.

Trading away Troy Tulowitzki, a five-time All Star and the rock of the organization for the last decade, proved Colorado was ready to start the rebuilding process. The Rockies finished dead last in the NL West, managing a .420 winning percentage and owning the fourth overall pick in the 2016 draft.

With all of their unloading and what seems to be an “organizational overhaul,” the Rockies surprised many this offseason by signing expensive veterans in slugger Mark Reynolds and closer Jason Motte. These signings are, presumably, to sell tickets and give fans a sense of hope in 2016. After all, Reynolds did show off his muscle during the 2015 playoffs… in batting practice.

Now, the future is bright in Colorado with young talent DJ LeMahieu, a 2015 All Star, and a former top prospect in the Cape Cod Baseball League, which we recently profiled. It’s also rumored the Rockies could move the aging yet extremely productive Carlos Gonzalez to first base in hopes of extending his career.

It may be hard to hear, but the best thing for the organization would be to have a subpar season in 2016. Look for them to ship off Jose Reyes at the trade deadline to a contending team in exchange for some prospects.

Unfortunately, Colorado seems to have instilled this sense of false expectations in 2016 by forming a team that could possibly compete for a division crown. Restocking its already stocked minor league system and player development should be the 2016 priority for Colorado, not trying to make a playoff run bound to fall short. 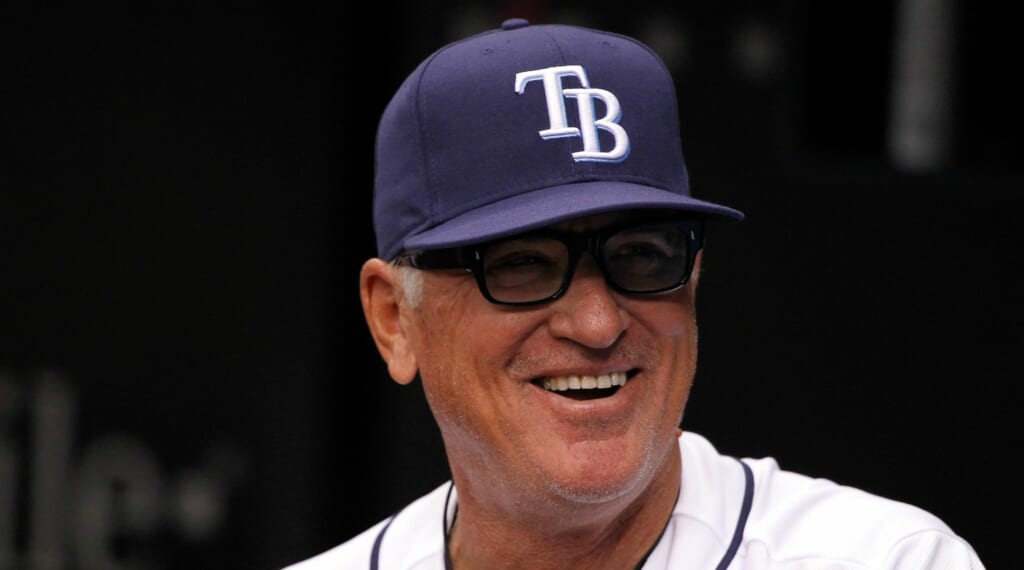 It’s been an interesting past couple years for the Rays. Despite coming in second-to-last in the AL East the past two years, they were right in the Wild Card race with two weeks to go but seemed to collapse.

During each of 2010, 2011 and 2013 they lost in the first round of the playoffs, the last of which to the eventual World Series champion Boston Red Sox.

Perhaps the real turning point in Tampa Bay’s inconsistency was when manager Joe Maddon, who led the franchise to the World Series in 2008, exercised his opt-out clause prior to the 2015 regular season. Why would he do this? Well, perhaps because he saw the demise of the Rays and was tired of playing in front of a highly criticized fan base, or because he saw the potential in the Chicago Cubs. Either way, he left on his own and led Chicago to 97 wins.

Like many teams on this list, Tampa Bay needs to either commit to the rebuilding stage or be a contender. One can see how it’s tough to completely rebuild especially since the Rays had the lowest average attendance in 2015 with 15,403 fans per game. Imagine if they threw out a team of minor leaguers to gain the necessary experience? That 15K per game could easily creep under the 10K mark.

If Tampa Bay is out of the playoff picture come the trade deadline, it will be time to consider trading Evan Longoria. Many contending teams will overpay for him, thus resulting in the Rays restocking their somewhat-depleted farm system.

Playing in a stacked AL East, the Rays will have a very tough time competing and should consider starting from scratch before they completely implode. 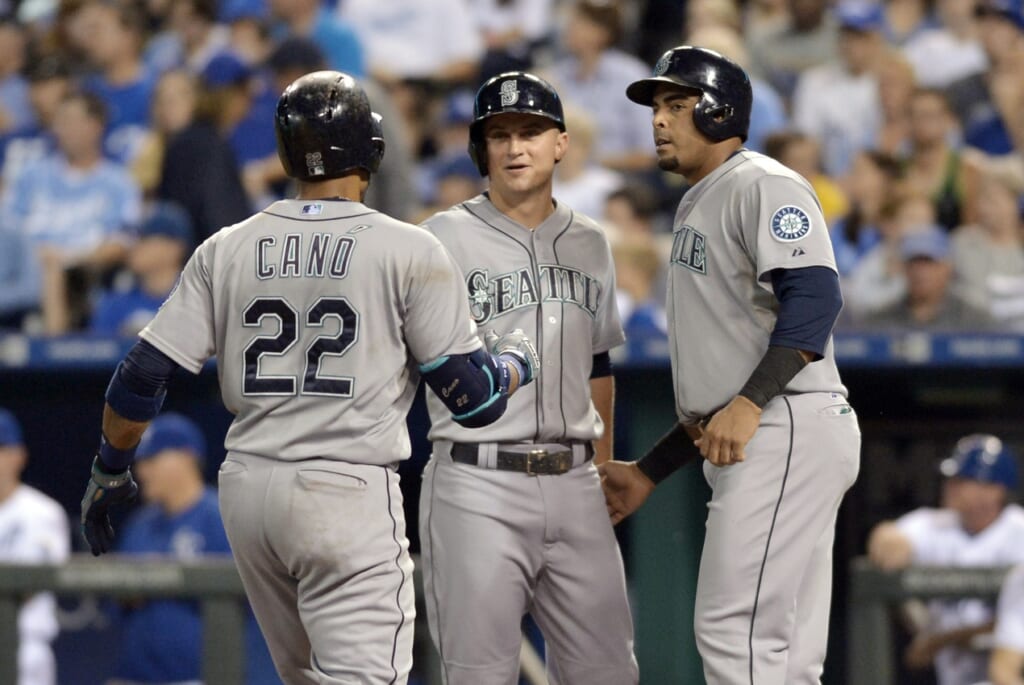 There’s no reason Seattle shouldn’t be consistently competing for the AL West crown. Yes, it is a very talented division sending two teams to the playoffs in 2015, but on paper, the Mariners are one of the top teams in the AL.

They made a huge splash in 2013 by signing second baseman Robinson Cano to a 10-year, $240 million deal, which some now call the worst contract in all of baseball. They also have one of the most dominating starting pitchers in Felix Hernandez, a top power hitter in Nelson Cruz and a steady third baseman in Kyle Seager.

Clearly a change needed to be made, however, hence new general manager Jerry Dipoto. In just a couple months, Dipoto made 11 trades, significant organizational coaching changes and a handful of free agent signings. He obviously saw the talent but also wasn’t afraid to make some necessary changes.

With the Houston Astros and Texas Rangers armed to control the AL West again, Seattle could easily find itself with a high 2017 draft pick. Considering the aging team and tough division, the Mariners could easily crumble in 2016. Dipoto won’t be afraid to orchestrate a complete overhaul to bring his team back to the top. 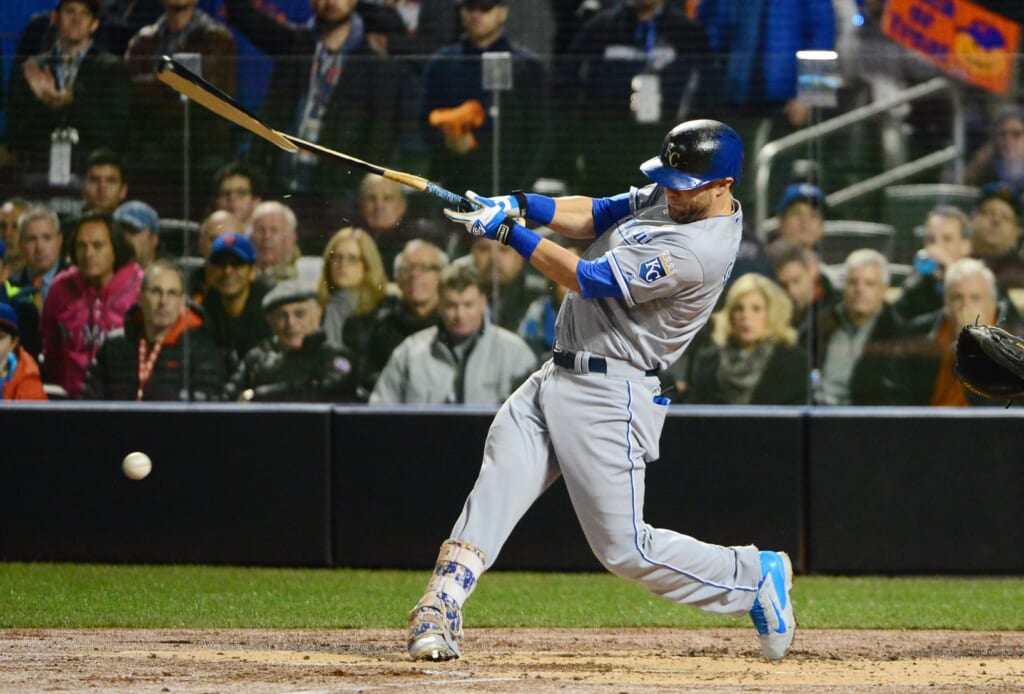 You must be thinking, “What?! Are you kidding me?!” I assure you I am not, and the Royals will have a relatively bad year in 2016.

I know, they had 95 wins in 2015 and made their second straight appearance in the World Series, this time defeating the New York Mets. Kansas City returns nearly the same exact team in 2016, so how could it tank in 2016?

It’s quite simple: Repeating as World Series champions is remarkably tough. Also, how many teams have played in the World Series three consecutive seasons throughout the past 20 years? One. Reaching the ceiling of baseball once again is unlikely.

Furthermore, AL Central foes have made serious strides in the offseason, especially the Minnesota Twins in signing Byung Ho Park. Top prospect Byron Buxton is set to emerge as an elite center fielder. And, if you recall, the Twins were right in the wild-card race in 2015 until an August collapse.

The Detroit Tigers had an uncharacteristically terrible 2015 season but will be back at the top in 2016, especially with a healthy Justin Verlander. The Cleveland Indians will turn heads led by Corey Kluber and Michael Brantley.

Kansas City failed to re-sign key postseason contributors in Ben Zobrist and Johnny Cueto. After a one-two punch of starting pitchers Edinson Volquez and Yordano Ventura, the starting pitching staff has a lot to be desired. The Royals will be relying on the aging Omar Infante as their everyday second basemen while grooming Christian Colon to one day take over.

Jarrod Dyson is only getting older and isn’t able to handle the wear and tear of a 162-game season, and it’s going to be hard for Alex Gordon to have as productive a season as he did in 2015.

Eric Hosmer and Salvador Perez will carry the team once again, but they will not be enough. The Royals arguably played their best baseball as a team last year, so it will be extremely hard to top in 2016. While I don’t see them finishing in dead last in the AL Central, they could be in a real playoff fight come September. 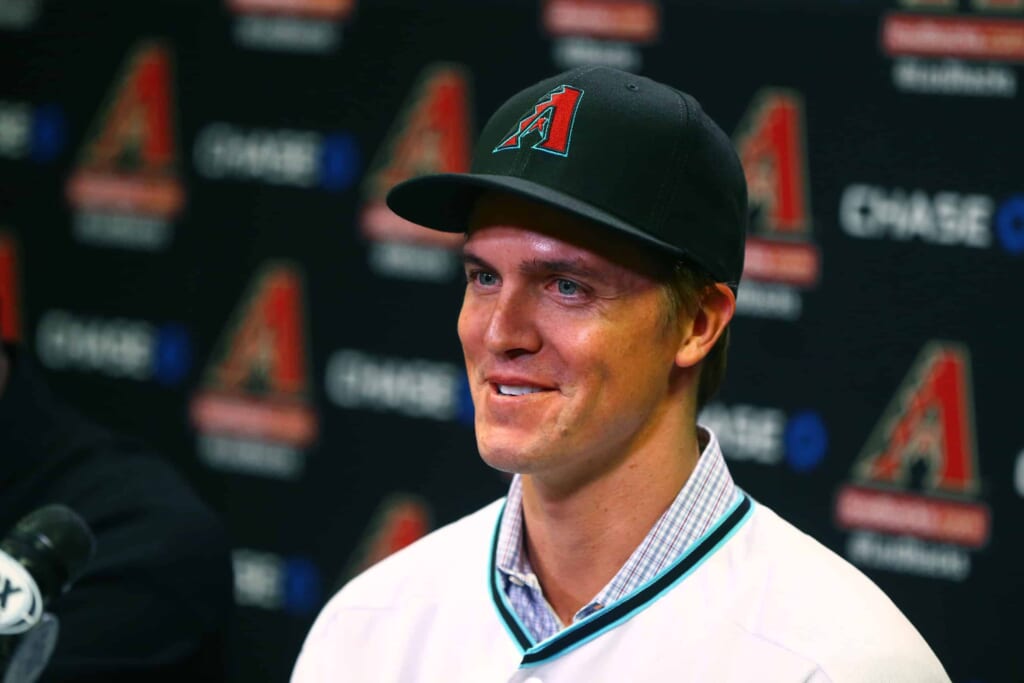 The Diamondbacks are in the rebuilding phase, right? That’s what many baseball pundits thought until they shocked the world by signing the most sought-after free-agent pitcher Zack Greinke to a six-year, $206 million contract.

You don’t spend that type of money on one player in a rebuilding phase — thus automatically catapulting Arizona into serious 2016 contenders on paper.

The D-backs made even more news by acquiring Miller, but why would a team that finished 13 games out of first place spend all this money and not rebuild within? Well, they did.

Homegrown players like A.J. Pollock, Paul Goldschmidt, Chris Owings, Jake Lamb and Yasmany Tomas led Arizona as far as they could in 2015. Pitching was the serious problem — hence the additions of Greinke and Miller.

General manager Dave Stewart decided he had the necessary young, core players and some top pitching was the missing piece to the puzzle. He engineered the ideal squad on paper; Elite starting pitching, a deep bullpen and productive hitters are the keys to a successful roster.

However, Arizona hasn’t had success in a long time, since its last playoff appearance came in 2011. The Diamondbacks are a young and talented team but have streaky hitters and aren’t used to contending for the playoffs.

There’s no doubt Arizona is in the midst of great accomplishments but 2016 could be a rough experience. Seeing as it still will be competing with the Los Angeles Dodgers and San Francisco Giants, our predicted 2016 World Series champs, the division hasn’t gotten any easier.

The Diamondbacks don’t have a deep bench behind Phil Gosselin, and any injuries to starting pitchers will be detrimental.

Expect Arizona to have a scorching-hot first half of the season before the experience of the Dodgers and Giants end the hopes of the Diamondbacks in 2016.