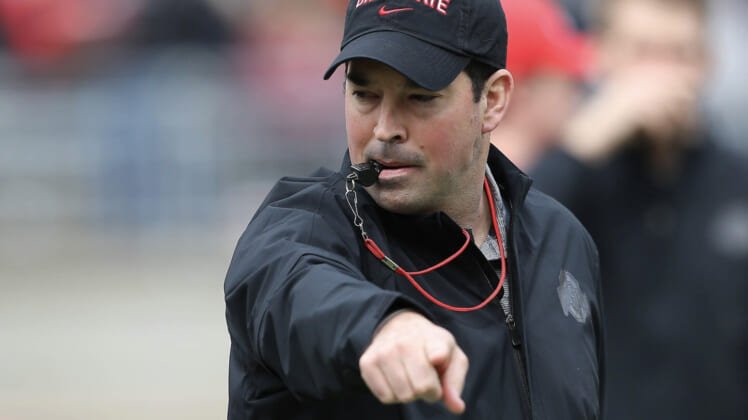 J.J. McCarthy grew up a fan of the Ohio State Buckeyes. All the quarterback ever wanted was to head to Columbus and play football for the program.

“I used to love them (Ohio State),” McCarthy said, via The Athletic’s Ari Wasserman. “Now I want to kill them.” Why the change of heart? Well, it’s rather simple.

Two weeks after committing to Michigan, McCarthy notes that Ohio State head coach Ryan Day and Co. lied to him about their plans for the 2021 recruiting class.

“Coach Day told me he wasn’t going to take (a 2021 quarterback) until the end of summer or anything like that because he wanted to make sure everything was all good, so I didn’t really worry about all that during my visit,” McCarthy said. “But I didn’t get that feeling when I was there. I really didn’t, with all the coaches there and how they interacted with us, I didn’t feel the big family tradition part of it. It was either you’re good at football or you’re over here. That’s what I felt.”

Just a short while after his visit, Ohio State inked 2021 quarterback recruit Kyle McCord. Within a couple weeks, McCarthy had committed to Jim Harbaugh and the Wolverines.

The interesting thing here is that McCarthy is considered the second-best pro-style quarterback of the 2021 class with McCord coming in eighth. This seems to be a major loss for Ohio State.