Starting with a three-game slate on Thanksgiving and concluding on Monday night, this week’s NFL action promises to be filled with a ton of drama. With this comes a lot of tremendous individual matchups.

Can the Minnesota Vikings continue their domination on defense Thursday against a Lions team that needs a win to stay in the NFC North race? In many ways, the outcome of this game will be dictated by how Golden Tate performs against Vikings Pro Bowl corner Xavier Rhodes.

Moving on to the regular slate of Sunday action, the New Orleans Saints and Los Angeles Rams will take on one another in a game between two former division rivals and two of the most surprising teams in the NFL. How will the performances of the lines help determine the victor here?

These are among the top matchups for NFL Week 12. 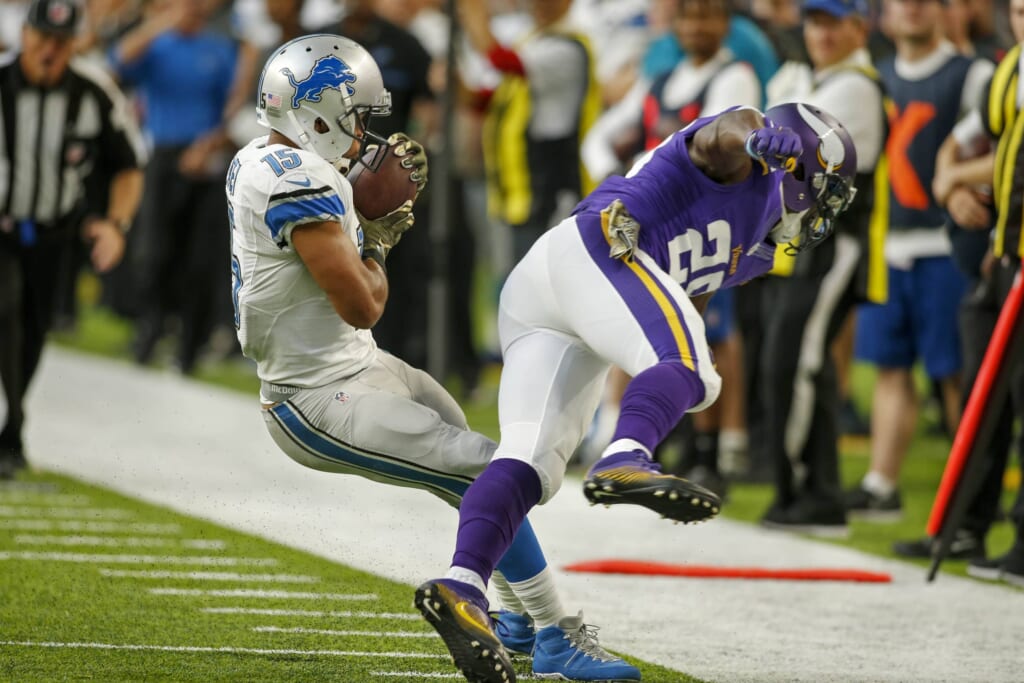 This is going to be a very good Thanksgiving Day matchup. With a win here, the Detroit Lions can actually pull to within one game of the Minnesota Vikings in the NFC North. That’s where the Matthew Stafford to Golden Tate connection needs to come up big. Tate has been on an absolute roll recently, having caught 27-of-31 targets for 392 yards over the past four games.

It’s definitely not going to be an easy task taking on a Vikings pass defense that held the high-flying Rams in check last week. And for his part, Rhodes remains one of the top cover guys in the NFL. While penalties have been somewhat of an issue, he has yielded a sub 60 passer rating when targeted. This promises to be a great matchup within the context of a larger divisional battle.

Reeling after yet another loss, Miami has given up 250-plus passing yards in each of the past three games. Thus far this season, the Dolphins are now yielding a 104.3 opposing passer rating. This includes a 75 percent completion mark and 125-plus quarterback rating when tight ends are targeted.

If Miami is to have any chance to pull off an upset against the red-hot defending champion New England Patriots, this will have to change in short order. Tom Brady continues to be on absolute fire, having tossed 22 touchdowns compared to two interceptions on the season. He also boasts a 130-plus passer rating when targeting Rob Gronkowski. You can do the math from there. 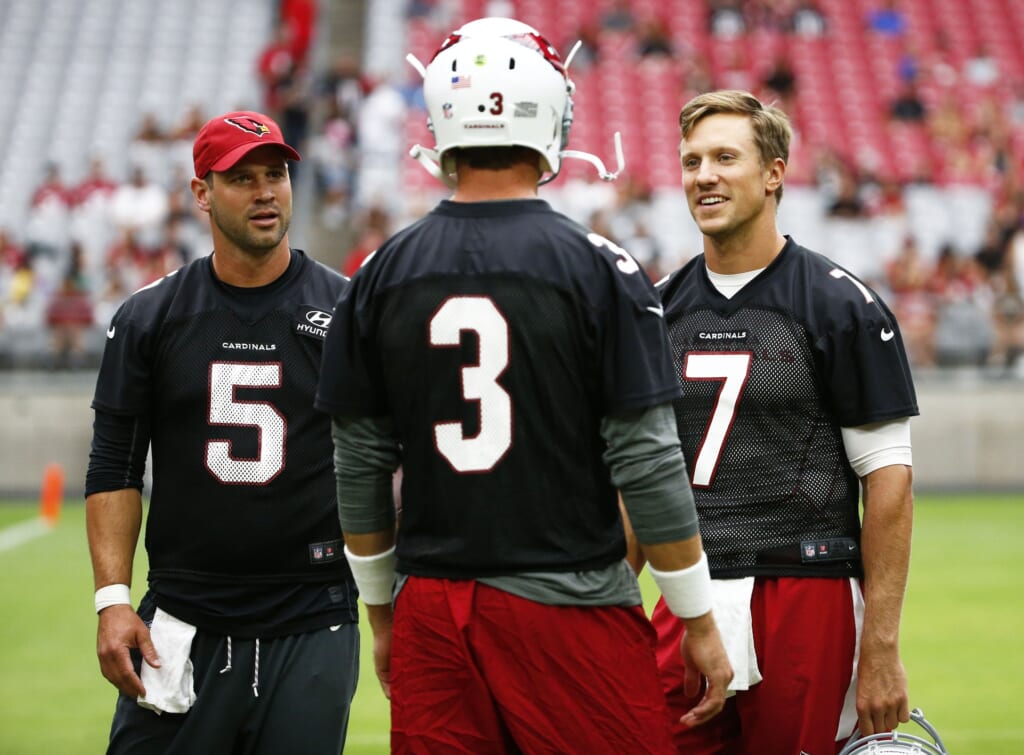 There’s certainly some irony involved in this matchup. When the Jacksonville Jaguars drafted Blaine Gabbert in the top 10 back in 2011, the hope was that he’d be the one to lead this team to an AFC South title.

Many moons later, Gabbert takes on his former Jaguars team as a member of an Arizona Cardinals squad that might very well view him as the future at quarterback moving forward. Gabbert performed pretty well in his first start with the Cards last week, throwing three touchdowns in a loss to the Texans. At the very least, head coach Bruce Arians and Co. want to see what he can provide down the stretch of what has been a lost season for Arizona.

On the other hand, Gabbert’s former Jaguars team heads into Week 12 with a 7-3 mark and still alive for a first-round playoff bye. It ranks No. 1 in the NFL in pass defense and should be able to put consistent pressure on Gabbert throughout the game. If so, the quarterback’s first game against his former team will likely result in a loss.

Dallas did a much better job protecting Dak Prescott Sunday against the Eagles than what we saw back in Week 10’s loss to the Falcons. Still, there’s some major issues here. We know the left side of the line is going to struggle until All Pro Tyron Smith is 100 percent. That’s where Collins, in his first season as a full-time starting right tackle, must continue to step up.

At 5-5 on the season, Dallas is in desperate need of a win at home against the Chargers on Thanksgiving. It’s not going to happen if Bosa continues to absolutely dominate from a pass-rush perspective.

Including a strip-sack that resulted in a touchdown last week against Buffalo, Bosa has recorded eight sacks and three forced fumbles over the past six games. He’s a menacing figure we have not seen since J.J. Watt was 100 percent and dominating in Houston. It also has Los Angeles just two games back of Kansas City in the AFC West. 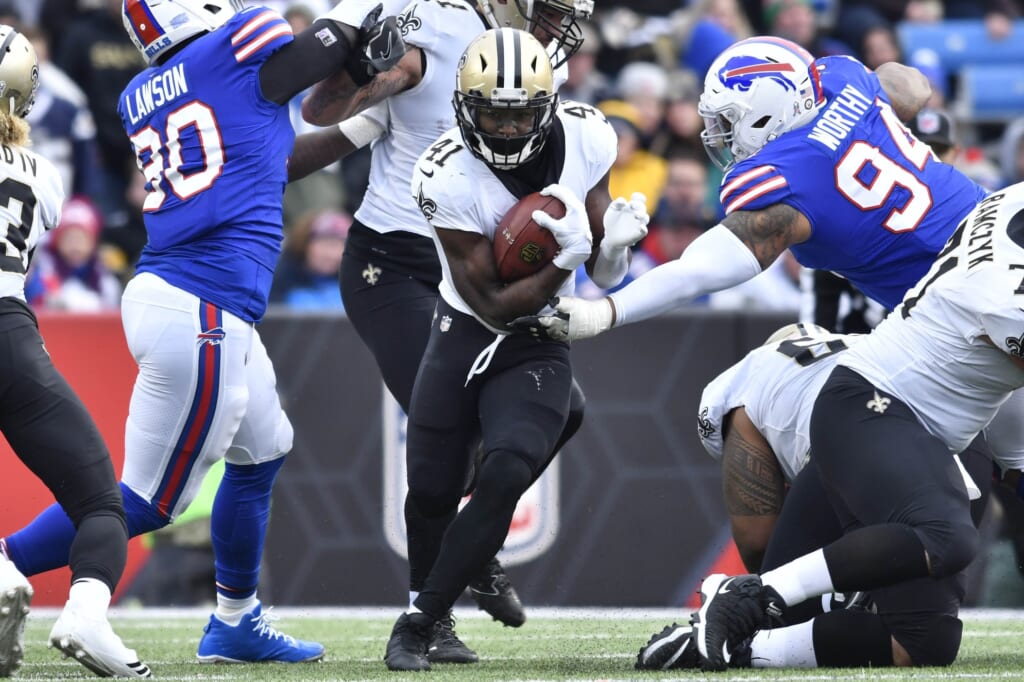 For those of us who love big bullies going up against big bullies, this is going to be an absolute blast. Rams defensive linemen Michael Brockers and Aaron Donald will be tasked Sunday with stopping a Saints rushing attack that surprisingly ranks third in the NFL and is averaging 4.8 yards per tote.

Sure the likes of Alvin Kamara and Mark Ingram get most of the play for a Saints team that’s won eight consecutive games. But the team’s offensive line has been absolutely awesome in terms of run blocking this season.

Taking on a Rams defense that ranks in the bottom five of the NFL against the run, this is definitely an advantage for the Saints. It will be important for Los Angeles to improve in this area if it wants to rebound from last week’s loss to the Vikings and remain atop the NFC West.

With Vontae Davis no longer on the Colts, Melvin has stepped into the No. 1 corner role and has legitimately played great football thus far this season. In fact, one could conclude that he’s one of the few brights spots for the last-place Colts on the season. Through 10 games, Melvin has recorded 12 passes defended and has two interceptions.

On the other side, Titans quarterback Marcus Mariota is coming off a disastrous four-interception performance against Pittsburgh last week. He continues to struggle finding a connection with rookie Corey Davis (46 percent completion). Instead, Matthews has stepped up into that top receiver role. He caught a 75-yard touchdown last week and boasts a 63 percent catch rate on 68 targets this season. 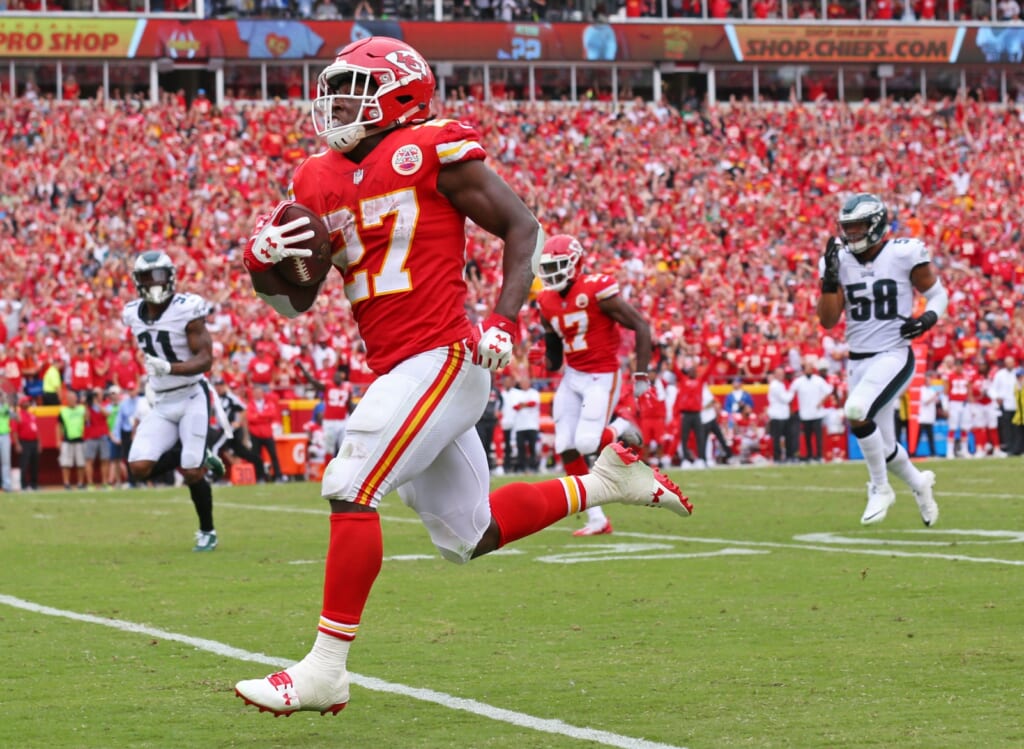 A tale of two struggling teams that need to find a way to right the ship. This specific matchup is also a tale of two struggling aspects on each team. After setting the NFL word on fire earlier in the season, Hunt has hit that proverbial rookie wall for the Chiefs recently. He’s put up a grand total of 146 rushing yards over the past three games and is averaging three yards per rush during that span.

On the other hand, Buffalo’s run defense has been an utter disaster since the team traded defensive tackle Marcell Dareus prior to last month’s deadline. This unit has given up an average of 183 rushing yards over the past three games. At 5-5, Buffalo needs this bleeding to stop. And with the first-place Chiefs having lost four of five, something has to give here.

Jeffery takes on his former Bears team this week after spending his first five NFL seasons in Chicago. He does so with his Philadelphia Eagles boasting a league-best 9-1 record and the receiver finding a tremendous connection with MVP candidate Carson Wentz.

Last week against Dallas, Jeffery caught four passes for 67 yards, including a tremendous touchdown. He’s now tallied four scores over the past three games. Talk about getting in rhythm with your new quarterback.

Surprisingly, it won’t be an easy task against the Vic Fangio-led Bears defense this week. Chicago ranks in the top 12 of the NFL against the pass. Look for the Bears to zone in on Jeffery Sunday as a way to take away Wentz’s new favorite target. 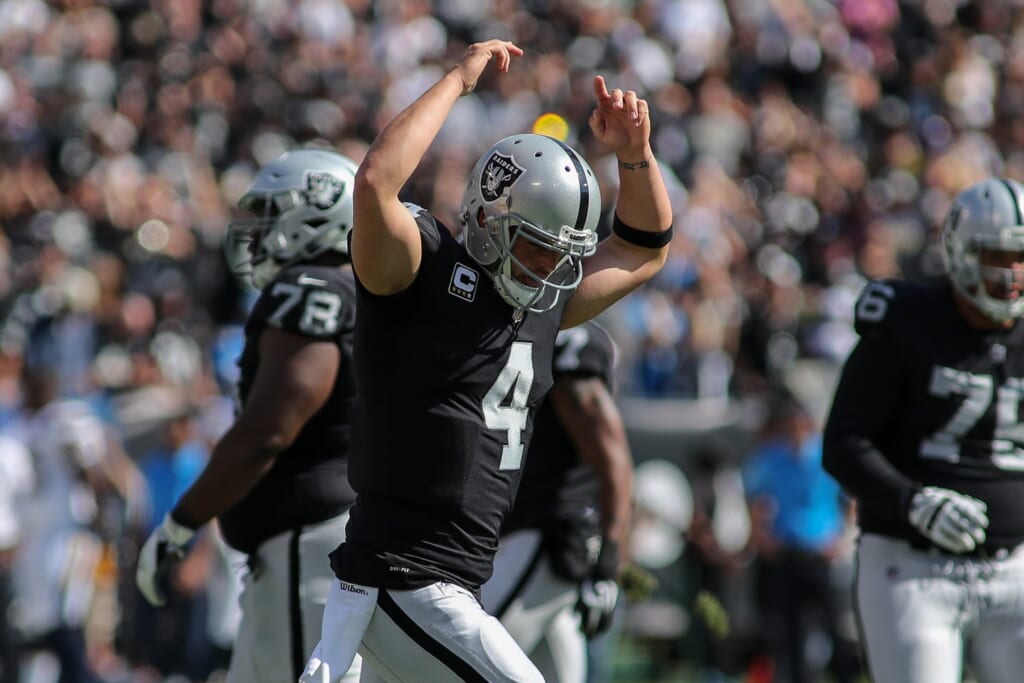 Despite being humiliated in Mexico City by the Patriots last week, Oakland still finds itself only two games behind Kansas City in the AFC West. This doesn’t mean the team is any way in contention in the division. The Raiders simply need to play better football on both sides of the ball.

Unfortunately, hoping it’s going to happen defensively is foolish. Oakland has yet to intercept a single pass this season. And no matter who starts under center for Denver, we can expect continued struggles here.

Instead, it’s all about Derek Carr actually performing at a high clip. It’s something we have not seen a lot of since a 2-0 start to the season. In fact, Carr has thrown nine touchdowns compared to eight picks in his past seven starts. That’s just ugly.

Now set to take on a Broncos defense that ranks in the top five of the NFL against the pass, this must change in order for Oakland to start a win streak it needs to get back in the playoff race.

Some questioned why the Rams placed the franchise tag on Johnson again this past offseason. He didn’t seem to be a fit in a new Wade Phillips-led defense. And at $16.7 million annually, Johnson had never really proven himself to be a top-end corner.

Well, that’s changed big time in 2017. As the Rams’ best cover guy, Johnson is the primary reason this defense heads into Week 12 ranked in the top 10 against the pass, yielding a 76.4 quarterback rating in the process.

Los Angeles will have to stop the Drew Brees-to-Michael Thomas connection on Sunday if it wants to bounce back from last week’s loss and stay in contention for home-field advantage in the NFC Playoffs.

Having caught nearly 74 percent of the passes thrown in his direction this season, Thomas is an elite-level option for Brees. If the two connect in a big way here, New Orleans will win its ninth consecutive game after an 0-2 start to the season.

If the 49ers are going to pull off the upset at home against Seattle this week, these players are going to have to step up big time. The good news here is that even with the addition of Duane Brown, Seattle continues to struggle from a pass protection perspective.

That came out in droves this past Monday night when Russell Wilson was hit a total of eight times in a loss to the Falcons. Considering San Francisco put 10 hits on Wilson in a narrow Week 2 road loss against Seattle, there has to be some confidence that this will repeat itself Sunday.