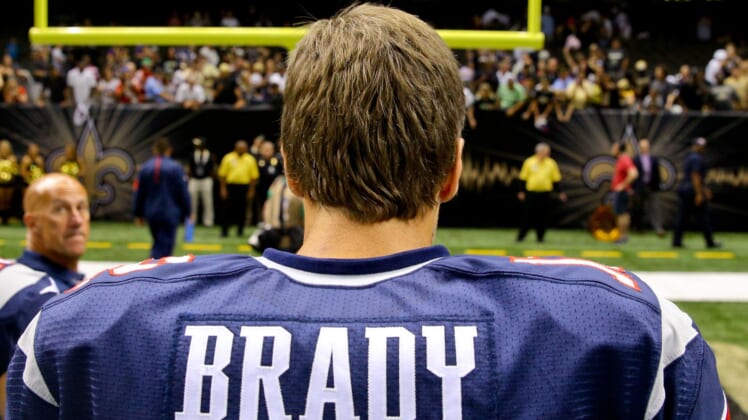 The NFL offseason is shaping up to be one of the most memorable of all time with top quarterbacks potentially moving to new teams en masse.

Drew Brees has already declared he’s coming back for the 2020 season and will be playing with the New Orleans Saints. So, there’s one domino that’s already fallen. But there are plenty more as players like Tom Brady, Philip Rivers and Cam Newton have yet to get settled ahead of the 2020 season.

With that in mind, here’s a look at the top landing spots for the top quarterbacks who could be on the move in 2020.

The rumor mill has been buzzing about Jon Gruden coveting the chance to work with Brady as the Raiders move into their new stadium in Las Vegas. The Raiders have some key playmakers already in place to provide Brady with the weapons he needs, with tight end Darren Waller and slot specialist Hunter Renfrow being atop the list, and their offensive line was darn good last season with the potential to continue ascending.

One report indicates the Raiders are already prepared to offer Brady a two-year deal to come to Las Vegas. It sure would be an incredible way for the Raiders to usher in their new era, and with an abundance of cap space, they could lure another star there as well.

Given the fact that Philip Rivers just moved his family to Florida, many have assumed the Tampa Bay Buccaneers would be the best fit. But a former teammate of Rivers made very good points in a recent interview in which he laid out why the Colts are the best team for Rivers in 2020.

Indy has a solid core of young players, a dominant run game when Marlon Mack is healthy, a defense loaded with young stars, and talented receivers. Rivers would come in for a couple of years while the Colts search for the quarterback that can usher them into their next era. It’s a perfect fit.

It won’t be much longer until Cam Newton can pass his physical and the Carolina Panthers can finally (publicly) make a decision about his future. Newton’s about to hit the final year of his current contract and is set to count just $21 million against the cap. Compared to the contracts other starters have inked recently, that’s a smashing deal. Carolina could easily keep him in 2020 and see what happens.

But it sure seems like the franchise is setting itself up for a longer-term rebuild, similar in scope to what the San Francisco 49ers did when they signed Kyle Shanahan. With that in mind, we’re expecting a trade, and the Bears make too much sense.

Despite their public show of support for Mitchell Trubisky, the Bears have to do something to spark their offense. Trubisky has not shown any ability to consistently show off elite traits, and he’s held back a team that has a championship-caliber roster. Adding Newton would give the Bears a much-needed measure of credibility and a real shot at coming out of the NFC.

Why mess with success? The Titans have the cash to dole out a top-level contract to Ryan Tannehill, who sparked the offense last year and was the biggest reason the team had a playoff run at all. He helped young receivers like A.J. Brown and Corey Davis come into their own in the second half, and his willingness and ability to take shots downfield fits this team’s offense like a glove.

Whether the Titans should pay running back Derrick Henry and Tannehill is another matter, entirely.

The Chargers have talked about Tyrod Taylor as a potential starter. But it’s impossible not to imagine the havoc Derek Carr could wreak playing in an offense that features Keenan Allen, Mike Williams and Hunter Henry. Especially given the Chargers’ determination to run the ball between the tackles, no matter who’s in the backfield.

Likely, this pairing would need to happen via trade, since Carr still has three years left on his current deal. Or, at least that’s what the Raiders would want to take place. But when you consider that Carr’s contract only has $7.9 million in guarantees, it’s not impossible to envision the Raiders could just end up cutting him if no team bites.

One of the things that Tom Brady has done so well for the Patriots over the course of his career is manage the game beautifully. That’s something Teddy Bridgewater proved he can do last season when he came into the staring lineup for the New Orleans Saints and the team didn’t miss a beat.

Before his devastating knee injury derailed his career, Bridgewater was coming on strong as one of the league’s most promising young quarterbacks. His play last season showed he’s still capable of becoming a franchise passer. Assuming Brady does move on, the Patriots could remain a force in the AFC by adding this budding star.

Bucs head coach Bruce Arians was clearly frustrated by the way last season’s offense was so emphatically punctuated by a record-breaking, maddening season of quarterback play by Jameis Winston. Turnovers kill offenses. And since his arrival on the NFL scene as the No. 1 overall pick of the 2015 NFL Draft, no quarterback has more than Winston.

For every maddening turnover that has taken place, Winston has made an elite throw that boggles the mind (like this). He’s supremely talented, and when he’s on, Winston is as deadly as any quarterback in the league. With that in mind, it won’t be shocking to see him come back to Tampa Bay for the 2020 season.

The contract negotiations between Dak Prescott and the Cowboys have not necessarily been smooth and painless. In fact, this thing has been dragging on so long now that the new CBA could end up biting Jerry Jones in the behind in a massive way.

But folks, make no mistake about it: Dak Prescott is going to remain with the Cowboys in 2020. The team will not risk losing a player it considers to be a franchise leader, and the franchise tag will be applied before free agency. Period.