More than two months removed from the end of the World Series, the usually frenetic hot stove season has been rather cold. As a result, many of the top MLB free agents remain unsigned.

After having a historic season for the Detroit Tigers and Arizona Diamondbacks, J.D. Martinez heads the class of remaining free agents. But he’s far from the only valuable player out there to be had. Pitchers like Jake Arrieta and Yu Darvish would fit in at or near the top of any rotation. It would be hard to find a team that couldn’t use the services of a hitter like Mike Moustakas or Todd Frazier.

If you’re a fan of a team that’s had a quiet offseason, it’s easy to be frustrated. We certainly get that. Just know that there are plenty of top-tier free agents still available.

These are the best among them. 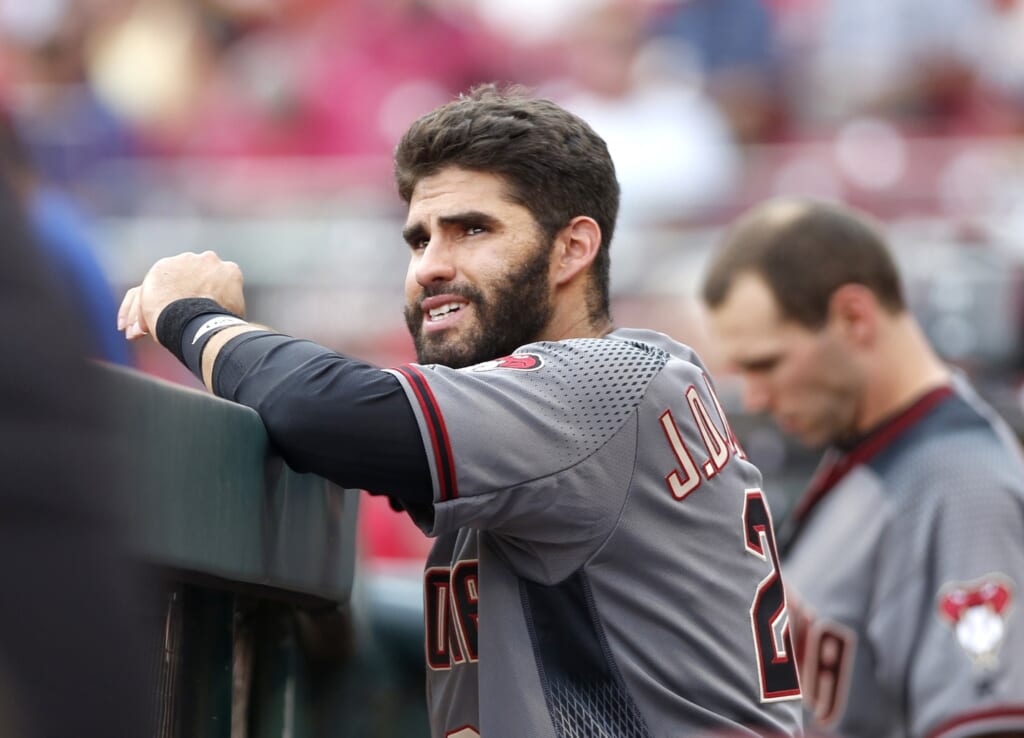 We start with the biggest fish on the market. Martinez slashed at .303/.376/.690 a season ago. He also hit 45 homers and drove in 104 runs in only 119 games. It doesn’t take a genius to figure out how Martinez can make an impact anywhere. Martinez is 30. That’s not old by any means. But with a long-term contract, he may be best suited for the American League. But one would be hard pressed to find a team in either league that wouldn’t love having this slugger in the middle of the order.

Maybe your team needs a closer. If so, you can do a lot worse than a guy who locked down 41 saves a season ago. But even if you’re set at closer, the last several postseasons have taught us that strong bullpen play is vital to going on a deep playoff run. Holland posted a 3.61 ERA, 1.15 WHIP, and struck out 11 hitters per nine innings while playing his home games in baseball’s best hitter’s park. We’d list teams that should be pursuing Holland but truthfully, it’s hard to come up with one who shouldn’t.

Much like you can’t have too many good relievers, it’s simply impossible to have too many good starters. Over the last four seasons, Arrieta has struck out 9.1 hitters per nine innings, posted a 2.61 ERA, 1.03 WHIP, and won a Cy Young. Arrieta was also the co-ace on a World Series champion. In his postseason career, Arrieta has a K/9 rate of 11.3, a 3.08 ERA, and a 1.08 WHIP. So, he’s comfortable on the big stage. Any team could definitely use Arrieta. Any team that sees itself as one top tier pitcher away from contending should be beating down his door.

The long ball was big in 2017 and barring an unforeseen seismic change, it’s going to be big in 2018. So it seems kind of crazy that the free agency of Morrison, a man who belted 38 home runs in 2017, has flown largely under the radar. We get that there are concerns. His 38 home runs in 2017 nearly equaled the 42 he hit from 2014-2016. But despite the power influx over the 2016 and 2017 seasons, a number of teams really lack pop. One of those teams would be well served to take a chance on Morrison having a similar year.

We’re not trying to convince anyone that Lynn is an ace. But while he wouldn’t be an Opening Day starter, Lynn would be a valuable addition to nearly any rotation in baseball. He has a career ERA of 3.38, WHIP of 1.29, and a K/9 rate of 8.5. He missed all of 2016 with Tommy John Surgery, but bounced back in 2017 with a 3.43 ERA, 1.23 WHIP, while striking out 7.4 hitters per nine. Even further removed from the surgery, we like his chances to come back and at least be that good again in 2018. That would make him a solid No. 2 or No. 3 starter on most MLB teams. 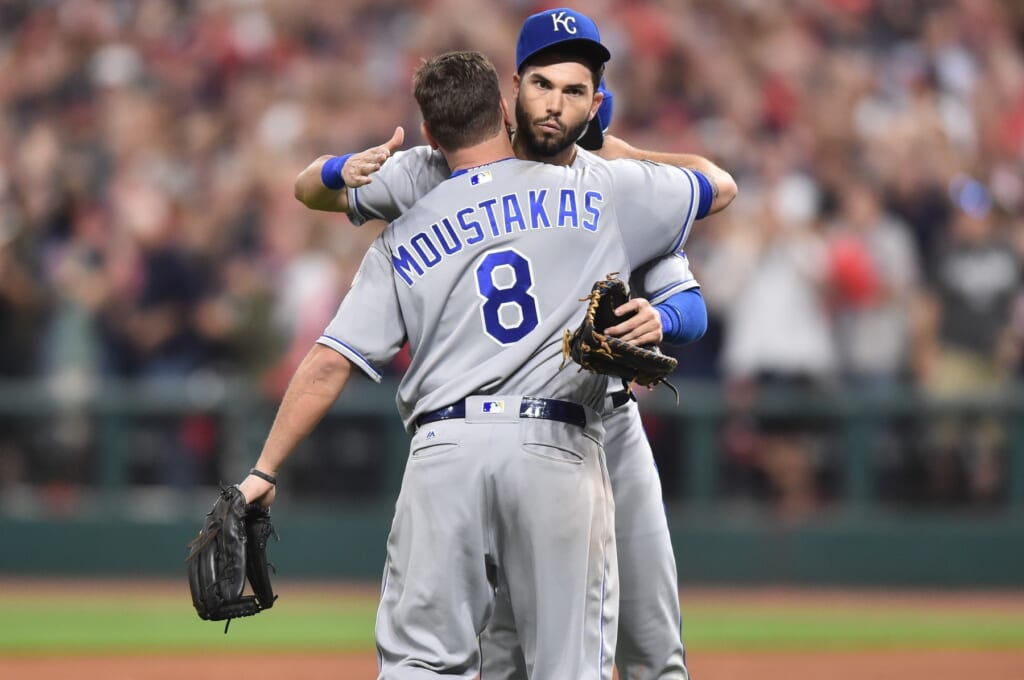 Moustakas is similar to Morrison. Both men hit 38 home runs in 2017 and in both cases, it nearly equaled the total of the previous three seasons. So, there’s an undeniable consistency element to worry about. That said, Moustakas is a two-time All-Star. He also plays third base, a position that doesn’t feature great depth league wide, at least in terms of legitimate power. Any potential suitors should definitely be concerned that Moustakas would slip back into the 20-25 home run range after giving him 40 home run money. But given how prolific Moustakas’ pop was in 2017, he’s a risk worth taking.

You know what you’re getting with Duda. He doesn’t hit for a high average, but still generates a decent OBP with a high walk rate. The real plus is the power. Duda hit 27 or more home runs in three of the four seasons between 2014-2017, with an injury plagued 2016 being the only exception. When Duda’s been at his best, his power hasn’t quite matched what guys like Morrison and Moustakas have done. But the gap between his best and his average isn’t as immense as it is either LoMo or Moose. Duda is not a great overall hitter. But he is someone who can change a game with one swing of the bat.

Cobb is a different kind of starter than what we’ve grown used to seeing in recent years. He’s not the kind of guy who’s going to strike out a lot of hitters. But that’s both good news and bad news. The bad news is obvious. In an era where hitters are hitting home runs at record numbers, they’re also susceptible to strike outs. Having a pitcher who can take advantage of that is key. The good news is that the fear of regression is smaller. Cobb is now 30 and we’re not as concerned that his game will slide when his power diminishes. So, the career 3.50 ERA and 1.22 WHIP has a solid chance of being maintained for a while.

Cain is different from the previous hitters we’ve gone over in that he’s not a power hitter. It’s not surprising when Cain does hit a home run, it’s just not his game. But he is a valuable offensive weapon. Over the last four years, Cain has slashed at .300/.352/.437. He’s also stolen bags in that time. Cain brings additional value in the outfield. He’s manned center field at the spacious Kaufman Stadium more than competently in his career. If he can play a good center field there, there’s no reason to think that he wouldn’t do the same in pretty much any MLB park.

Other than shutdown closers and Andrew Miller, relief pitchers don’t usually generate a ton of buzz. But when your team is trying to protect a close lead, you realize how valuable they are. This is especially true in pennant races and the postseason. Over the 2016 and 2017 seasons, Reed posted a 2.40 ERA, a sub-1.00 WHIP, and struck out 167 hitters over 153.2 innings.

Even better is that he’s not a specialist. Reed is more dominant against right-handed hitters. But there’s no reason to worry about him facing a lefty. Reed won’t be the sexiest signing, but he could be one of the most important.

Gonzalez has been around for so long that it’s hard to believe that he’s only 32. With that in mind, we need more than just one down season to call this guy washed up. Cargo certainly had a 2017 to forget. But over the previous two seasons, he slashed at .285/.337/.522 and hit 65 home runs. The days of Gonzalez being a five-tool MVP candidate are probably gone. But there’s reason to believe that he still has plenty of days as a productive MLB hitter ahead of him. 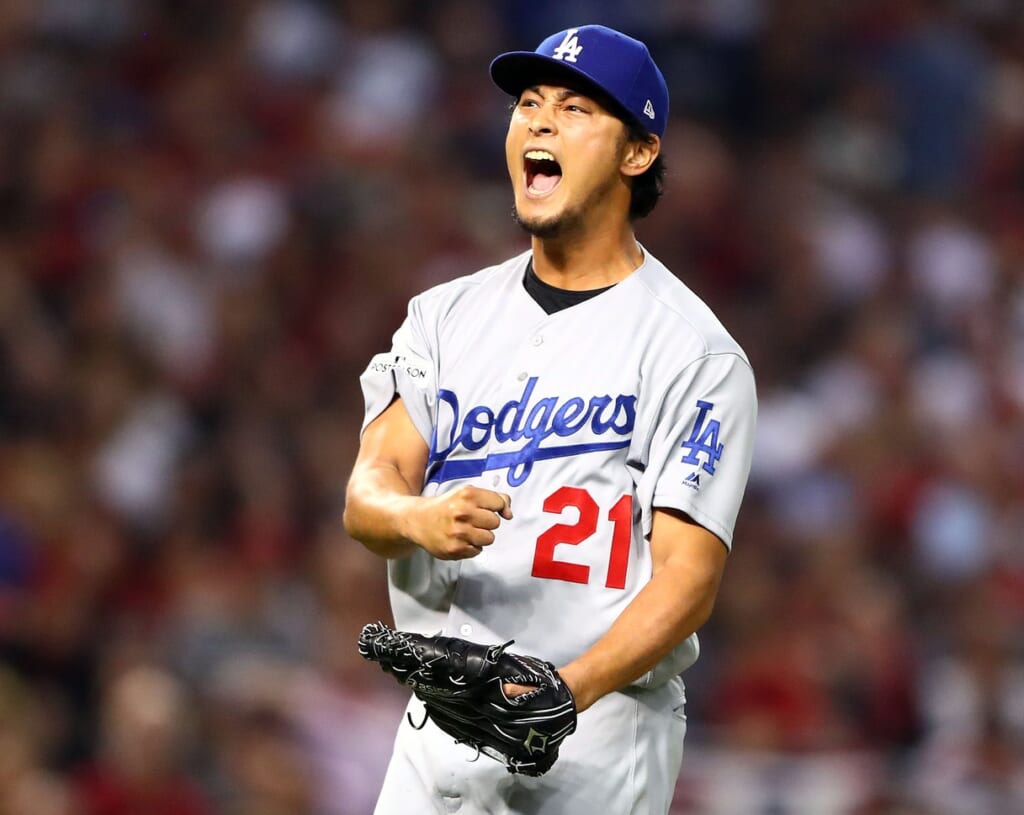 Darvish has been a frontline starting pitcher since joining MLB in 2012. He has a career ERA of 3.42, WHIP of 1.18, and has struck out 11.1 hitters per nine innings — a fantastic total for a starter. The drawback of Darvish is that he had a terrible World Series.

A career being derailed after some poor outings in big games would not be unprecedented. The good news is that the problem, while significant, is fixable. Darvish was tipping his pitches. Against a team like the Houston Astros, that’s a big problem. But he knows what to work on. Once that’s fixed, it becomes an issue of stuff and as the numbers show, Darvish has that in spades.

Cabrera is similar to Cain in that he’s not known for his immense pop. So, if you’re an executive looking for a guy to come in and hit 35+ home runs, Cabrera is not for you. But Cabrera is an effective hitter. From 2014-2017, he slashed at .289/.333/.431 while averaging a respectable 15 home runs a season. That kind of hitter can fit in somewhere in the top six spots of most lineups. He doesn’t play center field anymore, so his defensive value can’t match Cain’s. But Cabrera can play either corner outfield position competently. That, along with consistent offensive production, makes him a valuable free agent. 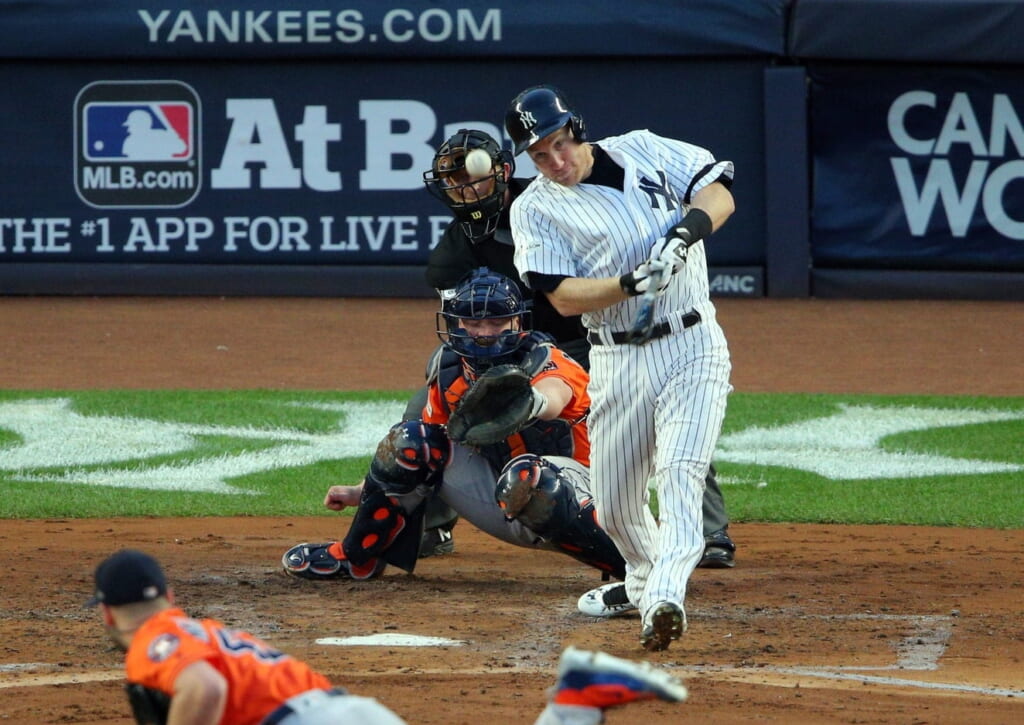 Everything that we said about Duda applies to Frazier, only on an even greater scale. He’s not going to hit for a high average and he is going to strike out a lot. But you know that going in. What you also know going in is that Frazier is going to hit for a lot of power. He hit 27 home runs in 2017, has hit 27 or more in each of the last four seasons, and is only one season removed from hitting 40. As long as the team that signs Frazier can work around the cons, his pros are overwhelmingly positive.

Not too long ago, the soon-to-be 28-year-old Rosenthal was thought to have one of the best arms in baseball. A rough 2016 turned people off. But he still has a career 2.99 ERA, 1.31 WHIP, and K/9 rate of 12.0. If we take that poor 2016 season away, it’s a 2.78 ERA, 1.22 WHIP, and the same 12.0 K/9 rate. We can’t just wipe one whole season from his resume. But the fact that he bounced back so well gives us reason to deemphasize it. This guy has the stuff to be one of baseball’s most impactful relief pitchers. And the numbers show that he’s not too far away from that.

At one point of his career, Cashner was a strong strikeout pitcher. Those days are gone. While that would point to regression, his other stats say otherwise. In 2017, while striking out only 4.6 hitters per nine innings, Cashner posted a respectable 3.40 ERA and 1.32 WHIP. He did all of that, mind you, while playing his home games at the very hitter friendly Globe Life Park in Arlington. Cashner won’t be fronting any rotations, at least not for contenders. Bu he’d slot in nicely somewhere in the middle of pretty much any starting rotation in the league.

Is Hosmer overrated? Or as he been called overrated so often this offseason that he’s become underrated? That’s in the eye of the beholder. We can only look at the numbers. Hosmer is coming off of a career year, slashing .318/.385/.498 and hitting 25 home runs. For his career, he’s slashed .284/.342/.439 and averaged 20 homers per 162 games played.

He’s also the reigning Gold Glove winner and has won it in two of the last three seasons. On top of that, Hosmer is only 28. Again, overrated vs. underrated depends on who’s doing the rating and who’s reacting to it. But it’s undeniable that Hosmer is an incredibly valuable player.