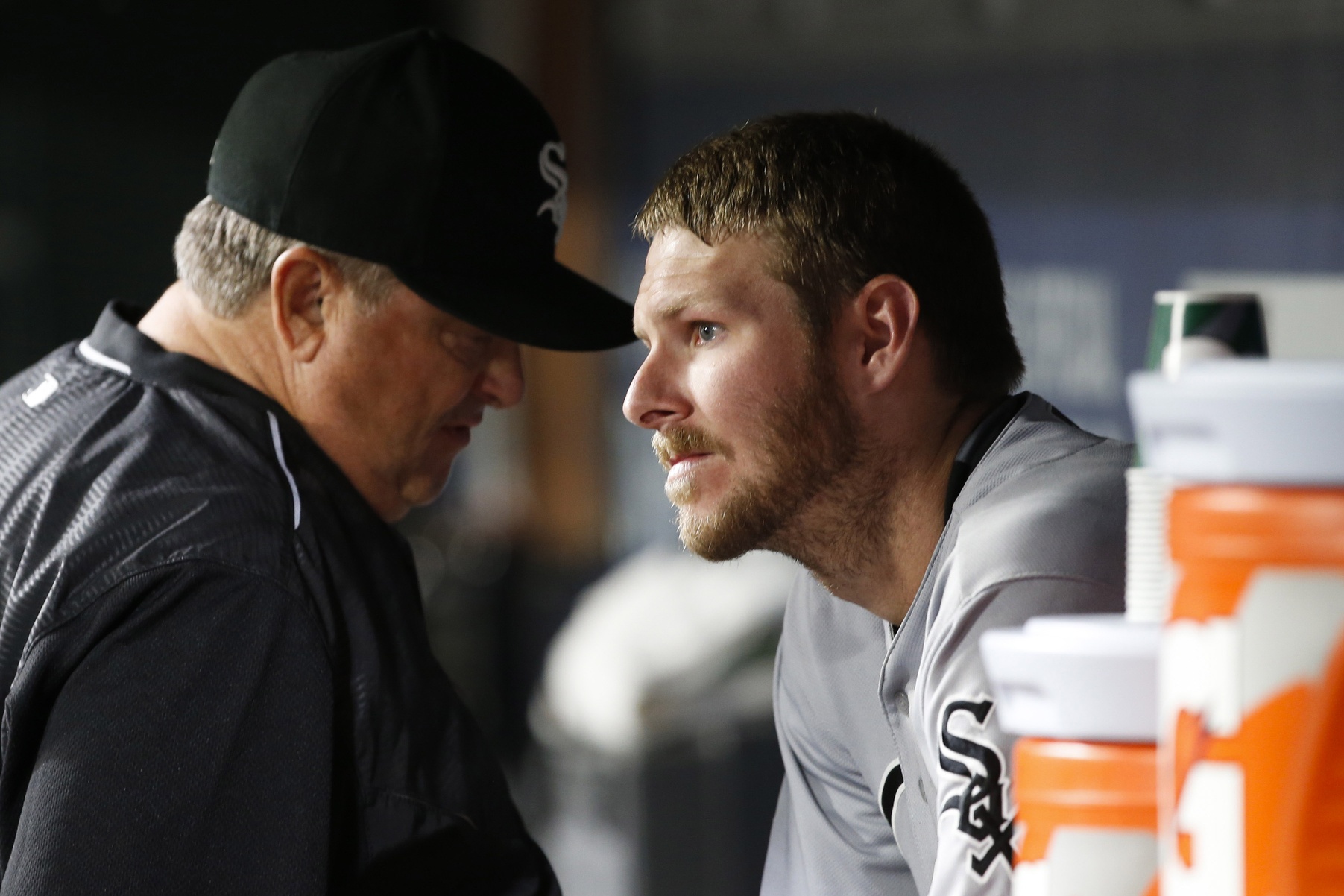 The MLB trade deadline is days away, and with that, we’re into one of the busiest weeks on the baseball calendar.

What are the top storylines to follow as we head towards the trade deadline?

Over the course of 162 games, inevitably troubling things happen in MLB clubhouses. Players argue with management, coaches and each other. Occasionally those arguments even turn physical. Because situations like that are so common, they’re generally not terribly hard to move past.

But a player walking into the clubhouse and taking a knife to the team’s uniforms for the day?

That’s not exactly an incident with a lot of precedent. It also seems hard to move past. Chris Sale is a brilliant pitcher, but now he will forever be the guy who slashed the 1976 throwbacks with a knife. Good luck getting used to that label.

That’s why general manager Rick Hahn’s statement that Sale did not ask for a trade is so hard to believe. We’re supposed to believe that Sale went from being that angry to that rational in less than 24 hours? Hahn may have to publicly say it to keep Sale’s value high. But we don’t have to buy one word of it.

2. Are the Yankees really done selling?

Aroldis Chapman is gone to the Chicago Cubs, but New York Yankees owner Hal Steinbrenner is reportedly not ready to start selling the rest of his players (more on that here).

This would be a mistake.

The Yankees still have assets that buyers would want to make deals to acquire.

Michael Pineda and Ivan Nova are not front-line starters. Still, both can add rotation depth to a contender. Carlos Beltran is not the player he once was, but can still be a valuable DH.

Heck, when called upon, he can still make a decent play in the outfield, as well.

If New York is going to get back to baseball’s promised land, it will have to fully embrace a rebuilding project. The best way to handle a project like that is to acquire numerous young players. Some, of course, will not pan out. But the more prospects a team acquires, the more likely it is to develop a future championship core.

If Hal Steinbrenner is not just posturing and really sees this team as one that should be going hard for the playoffs, then he’s not doing the Yankees or their fans any favors.

Steinbrenner’s stance is even worse when we consider that this is definitively a seller’s market. That was established when the Boston Red Sox traded for Drew Pomeranz.

Now that Chapman has been traded, the market is even more favorable to sellers — especially sellers that have pitching to offer.

The Washington Nationals and Cleveland Indians were both in on the Chapman sweepstakes. They shouldn’t be expected to just roll over now that he’s gone to the Cubs. The Rangers and San Francisco Giants both desperately need bullpen upgrades, as well.

But too many contenders need to upgrade, especially now that shots have been fired from rival teams. That will lead to overpaying for players who fall into the “good, but not great” window.

Nobody ever enters a season hoping to be bad. Still, 2016 is a great year to be selling.

4. How active will Brewers be?

The Milwaukee Brewers are clearly moving towards a rebuilding project. With that in mind, they should expect to see plenty of calls about Jonathan Lucroy and Ryan Braun.

Braun’s contract presents something of an issue. He’s owed a lot of money through 2020 and realistically, he’s not going to be a top tier player for more than a few seasons. Still, his fit in 2016 is easy. Acquire Braun, put him at one of the corner outfield positions, bat him in the middle of the order and that’s that.

Lucroy’s contract is easier to manage, but his 2016 fit presents a few more questions. Namely, how well would he adjust to a new pitching rotation? Lucroy is good behind the plate, but catchers need to develop a rapport with the pitchers they work with. That generally takes time. Acquiring a new catcher with two months to go is a risk for a team in a pennant race.

Recent rumors on Braun have been relatively silent, though he’s been a topic of trade rumors throughout the season.

Lucroy has been linked to both the Indians and New York Mets but so far, those talks seem to be going nowhere.

They are likely two of the top bats available. If they are traded, expect counters from other buying teams.

5. How active will Billy Beane be?

If you’re a member of the Nashville Sounds, keep your phone nearby at all times. A call up to the Oakland Athletics may be imminent.

The A’s are one of only a few teams in certain selling position. Billy Beane is historically one of the more active executives in baseball. So, expect a lot of activity coming out of Oakland at deadline time.

Rich Hill is as good as gone. His recent injuries are no doubt concerning to buyers. But ultimately, too many teams need pitchers (the Marlins have already been linked to him). Hill has been one of the league’s best pitchers all year. In a thin pitching market, he’ll be sold.

While they won’t bring the same return, Danny Valencia, Jed Lowrie, Josh Reddick and Marc Rzepczynski will all likely have new homes on August 1.

Additionally, it will not be surprising if Billy Butler, Ryan Madson and Steven Vogt are traded.

Strangely enough, two of the A’s most likely trade candidates at the beginning of the year were starter Sonny Gray and reliever Sean Doolittle. Unfortunately for Oakland, both have them have struggled through the season and therefore wouldn’t have great trade value. Both should be expected to remain in Oakland through the season.

Even without Gray and Doolittle on the move, roughly one-third of current the A’s roster can realistically be expected to be elsewhere after the deadline.

The Athletics may not have the biggest names out there, but they have the deepest list of talent for buyers to choose from.