Opening week of the Major League Baseball season was something else. From Adrian Gonzalez’s record start to the multitude of near no-hitters, drama unfolded up and down North America as our national pastime got going.

Now that the first of many different turns to this marathon is over, it’s time for teams to start bracing themselves for the long season that’s ahead.

In what will be a weekly column here, let’s check in on the top-five series for the upcoming week of baseball.

Two teams that could very well vie for a World Series appearance in their league. The series starts Monday with James Paxton (0-1, 3.00) taking the hill for Seattle against the Dodgers’ Brandon McCarthy (1-0. 7.20). This should give us a decent understanding about the depth of each team’s rotation. However, the last matchup in the series is the one that stands out.

The finale will pit the Mariners’ Taijuan Walker (0-1, 24.30), who struggled mightily in his first start against the Oakland Athletics on Friday, against Los Angeles’ Brett Anderson (0-0, 4.50). Depending on how Walker rebounds from the worst outing of his career, this could be an under-the-radar pitching duel—though Dodgers first baseman Adrian Gonzalez (.609 with five homers this season) may have something to say about that. For Seattle, this series represents a chance to continue its two-game winning streak that began over the weekend against Oakland. 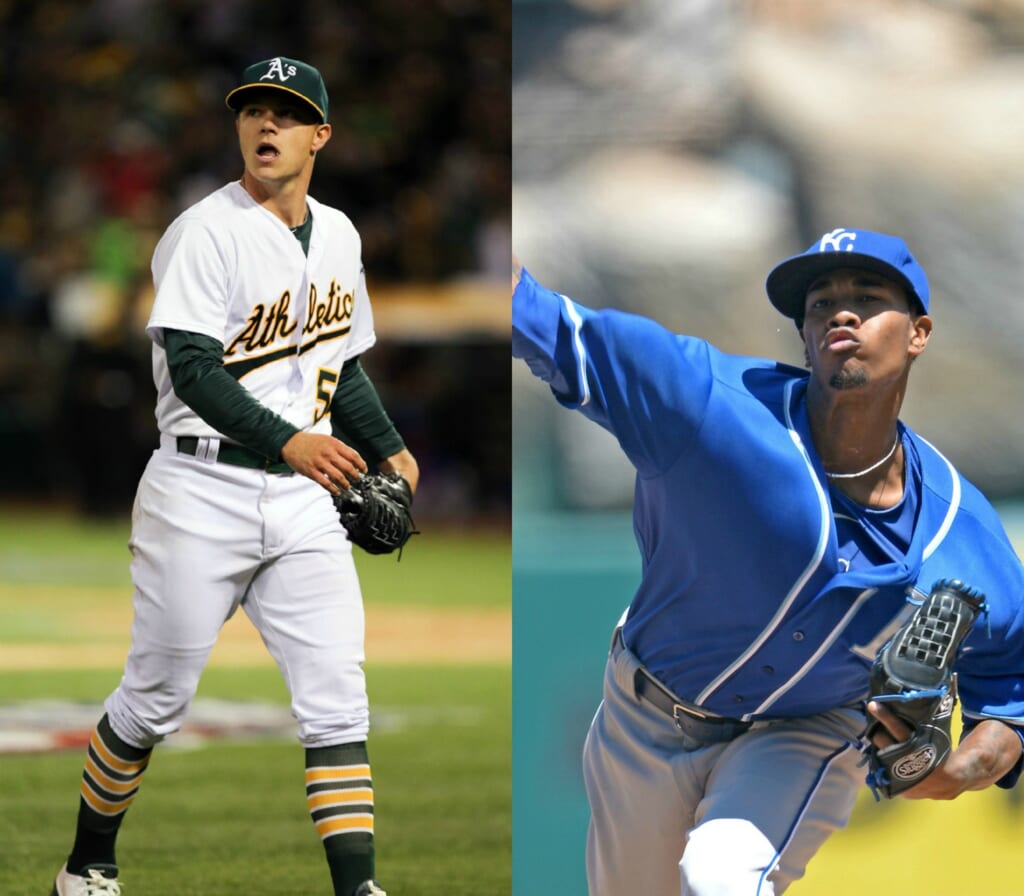 Courtesy of USA Today Images: Two young aces will take to the mound on difference days in K.C. next weekend.

While we can’t expect a repeat of one of the most dramatic playoff games in recent MLB history, this series promises to be pretty good. Not only is Billy “Country Breakfast” Butler returning to Kansas City for the first time as a visiting player, there are some tremendous pitching matchups set to take place at Kaufman Stadium.

It’s way too early to judge these two teams. Chicago has gone through quite the roster shake up and is still trying to find its way. Meanwhile, the Reds are looking to find themselves in contention after struggling big time last year. Yet this early-season series between two National League Central teams could tell us a lot.

Mike Leake (0-0, 4.76) will take the hill for the road-tripping Reds against Jon Lester (0-1, 6.23), who will be making his first start at Wrigley Field as a member of the Cubs. Anthony DeSclafani (0-0, 3.00) will then take the bump for Cincinnati opposite a stellar starter in Jake Arrieta (1-0, 0.00) on Tuesday. Arrieta is coming off a season-opening performance during which he threw seven innings of shutout baseball against the St. Louis Cardinals. 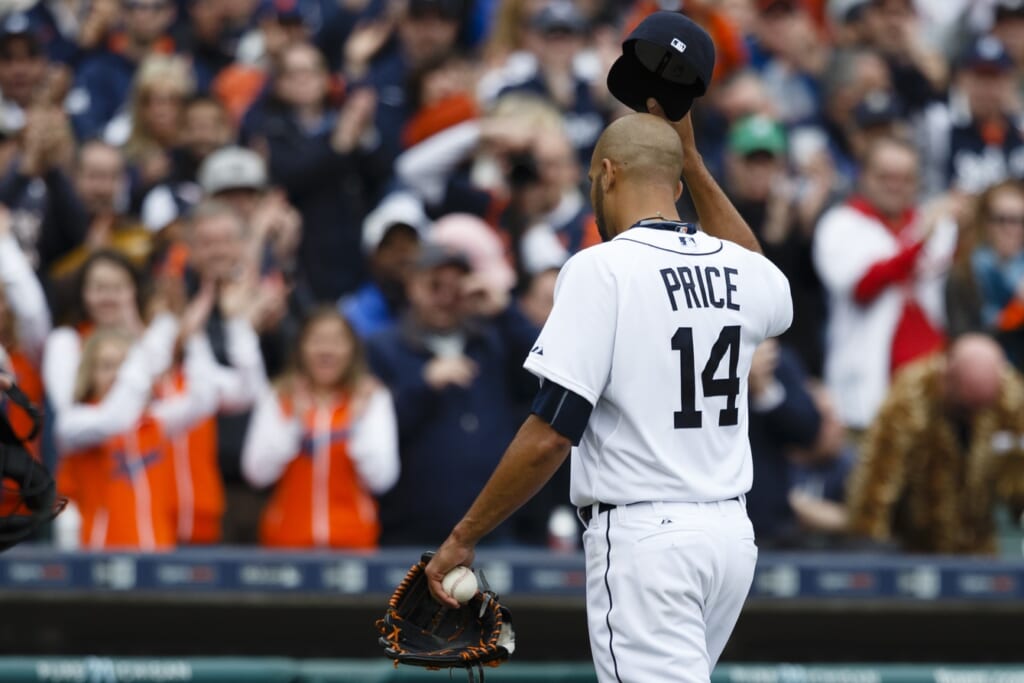 Courtesy of USA Today Images: David Price has yet to give up an earned run in two starts this year.

Chicago finally got itself off the schnide with two straight wins against the Minnesota Twins this past weekend. It will now take on the defending American League Central champion Tigers, who have started the season 6-0.

The first game will see Jeff Samardzija (0-1, 6.23) take the hill for the Sox against David Price (1-0, 0.00), who has not given up an earned run in two starts (14.1 innings) this season. It’s quite obvious Detroit has the upper-hand in that one. Then on Saturday, one of the best early-season matchups around baseball will take place. Chris Sale (1-0, 1.50) will vie for a win against the Tigers’ Justin Verlander, who has yet to make a start this season.

Talk about two somewhat-surprising teams. Atlanta finished its opening week with a 5-1 record, while the Blue Jays tallied a 4-2 mark.