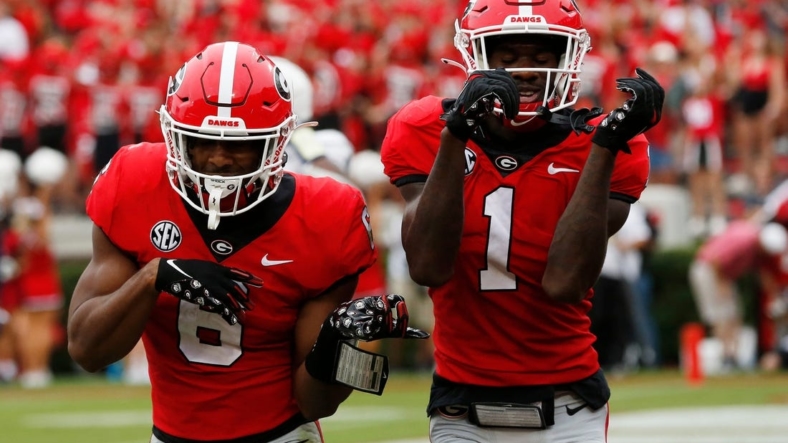 Defending national champion Georgia moved into the No. 1 spot in the Associated Press Top 25 poll on Sunday, with Alabama sliding to No. 2 after it struggled to beat previously unranked Texas on Saturday.

While Alabama needed a field goal in the final seconds to beat Texas 20-19, Georgia cruised past Samford in a 33-0 victory. The Bulldogs captured 53 of 63 first-place votes, with the Crimson Tide earning nine.

The final first-place vote went to Ohio State, which defeated Arkansas State 45-12 to remain No. 3 in the poll.

The rest of the top 5 was unchanged, with Michigan at No. 4 and Clemson at No. 5.

The biggest movers on the week came from the Southeastern Conference.

Tennessee moved up nine spots to 15 with its win over Pittsburgh, which fell six places to No. 23.

Notre Dame, which opened the season at No. 5, fell out of the Top 25 after being shocked by Marshall on its home field. The Irish came into the week ranked No. 8 after their season-opening loss at Ohio State.

Also dropping out of the poll were previous No. 19 Wisconsin and No. 25 Houston, both losers to unranked opponents.