Eric Ayala blocked a shot with five seconds left and Ian Martinez followed with a pair of free throws with 4.2 seconds to go as No. 20 Maryland fended off a determined challenge from Hofstra, preventing a second straight home loss in a span of three days to win 69-67 on Friday in College Park, Md.

With the game tied and Hofstra in possession in the closing seconds, Ayala swatted away a 3-point attempt by Omar Silverio. Martinez collected the rebound and drew a loose-ball foul, which led to his free throws. In the final seconds, Fatts Russell stole an inbounds pass to seal the win for Maryland (4-1).

Martinez, a transfer from Utah, was a spark plug for the Terrapins, coming off the bench to score 13 points and grab five rebounds. Ayala led Maryland with 14 points and also had five boards. Russell contributed 13 points, five rebounds and four assists.

Hofstra (1-3) was led by Jalen Ray, who hit a trio of 3-pointers in the final seven minutes on his way to 18 points. 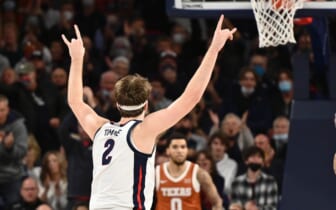 Preseason All-American Drew Timme scored a game-high 25 points, reaching the 1,000-point plateau for his career, as the top-ranked Bulldogs defeated the visiting Knights in a nonconference game in Spokane, Wash.

Julian Strawther had 19 points and Chet Holmgren added 18 points, five rebounds and five assists for the Bulldogs (4-0) who won their 55th consecutive home game, the longest current streak in the nation.

Dylan Penn led Bellarmine (0-4) with 14 points, all in the first half, and six assists. Juston Betz added 12 points.

AJ Griffin came off the bench for 18 points, Mark Williams had 14 points and 15 rebounds, Paolo Banchero added 11 points and Trevor Keels posted 10 points for the Blue Devils (5-0). Griffin, a freshman who had a total of 12 points in the first four games, drained four 3-point shots.

Kyle Jenkins scored 18 points for Lafayette (0-4). He made four of the Leopards’ seven 3-pointers. 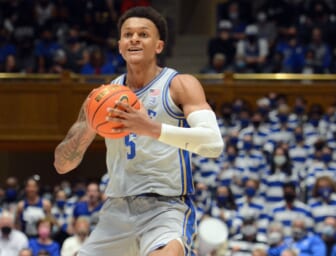 Jalen Duren finished with 22 points and 19 rebounds, and DeAndre Williams added 13 points and eight boards as the Tigers recovered from a slow start to beat the Hilltoppers in Memphis.

Earl Timberlake added 10 points as the Tigers (4-0) won despite committing 14 turnovers in the first half and 26 in the game.

Camron Justice scored 18 points for the Hilltoppers (1-3), who entered Friday’s game after defeats against Minnesota and South Carolina at the Asheville (N.C.) Championship.

Keion Brooks scored 22 points and freshman TyTy Washington Jr. added career highs of 20 points and 11 rebounds as the Wildcats closed strong to put away the pesky Bobcats in Lexington, Ky.

The Wildcats (3-1) trailed for most of the first half but snapped a 48-48 tie with 14:07 remaining with a 9-0 run. Davion Mintz added 12 points and nine rebounds and Sahvir Wheeler netted 11 points for Kentucky.

Ohio (3-1) got a team-high 19 points from Ben Vander Plas but faltered down the stretch, hitting just four of their last 17 shots. Jason Carter added 15 points and Mark Sears chipped in 10. 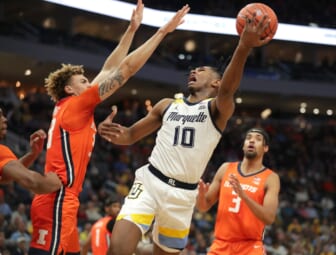 Jaden Shackelford scored 20 points and Jahvon Quinerly added 19 to lead the Crimson Tide’s rout of the Golden Grizzlies in Tuscaloosa, Ala.

The Crimson Tide also withstood a tremendous individual effort from Oakland’s Jamal Cain, who finished with a game-high 31 points and 10 rebounds. No other player scored in double digits for the Golden Grizzlies (2-2).

Reserve K.D. Johnson scored a team-high 15 points as the Tigers rallied to defeat the Bulls in Tampa.

South Florida (2-2) went scoreless in the final 2:27. The Bulls were led by Caleb Murphy, who had a game-high 19 points, and Javon Greene, who added 15 points.

Kyle Lofton scored 22 points and hit two crucial free throws with 19 seconds left as the Bonnies overcame a 14-point, second-half deficit and defeated the Tigers in a semifinal of the Shriners Children’s Charleston Classic in Charleston, S.C.

St. Bonaventure (4-0) will play Marquette on Sunday in the tournament final. Clemson (4-1), which led by as many as 16 in the first half, will face West Virginia for third place on Sunday. 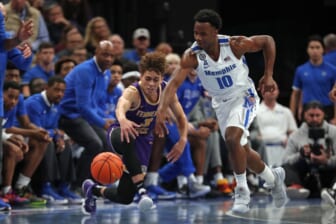