8. Watching the Sixers continue to improve 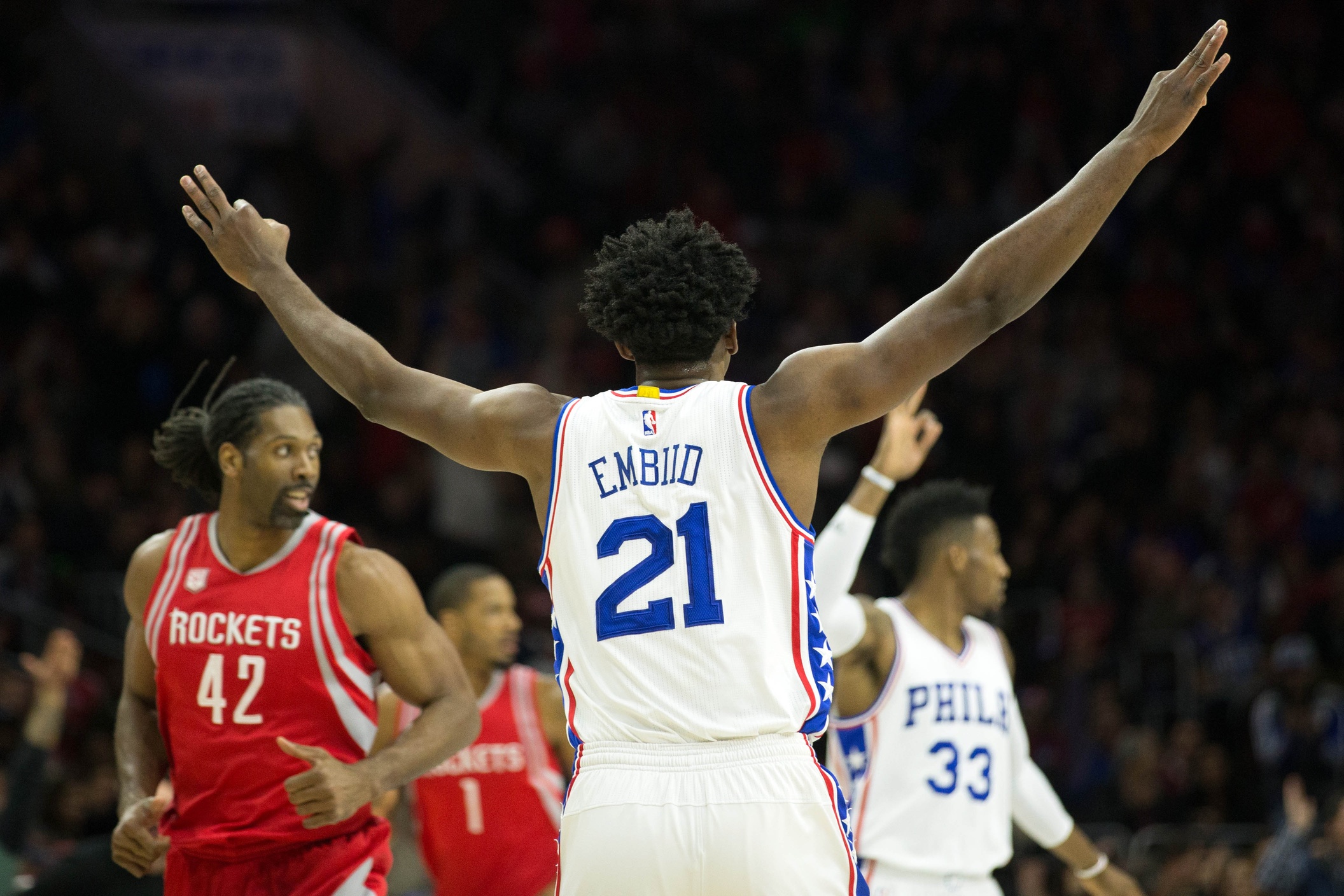 Now 5.5 games out of the final playoff spot back east, it’s highly unlikely Philadelphia will make a trip to the postseason. Though, that’s really not where the interest is here. The Sixers have improved leaps and bounds from what they were able to do in previous seasons. In fact, they have won more games (21) this season than they did in each of the past three years. It’s really been a fun turnaround to watch under head coach Brett Brown.

More than anything, the performance of Joel Embiid has been absolutely stunning. After missing his first two NBA seasons to injury, the former top-three pick has been sensational. Despite the fact that he’s currently on the shelf with a minor meniscus tear and has seen his minutes limited, Embiid is the odds-on favorite to win Rookie of the Year.

Here’s a dude that’s averaging 20.2 points, 7.8 rebounds and 2.5 blocks while shooting at a 37 percent clip from distance. He’s doing this in less than 26 minutes of action per outing.

Fellow rookie Dario Saric, one of the most-talented young forwards in the game, is also making his presence known next to Embiid. He’s already averaging double figures in just his first NBA season.

Sure Philadelphia could make a run at the postseason here in the second half. After all, it boasts a 14-11 record in its past 25 games. However, we’re simply just looking forward to watching the team grow. Once rookie No 1 overall pick Ben Simmons returns (if he does), that will only be magnified further.