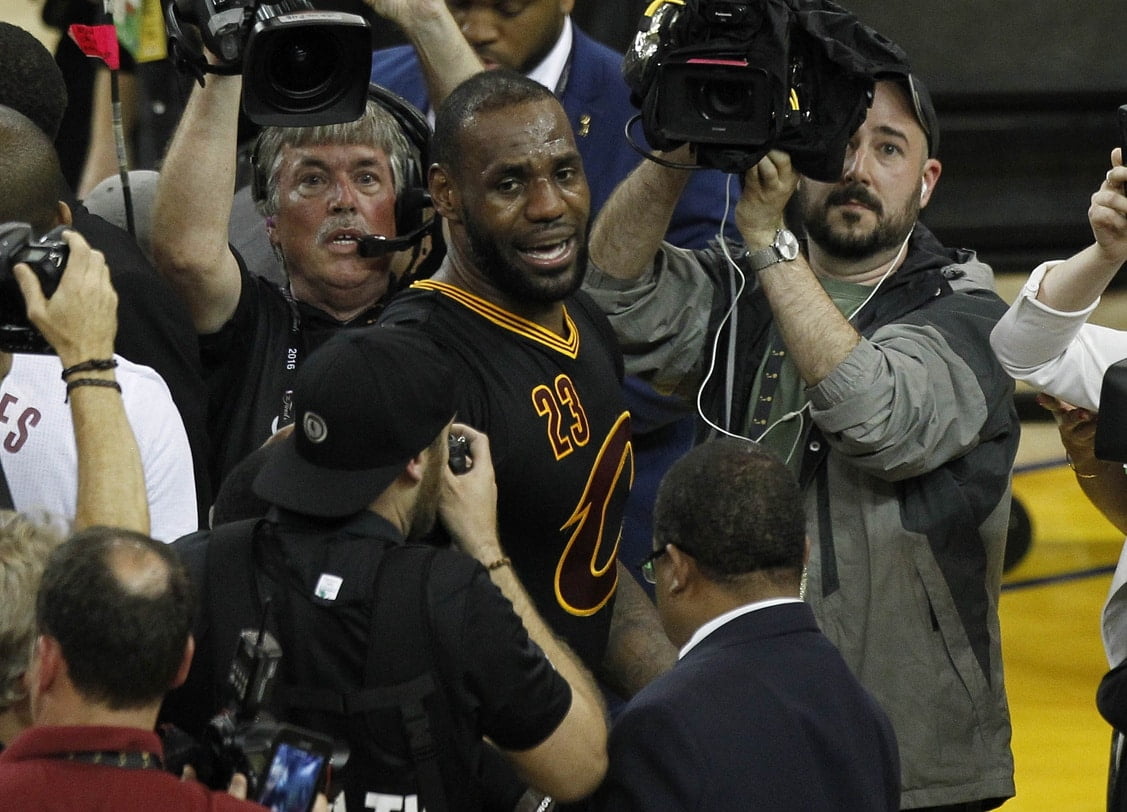 Public comments about his team’s lack of depth created a firestorm directed at Cavaliers forward LeBron James. And while the Cavaliers bench is among the weakest of all contenders, it might not have been the best idea to put that out there publicly. It’s akin to saying that certain members of the team are not good enough to play substantial minutes. It’s a thought one might have privately, but James’ public comments led to warranted criticism.

Now, with the Cavaliers still sitting atop the Eastern Conference standings, they will have to play the next four-plus weeks without the injured Kevin Love. This comes amid speculation that James himself was pushing for his squad to land Carmelo Anthony from the Knicks, potentially for Love himself. It also led to a sit-down meeting between James and general manager David Griffin.

The backdrop here is what seems to be a bigger basketball story. James continues to play at an all-world level. He’s now been joined by flat Earth truther Kyrie Irving, who is having the best season of his already stellar career. For his part, Love is averaging 20-plus points and 10-plus boards per game. Simply put, it is one of the best trios in the NBA east of Oakland.

The issue for James is that he saw what the Warriors did during the summer, bringing in former MVP Kevin Durant. He knows just how difficult it will be for the Cavaliers to hold off Golden State should the two meet in the Finals for a third consecutive season. It has surely caused some frustration behind the scenes.

With that said, Cleveland still boasts a 39-16 record heading into the unofficial second half of the season. It is still the odds-on favorites to win the conference title. It will be interesting to see if any major move is made between now and the deadline. If not, will the drama we’ve seen this season spill over to the latter part of the schedule? That’s the biggest question in Cleveland right now.