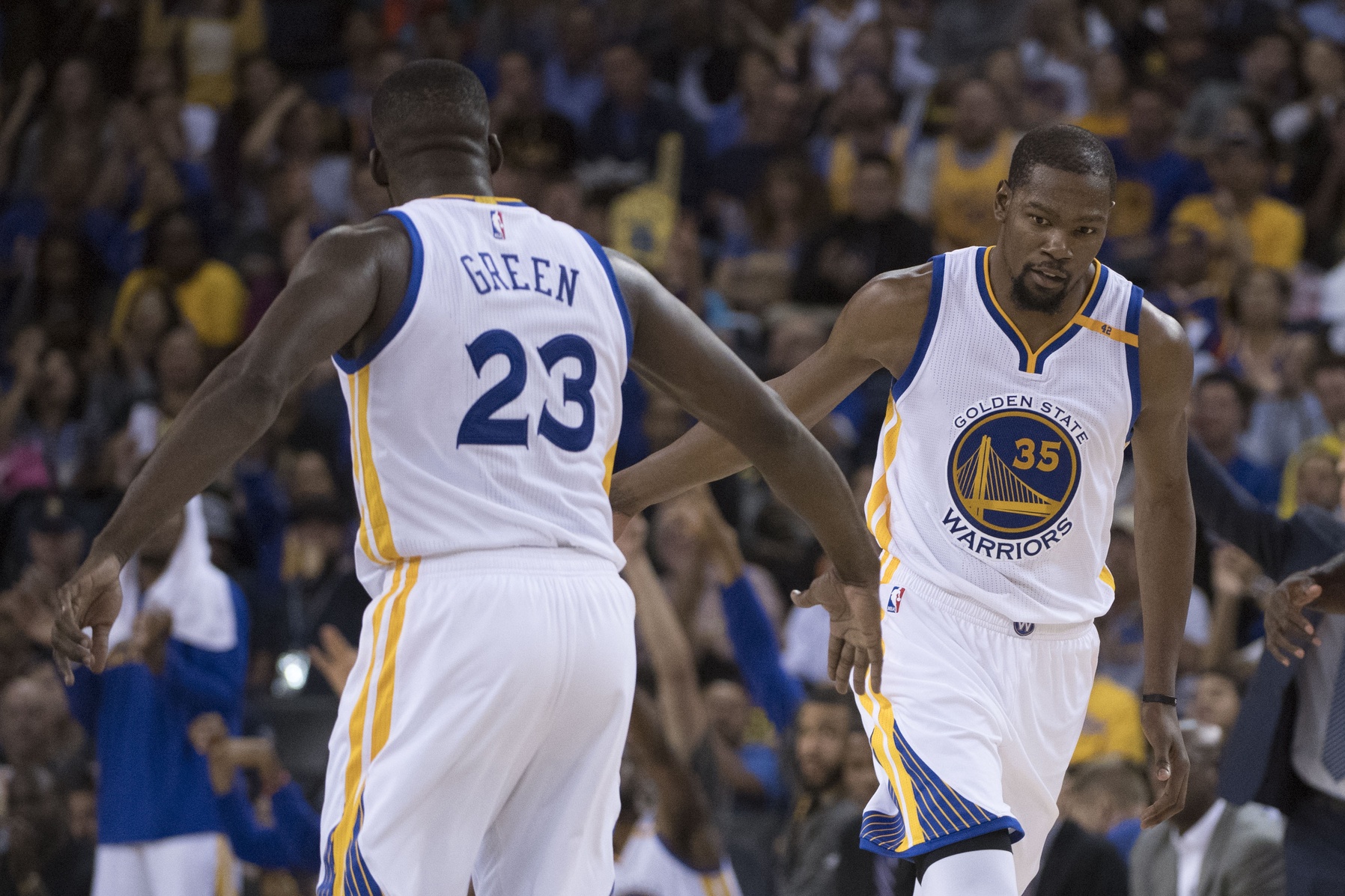 Golden State is currently on pace to win 69 games. It would be somewhat of a minor drop from last season’s historical 73-win performance. But in no way does this mean that the two-time defending Western Conference champs have regressed. They haven’t.

The Warriors head into NBA’s second half ranked first in offensive rating and second in defensive rating. They are also on pace to average the most points per game for a team around the Association since the 1992-93 Warriors. When you combine all this together, a minor drop off in terms of wins isn’t really worth focusing on.

Instead, the story in Oakland this season has been Kevin Durant’s seamless transition to a team that already boasted three All-Star performers. Averaging 25.8 points, 8.3 rebounds and 4.9 assists while shooting at an absurd 54 percent from the field, Durant is having the most-efficient season of his already Hall of Fame worthy career.

It’s also not a coincidence that Golden State has improved on the defensive end of the court with Durant in the mix. During his days with the Oklahoma City Thunder, Durant was asked to do a heck of a lot on offense, which made it difficult for him to focus on defense. With Stephen Curry and Klay Thompson in the mix for Oakland, that’s simply not the case. Now, it sure looks like Durant will be an all-defensive player when the season draws to a conclusion.

Speaking of Curry and Thompson, the two are still averaging 22-plus points per game while shooting better than 40 percent from distance. It’s a lethal combination that has seen Golden State run really good teams off the court this season. Add in Draymond Green’s exceptional all-around performance, and the Warrior should be considered title favorites right now.

The goal in the second half of the season has to be two-fold for Golden State. Currently four games ahead of San Antonio for the top spot in the Western Conference, Steve Kerr’s squad will want to wrap up home-court advantage as soon as possible.

And now, with the team not playing for the record books, the goal would then be to rest its core players late in the season. If this were to happen, it wouldn’t be a surprise if the Warriors had an easier go at it in the playoffs than what we saw last year.