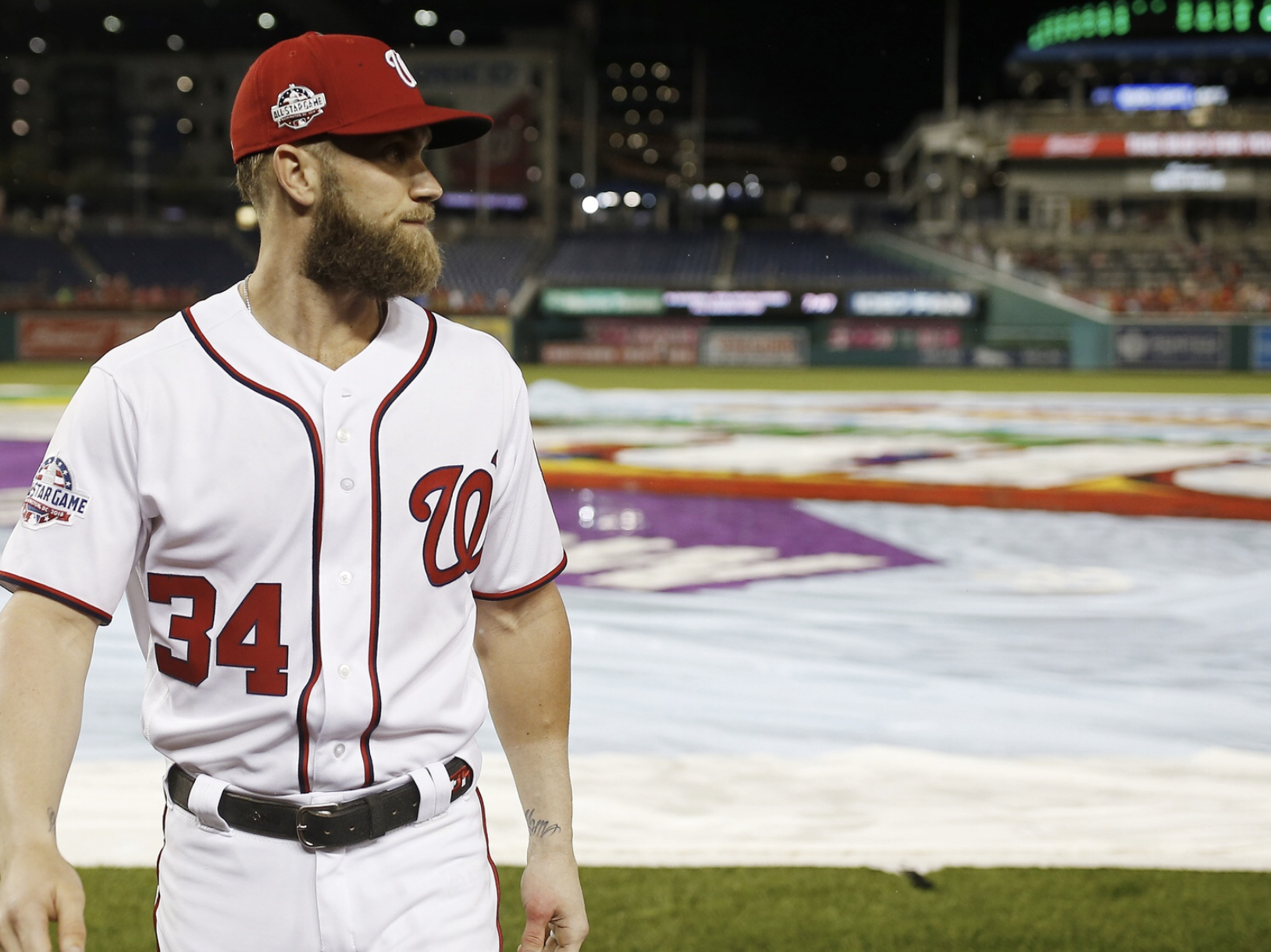 The hot stove season has already been pretty eventful. As we head into the MLB Winter Meetings in Las Vegas, we’re only expecting things to get hotter.

We’ve already seen some big-name players get traded since the end of the World Series. It’s highly possible that some even bigger trades could be consummated in Vegas. Additionally, the offseason’s top-two free agents, Bryce Harper and Manny Machado, remain unsigned. That could change at the Winter Meetings.

As we turn our attention towards Vegas, these are the top storylines to follow during the MLB Winter Meetings. 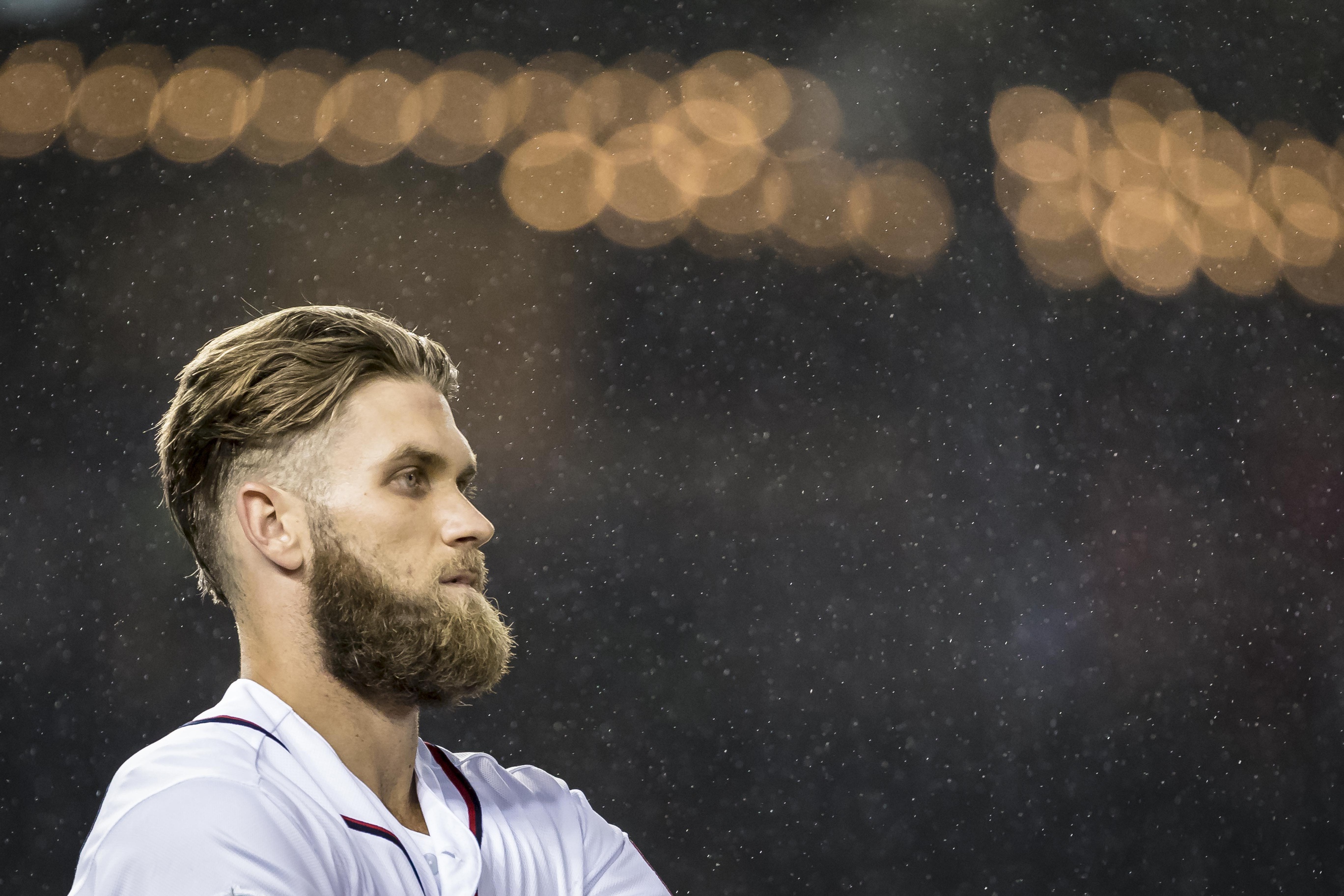 Until he actually signs somewhere, Harper’s free agency will be the dominant storyline of the offseason. At the winter meetings, with executives from every team in the league under one roof (in Harper’s hometown, no less), expect the talks to get really hot. Harper will certainly command a big contract and a good number of teams will be priced out of the market. That said, there are plenty of suitors that can afford him and will at least highly entertain the idea. Harper may not put pen to paper at the winter meetings. But we do expect his market to substantially heat up.

How active will the Dodgers really be?

The Los Angeles Dodgers must be considered a factor in any offseason, especially this one. They have one of MLB’s biggest budgets and have won six straight NL West titles. But we have to wonder how involved they’ll be.


Will they really add Harper to an already crowded outfield situation? With Corey Seager coming back in 2019, is re-signing Machado in play? Los Angeles is already a World Series contender. With that in mind, the Dodgers don’t need to sign anyone. But given how close they’ve been in the last six seasons (especially the last two), nothing would surprise us, either.

Will Zack Greinke follow Paul Goldschmidt out of Arizona? 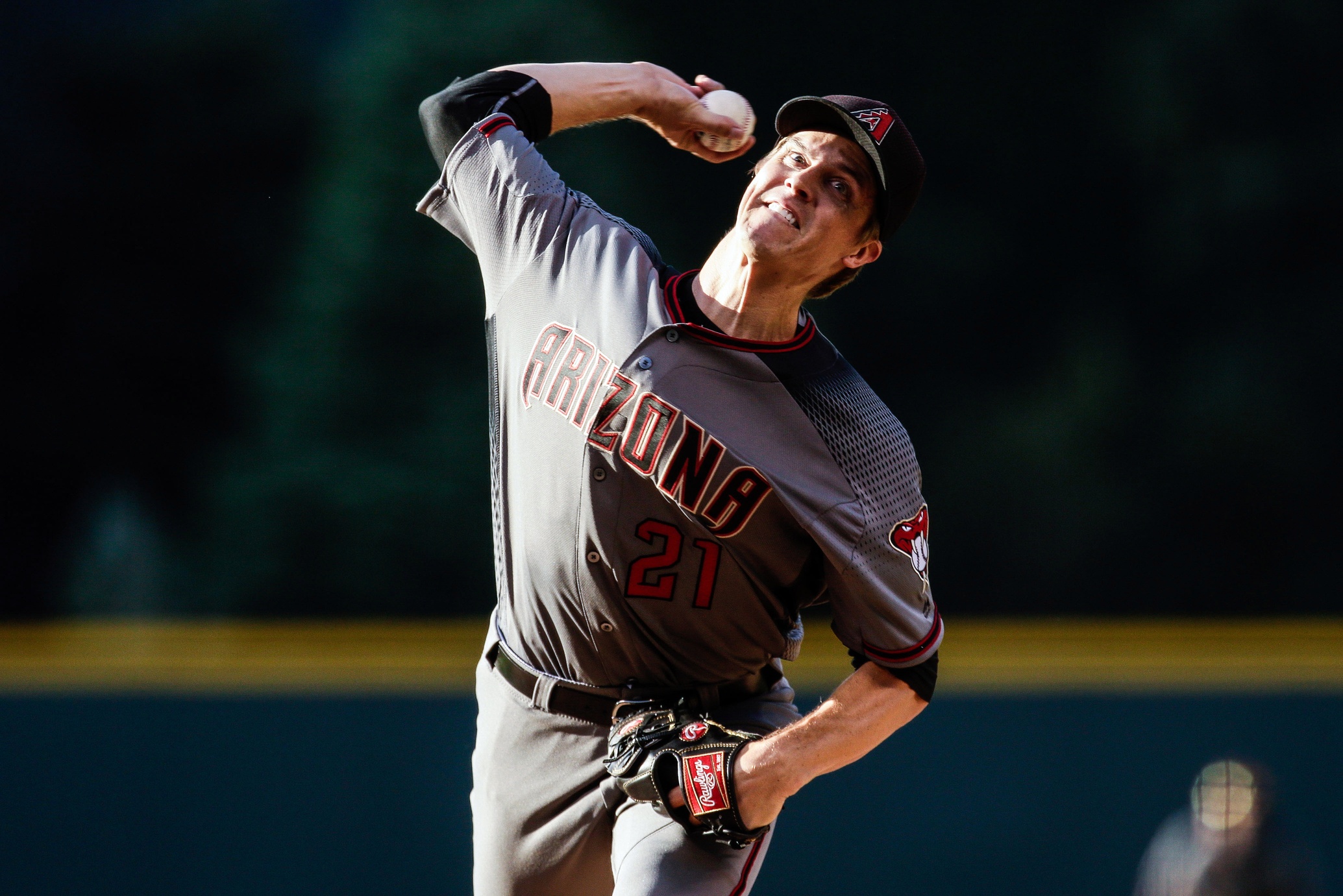 The Arizona Diamondbacks have already traded Goldschmidt. Conventional wisdom says that Greinke will be next, assuming Arizona and its trade partner can figure out who pays what in Greinke’s remaining salary. Greinke posted a 3.21 ERA, 1.08 WHIP, and an 8.6 K/9 rate in 2018.

So, while he’s 35, Greinke is still very much a top-tier arm. He’s also paid like one. Greinke is owed more than $100 million over the next three years. So, figuring out the money and appropriate compensation will not be easy. But we expect to hear Greinke’s name a lot through the week in Vegas. 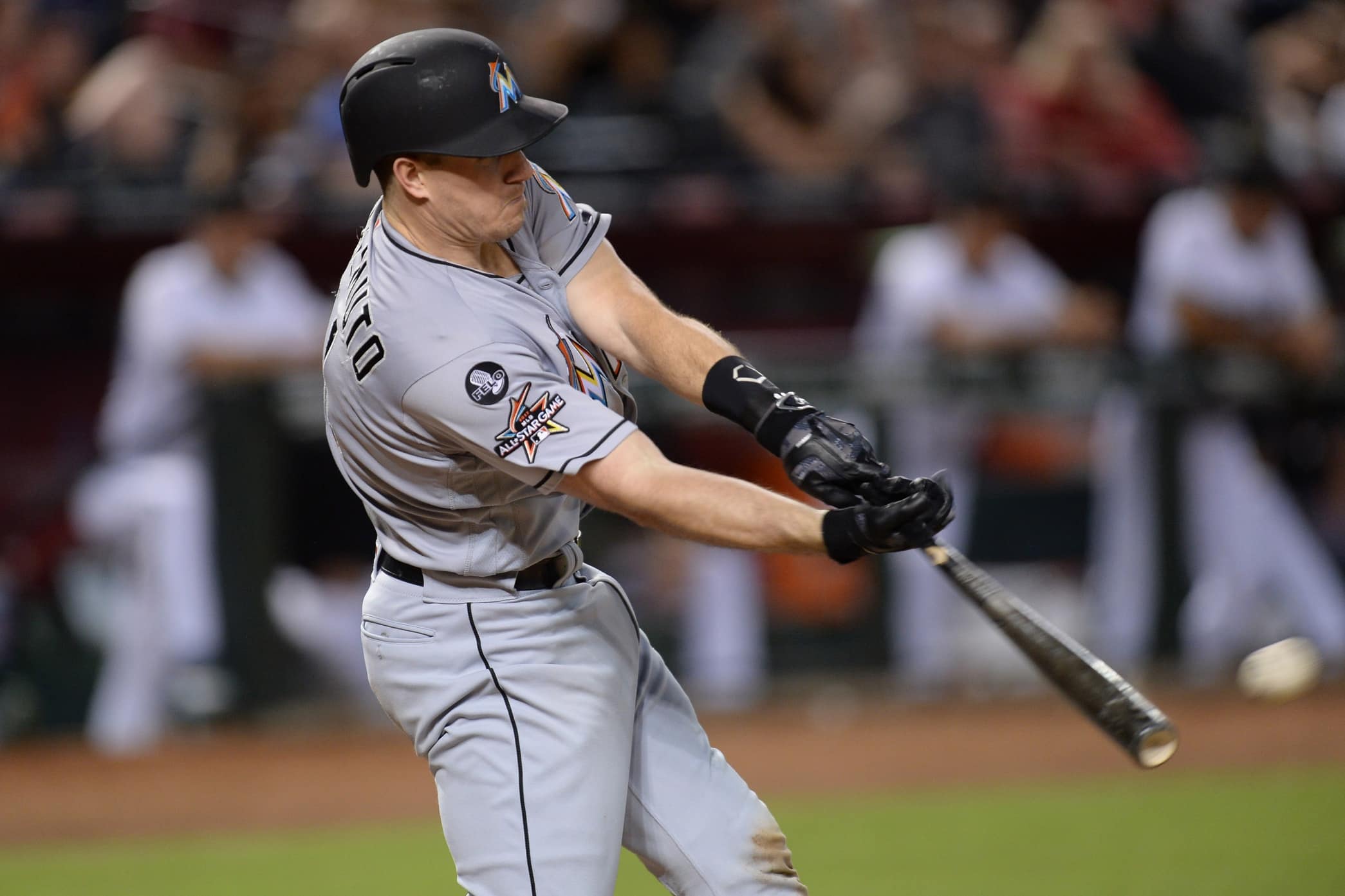 Another hot name on the trade market is Realmuto, one of baseball’s best catchers. He hit .277/.340/.484 with a career high 21 home runs in 2018. Realmuto’s agent has stated that he thinks his client will be dealt by spring training, noting that Realmuto won’t sign an extension with the Miami Marlins. Now, it must be noted that Realmuto isn’t set to become a free agent until after 2020. So, the Marlins don’t need to deal him immediately. But given that roughly half of the league is interested, we’d say him getting moved is a safe bet. It could well be during the winter meetings. 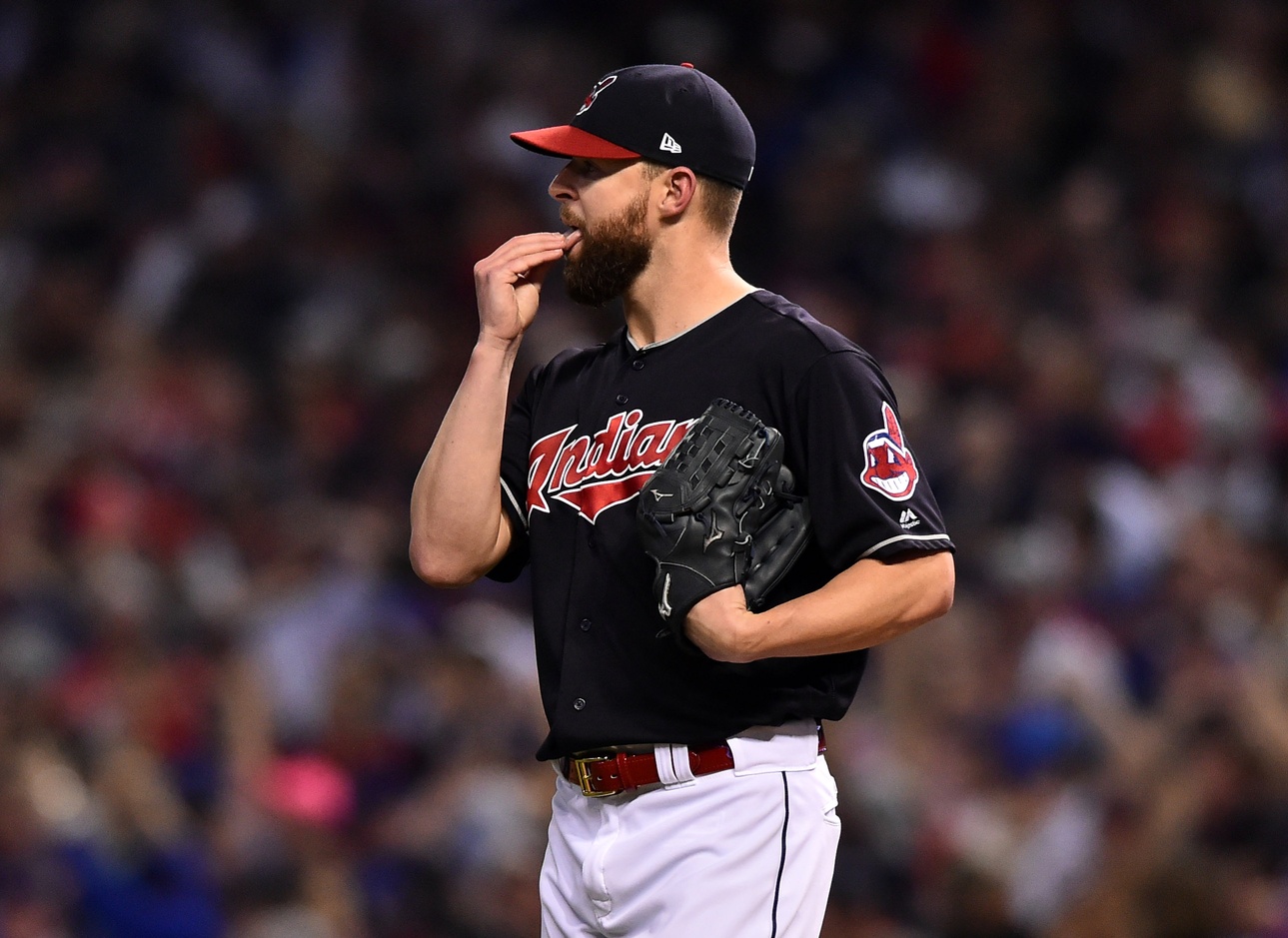 The Cleveland Indians want to move Kluber. We don’t get it. But the reports have been consistent through the offseason. He’s been linked to the New York Yankees, as well as the Dodgers. In addition to New York and LA, playoff teams like the Milwaukee Brewers and Colorado Rockies would do quite well to add someone like Kluber.

The same can be said for a team like the St. Louis Cardinals, who is looking to make that move in 2019. Kluber is one of baseball’s very best pitchers and could front any rotation. If he’s traded, he’ll swing the needle in a big way towards someone.

The direction of the Giants 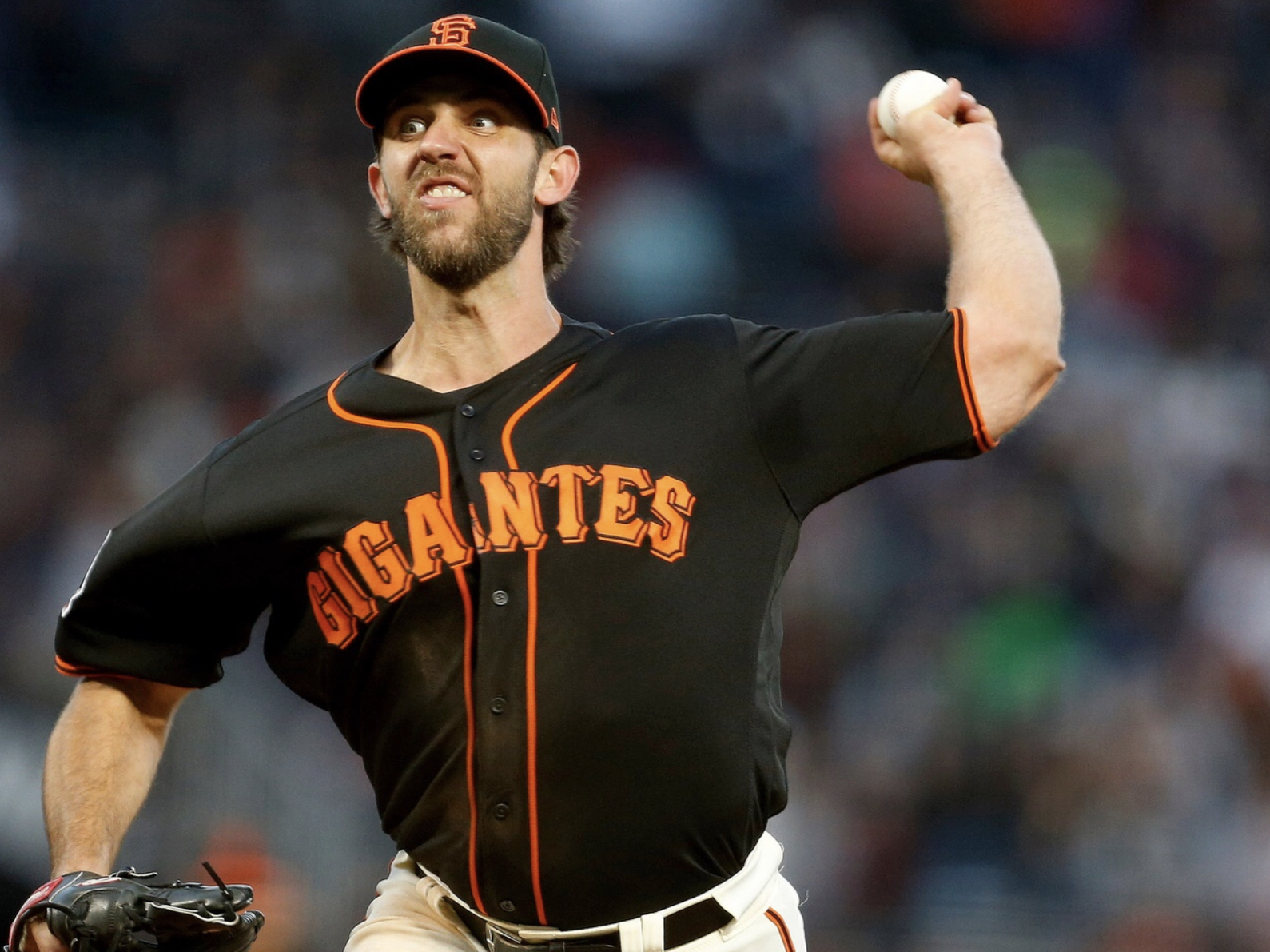 In election terms, the San Francisco Giants remain something of a swing team. They could well be in on Harper. That would signify that San Francisco wants to win in 2019. Harper alone wouldn’t do it. So, the Giants would have to be heavily involved in other available players.


On the other hand, because San Francisco has a long way to go to be competitive, new president Farhan Zaidi could go the other way and look to sell hard. The main prize would be Madison Bumgarner. The Giants aren’t the best team in the league. But they’ll be one of the hotter ones to watch in Vegas and through the rest of the offseason.

How do the Brewers and Cubs counter the big Cardinals move? 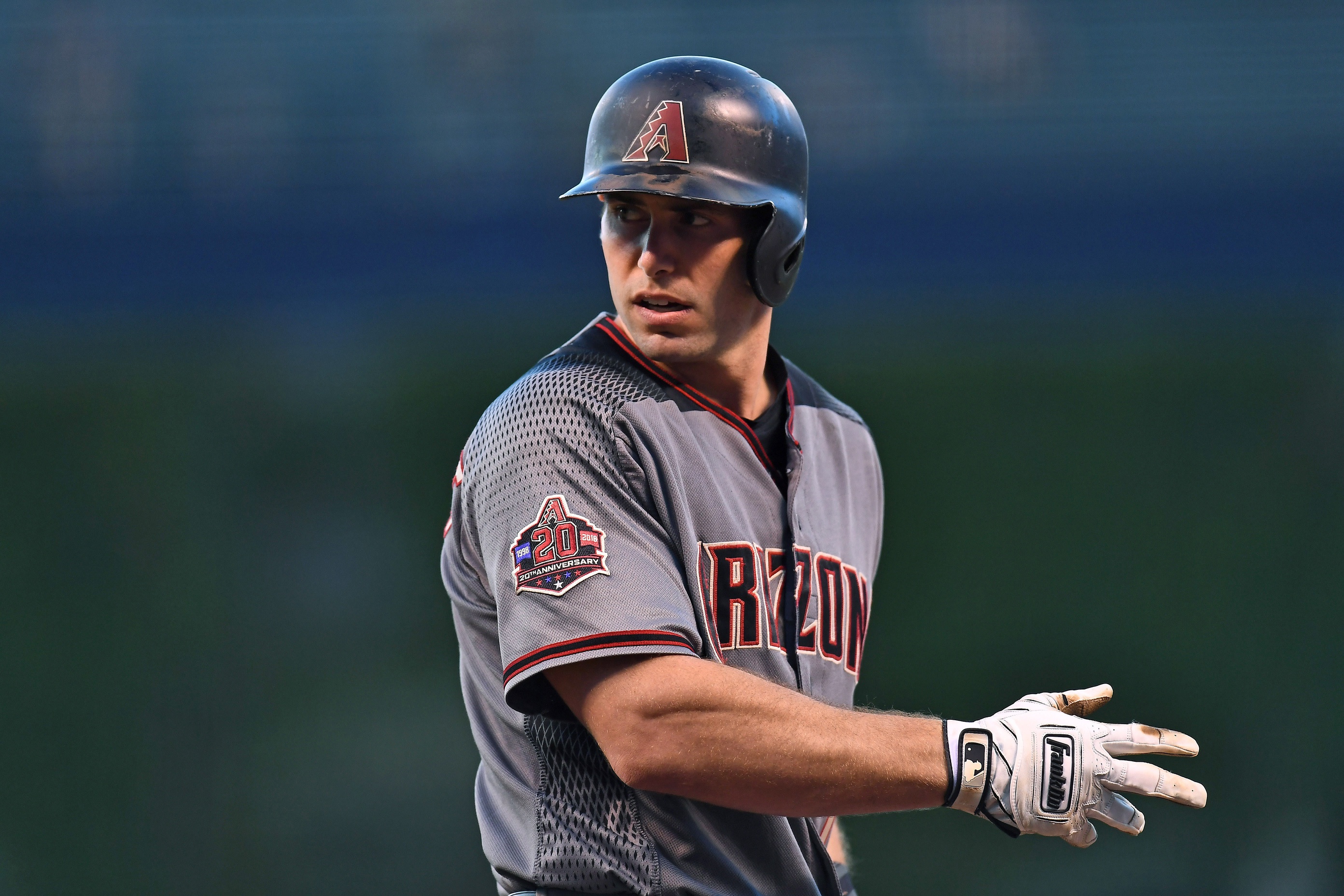 The Cardinals have remained competitive. But both the 2017 and 2018 seasons ended with them looking up in the standings at the Chicago Cubs and Milwaukee Brewers. Acquiring Goldschmidt was a huge step towards changing that. Now it’s on the Cubs and Brewers to counter.

There are some intriguing possibilities. Chicago could sign Harper. Given the recent activity of the New York Mets, it’s unlikely that Jacob deGrom or Noah Syndergaard will be on the block. But if Kluber or Bumgarner are traded, we wouldn’t be at all surprised if either ended up in Milwaukee. There’s a lot to speculate on. 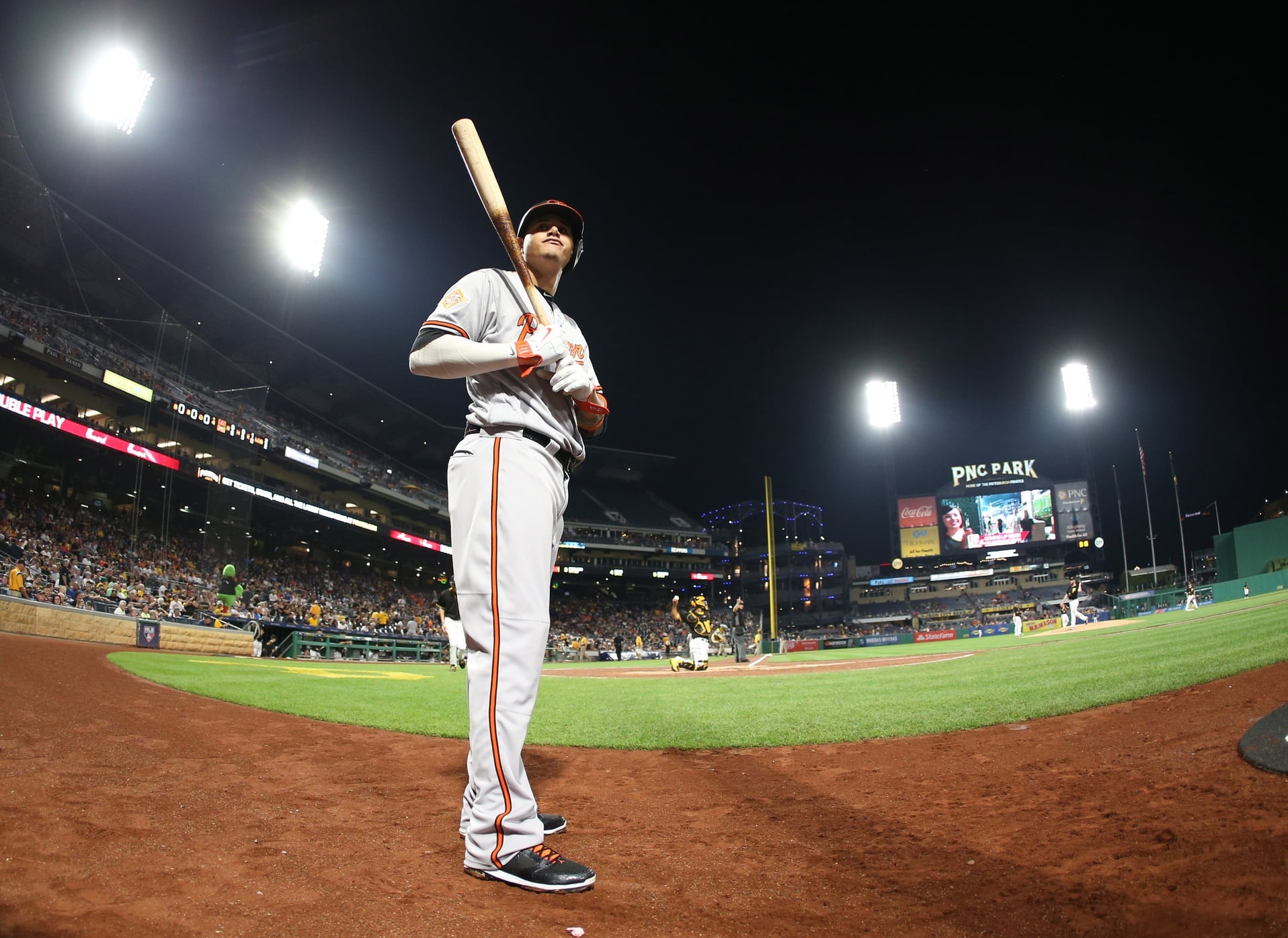 It’s true that Machado didn’t do himself any favors in October. But that doesn’t change the fact that he’s one of the best players in baseball. Machado hit .297/.367/.538 with 37 home runs in 2018. Not many shortstops can do that. Truthfully, not many shortstops in MLB history could do that. In terms of what it would mean for a trickle down in player movement, Machado’s free agency won’t have quite the same potential impact as Harper’s. But Machado’s signing will have a huge effect on the power rankings. 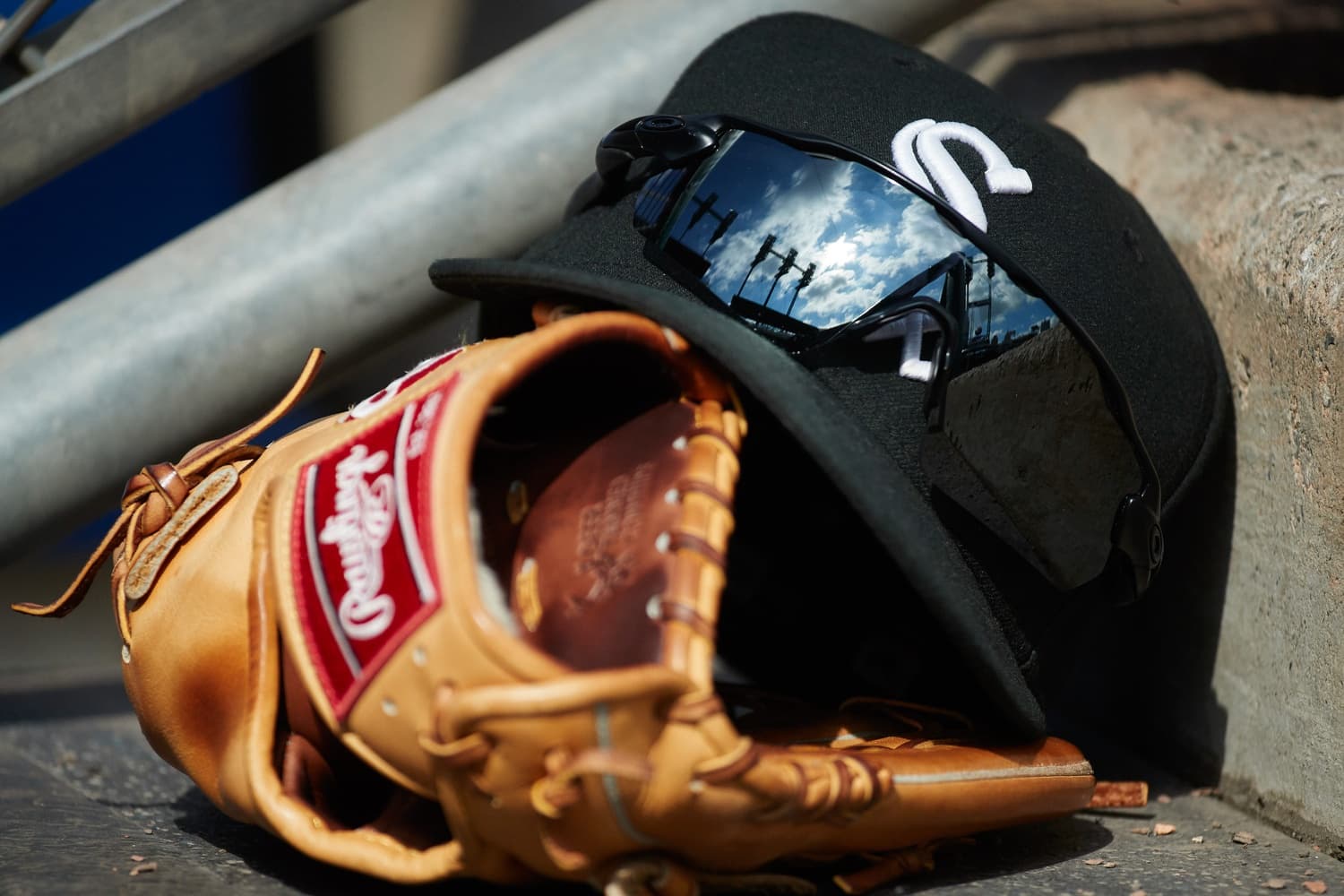 The Chicago White Sox are interested in Harper and Machado. That’s what we hear, anyway. It’s easy to be cynical. After all, Chicago isn’t exactly known for its big-spending ways. On the other hand, we could have said the same things about the Cubs and Houston Astros not too long ago. But when those teams got competitive, ownership spent.

What the White Sox do will tell us a lot about what to expect in the AL Central — especially if Cleveland is selling. If they’re big players, it signals that at least Chicago believes its talented group of youngsters and prospects is ready to take the next step.

How will the American League superpowers retool? 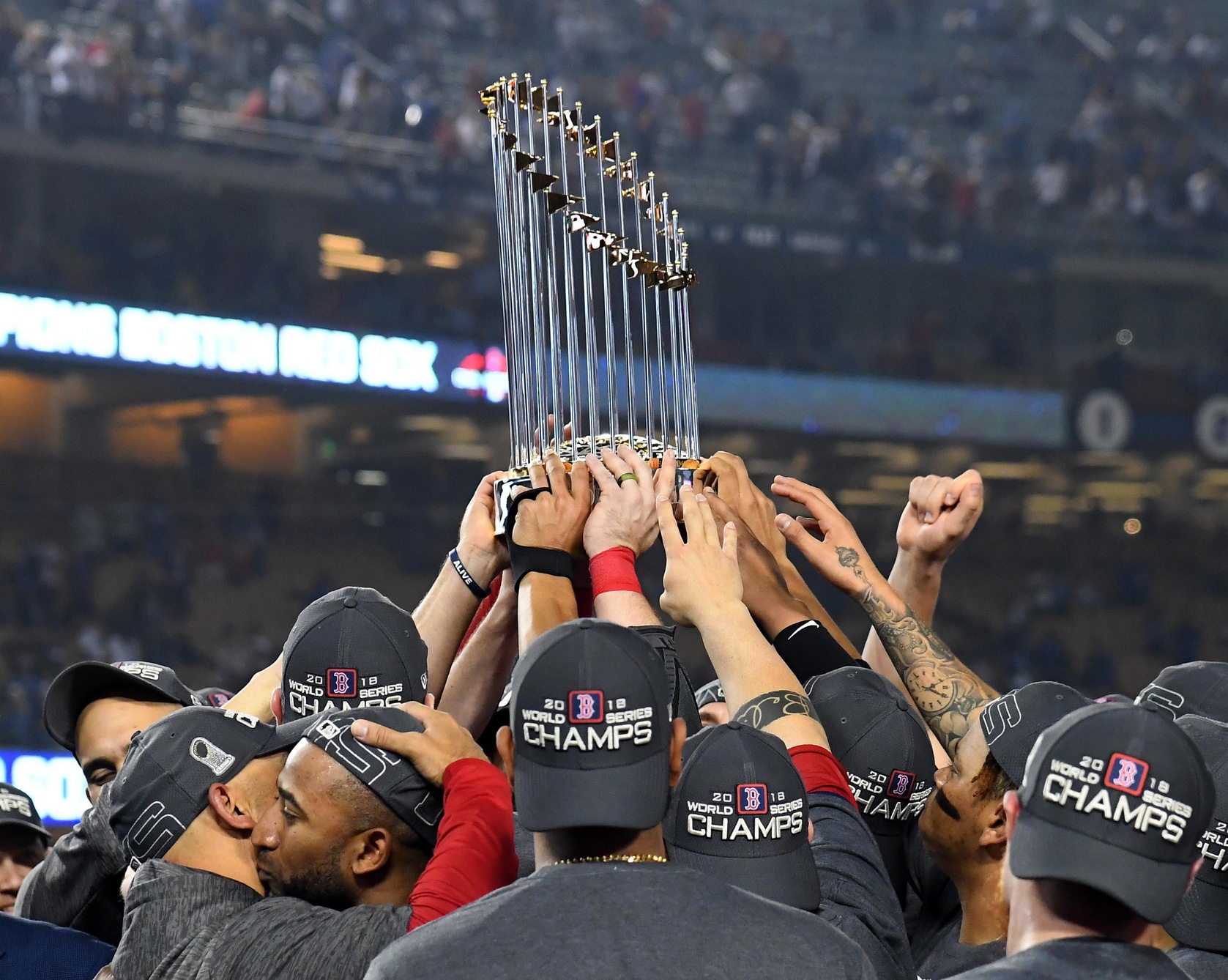 As we head into 2019, there’s still very little to suggest that the Yankees, Astros, and Boston Red Sox aren’t the three best teams in the AL (if not all of baseball). But they can’t rest on their laurels, either.

We’ve heard about New York’s interest in Kluber and naturally, the Yanks have been linked to Harper and Machado. Houston had an interest in Goldschmidt before his trade. We can’t help but wonder who the next target is. While the Red Sox have been close to the vest, we know they’re willing to make big moves, especially when pushed. But once something big happens with these teams, expect a domino effect.