In fantasy football, one can never stash away too many running backs due to the fact they get injured on a constant basis. This means some late-round picks often turn into the sleepers everyone is scrambling for when called to duty to replace their injured starter.

Meanwhile, other running backs fall in fantasy drafting due to their previous poor season, causing many folks to bypass them altogether.

The following is a list fantasy football running back sleepers who have the potential to produce big in 2016.

Those skeptical of Abdullah after his lackluster rookie debut may prefer to stay far away. This is why Abdullah’s ADP swings low in mock drafting, making him a sweet pick with sleeper potential.

Abdullah is expected to be the Lions’ featured back once again. And with Calvin Johnson signing off as a retiree, the team could feature even more of a running game. His speed was notable at 4.2 yards per carry, and the 104-yard kick return Abdullah returned should serve as a reminder of his talent in breaking tackles. RB2 potential is surely within reach.

For those who handcuffed Williams as a backup to LeSean McCoy, he paid off nicely in his rookie season especially when it came to stealing the red zone work.

With McCoy always on injury watch, Williams should see an increase in overall touches this season in order to keep his veteran fellow back preserved. Should this be the case, it wouldn’t be surprising to see Williams best his overall 613 total yards and nine touchdowns from last year. Plus, Williams averaged 5.6 yards per tote last year. If McCoy misses time, Williams assumes instant RB2 value. 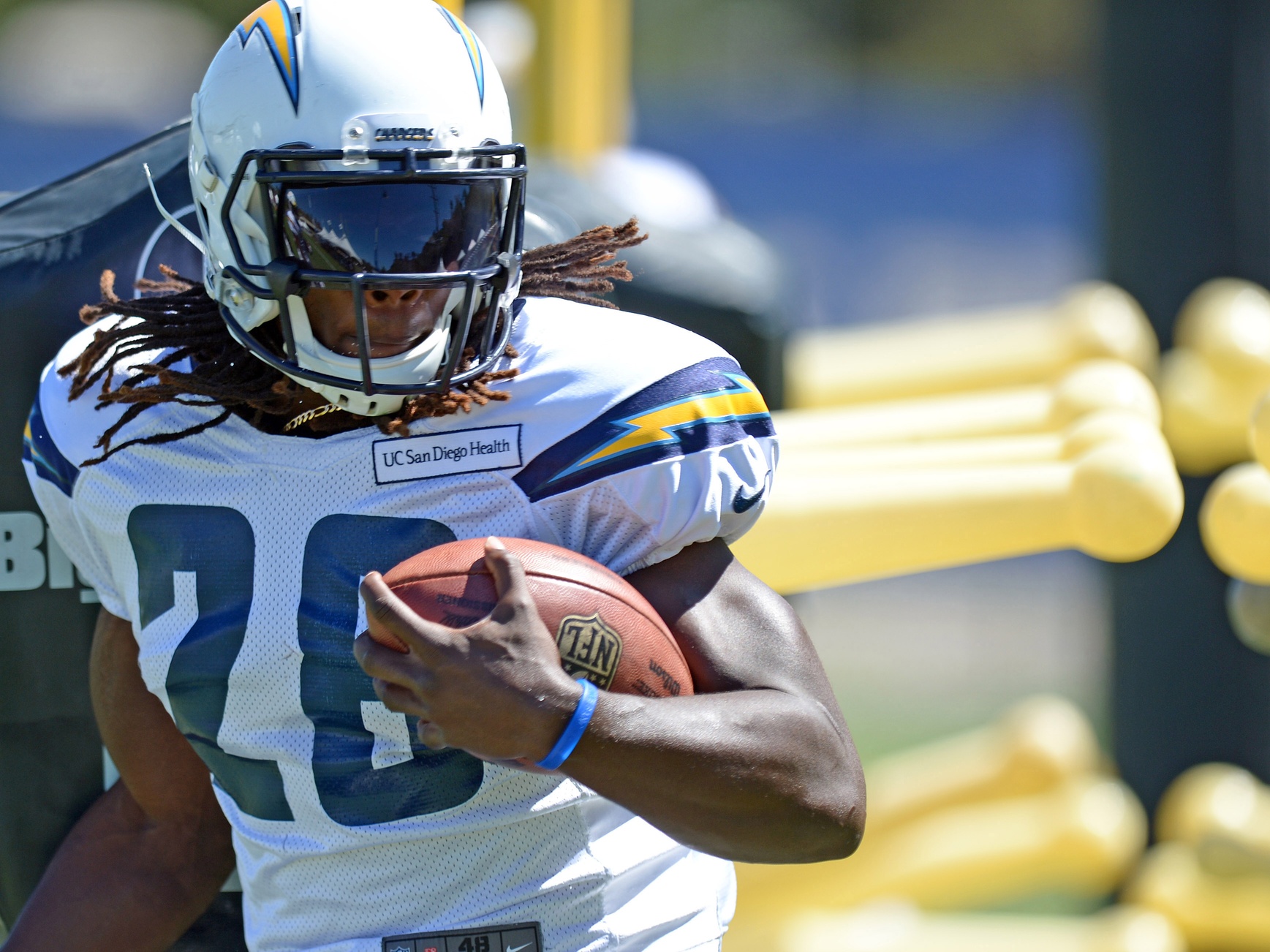 After a disastrous rookie campaign that landed him on IR, Gordon may be the last guy anybody trusts to lead their fantasy team to wins this fall. Although, it appears he has recovered fully from knee surgery and has been very impressive in team practices this offseason.

“If you had seen him last Thursday do the conditioning part of the program in the offseason, you would have never known he was injured last year, said head coach Mike McCarthy, per Gregg Rosenthal of NFL Network.”

With nobody ahead of Gordon on the depth chart, he makes for a great late-round pick with plenty of upside to reach RB1 status.

At this time, the Titans are yet to commit that the starting job in Tennessee is entirely DeMarco Murray’s baby. This makes Henry, the standout from Alabama, a must-own in fantasy leagues.

Furthermore, the Titans reported that there will be games in which they go with the “hot hand” at running back this season. Should Murray experience any challenges or become banged up as his past history has proven can happen, Henry will get the nod. The Heisman Trophy winner was drafted after rushing for 2,219 yards and 11 touchdowns in his final college season.

The Giants should be able to incorporate more of a balanced offensive attack after making improvements on defense that won’t cause Eli Manning to have to throw for his life all-game long. This could give Jennings more opportunities to run the ball.

Notably, during the last four weeks of the season, Jennings piled up a total of 521 yards and two touchdowns which made him fantasy-worthy down the stretch. But due to his overall appeal, Jennings will likely fall down the boards this year, making him a sneaky late-round pick.

While fellow back Doug Martin racked up the third-most running back fantasy points last season, Sims was busy as well and recorded a total of 1,090 yards, 51 catches and four receiving touchdowns. This makes him an intriguing fantasy back to own, especially in PPR leagues.

Even better, is it appears that Sims will be getting more work this fall, according to Mark Cook of the Pewter Report.

“Sims made the most of his 2015 rushing opportunities by averaging 4.94 YPC. Cook expects Sims’ increased role to “cut into Martin’s total yardage.”

Sims should continue to produce within the flex range and will be dynamite if Martin misses time. 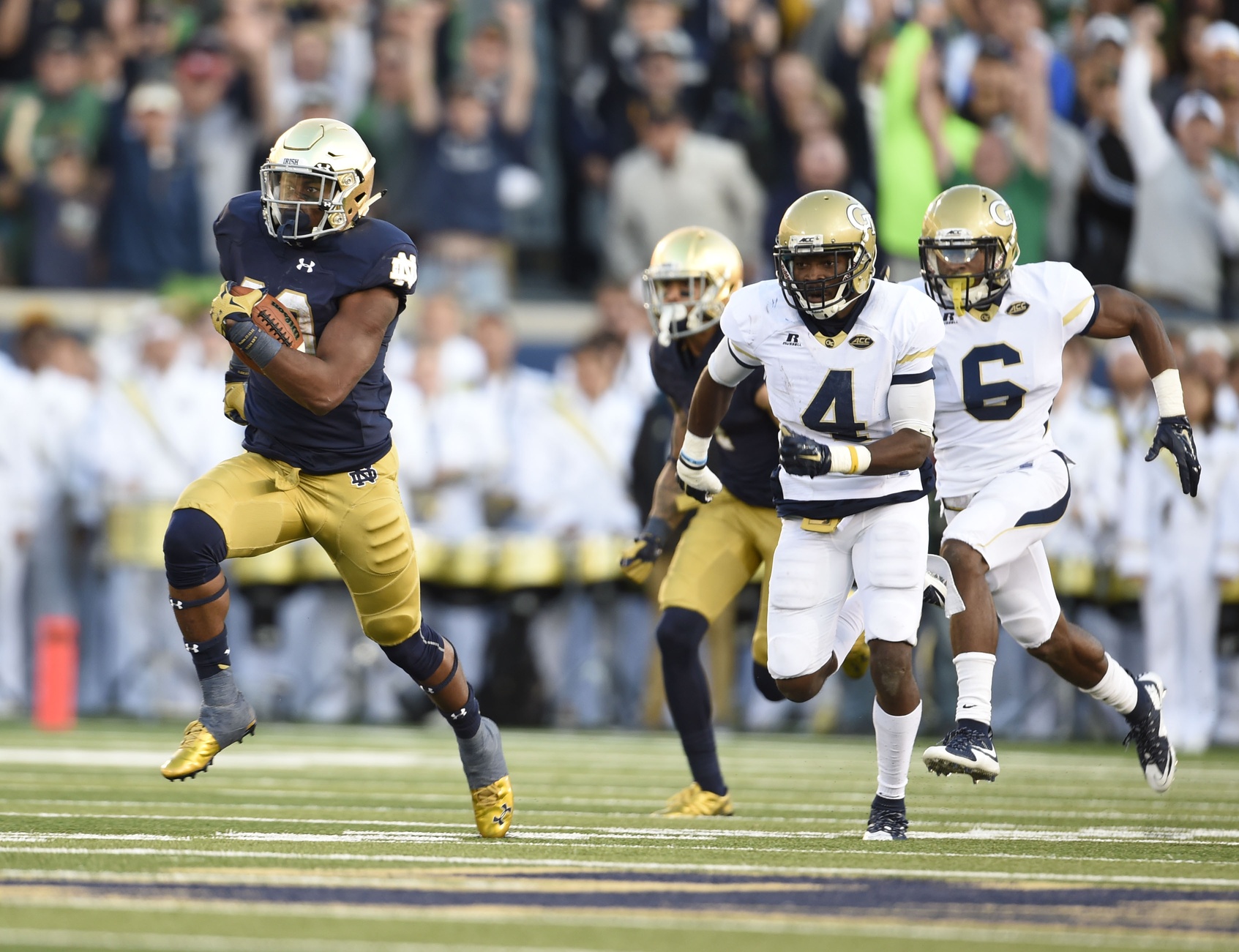 Seahawks head coach Pete Carroll admitted that the team was thrilled when Prosise fell to them in the third round of this year’s draft. This means that second-year starter Thomas Rawls (who will miss the preseason) could have some company this fall when it comes to rewarding his fantasy owners.

Prosise finished his final year in Notre Dame with 26 receptions for 308 yards. Plus, he actually played wide receiver two years of his college career. This equates to Prosise potentially becoming a gem in PPR leagues. To keep Rawls healthy as a starter, it would be feasible to see Prosise assuming the work on later downs, making him a late-round roster stash.

After watching Devonta Freeman explode early last season, he settled back to normalcy towards the second half, averaging just 3.29 yards per carry after Week 7.

To keep both Freeman and Coleman in form, the Falcons could incorporate a committee that involves Coleman sharing carries. Coleman showed potential as a rookie when he averaged 4.5 yards per carry before sustaining that unfortunate shower injury early last season. He is a must-own in the case Freeman winds up injured.

Whoever the starting quarterback is in Cleveland this, he is going to need the help of Johnson and his pass-catching skills to succeed. Johnson racked up a total of 61 catches for 534 yards and two receiving touchdowns in his rookie debut, and could be up for more work this year.

With the Browns rarely having the luxury of running the ball and wasting the clock, a back of Johnson’s skill set will pile up the fantasy points, especially in PPR leagues. This makes him worth considering as a sleeper to grab in later rounds.

West has since worked his way up ahead of Lorenzo Taliaferro during the offseason practices. This could eventually land him the No. 2 fantasy handcuff slot behind starter Justin Forsett.

It wouldn’t be too difficult to see West push ahead of rookie Kenneth Dixon or Buck Allen as training camp plays out. And the name Trent Richardson is hardly worth mentioning in this article. Should Forsett, who is 30 years-old, experience any type of setback, West could called to action. After all, he showed potential in his 2014 rookie season with Cleveland.