Nick Saban and Urban Meyer are lauded for their winning tradition, and their respective trophy cases give them an important boost compared to several excellent college football coaches without a national title.

Although success isn’t measured only in championships, to be considered truly among the elite, that lasting triumph must be achieved. And entering 2018, the only four active coaches with a ring are Saban, Meyer, Dabo Swinney and Jimbo Fisher.

But it probably won’t take long for a couple of the following coaches to join that illustrious group.

Sure, he’s only served as Georgia’s head coach for two seasons. But following a hugely successful stint at Alabama as an assistant, Kirby Smart has positioned himself and UGA to thrive. The program finished 8-5 in his debut campaign, and the Bulldogs celebrated a conference title and reached the national championship game last season. Additionally, in his two years with a complete recruiting cycle, Georgia has attracted signing classes ranked third (2017) and first (2018). Smart has a terrific chance to graduate from the “best without a championship” list soon. 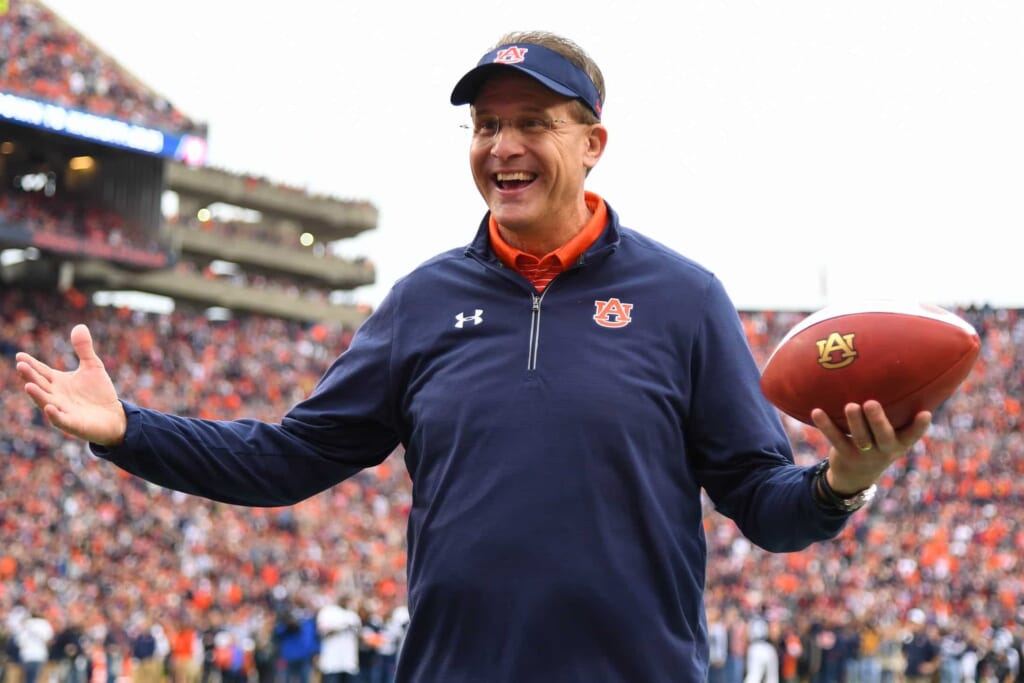 The offensive coordinator for Auburn’s 2010 championship-winning team, Gus Malzahn understands the challenge of reaching the biggest stage. In his first season as the head coach of the SEC program, Auburn made its improbable journey to the national title but fell to Florida State in gut-wrenching fashion. Though the next three seasons had a few rough moments, Malzahn rebounded with a 10-win 2017 campaign that included two victories over No. 1 teams. Malzahn also led Arkansas State to a Sun Belt title in 2012, his only year with the school.

In 2011, James Franklin earned his first opportunity as a head coach and quickly lifted Vanderbilt to its highest level of success. The 2012 and 2013 teams both tied a school record with nine victories, and they accounted for two of Vandy’s four total bowl triumphs in its history. Since arriving at Penn State, he’s taken a program reeling from an enormous scandal and made it a contender again. The Nittany Lions won the Big Ten in 2016 and celebrated a Fiesta Bowl win last year. The 46-year-old has established himself as a threat to join the top tier of coaches.

Over the last 11 years, Mark Dantonio has helped Michigan State ascend from a non-major bowl qualifier to a regular Big Ten contender. The 2010 squad ended a 20-year stretch without a conference title, and the Spartans stood atop the league in 2013 and 2015, as well. They reached the College Football Playoff in 2015. Dantonio, whose first head-coaching gig was at Cincinnati, has become one of the most respected developers of players. Michigan State doesn’t often land the highest-caliber prospects, but the team is typically built to compete with the Big Ten’s best. 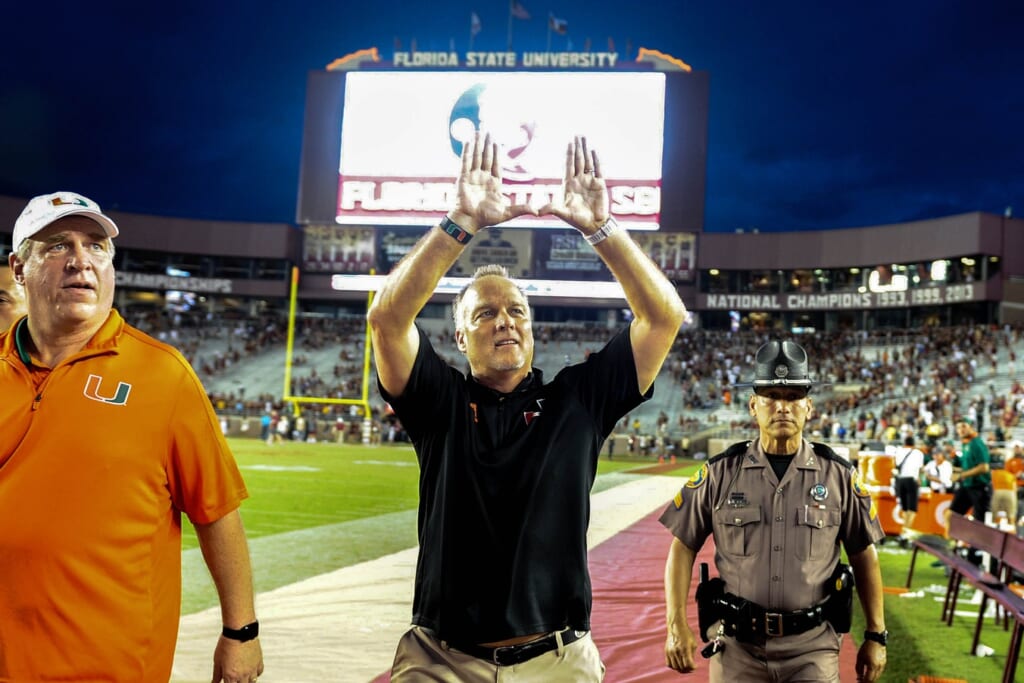 Mark Richt is a prime example of very good not being good enough. During a 15-year tenure at Georgia, he collected 145 wins and two SEC championships. Richt’s teams tallied fewer than nine victories only four times. But the administration wanted a national title, and his 2015 dismissal led to Smart’s hiring. Richt then joined his alma mater Miami, where in two seasons he’s already led the ‘Canes to their first-ever Coastal Division crown. While the talent gap between Miami and the nation’s best is still wide, Richt clearly has “The U” on an upward trajectory.

Negative headlines have occasionally popped up over the last decade of Chip Kelly’s coaching career, but he’s returning to a comfortable place in 2018. After five seasons away from college football, Kelly accepted a chance to coach UCLA. From 2009-2012, he elevated Oregon as a perennial BCS contender. The Ducks posted a sterling 46-7 record in his tenure, winning the Pac-10/12 three times and reaching the national title once. UCLA won’t thrive immediately, but Kelly’s past success in the college game has led to confidence he’ll turn around the program.

Jim Harbaugh laid the foundation for David Shaw, yet that’s simply one factor of an impressive tenure. He assumed control of a promising roster but has kept the Cardinal among the conference’s best programs well beyond the era of Harbaugh’s contributions. Shaw has overseen five 10-win teams and celebrated three Pac-12 championships. Last season, he became the winningest coach in school history. Although a national title has been elusive, Stanford earning four BCS or New Year’s Six Bowl berths in seven years suggests it’s not too far away. 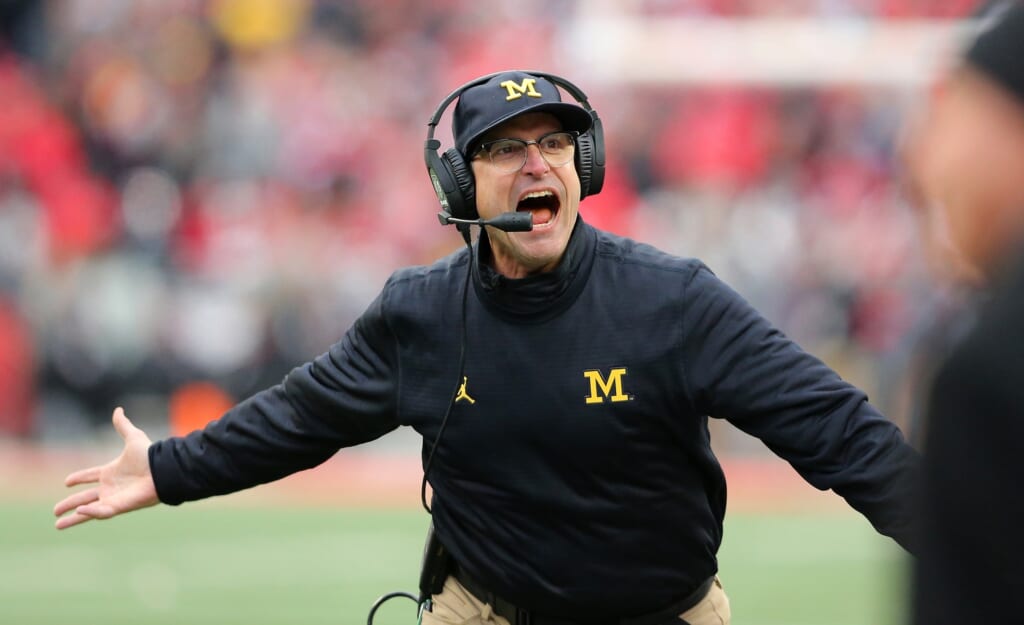 Have the results at Michigan been underwhelming? Yes. Considering the hype surrounding Jim Harbaugh’s return to his alma mater, a 28-11 record over three seasons is slightly worse than expected. But this is also the same coach who created the blossoming program Shaw inherited and has sustained. The year prior to Harbaugh’s arrival, Stanford went 1-11. Four years later, the Cardinal finished 12-1. Michigan still has a pair of 10-win seasons in his brief tenure, and Harbaugh has steadily improved the level of talent on the roster. Now, it’s time for it to show on Saturdays.

Not only does Gary Patterson boast a career .737 winning percentage in 17 full seasons at TCU, he’s guided the program through three — three! — changes in conference affiliation. The Horned Frogs have hopped from the WAC to Conference USA to the Mountain West to the Big 12 during his tenure, and they’ve won 10-plus games at least twice in every league. Patterson’s 160 career victories rank fifth among active coaches. Regardless of the competition, his TCU teams have consistently succeeded. That’s a terrific measure of an upper-tier coach.

“Dominant” hardly begins to describe Chris Petersen’s time at Boise State. From 2006-2013, he guided the Broncos to a 92-12 record and won five league championships. Then in 2014, Petersen made the leap to a power-conference school in Washington, and his rebuild only took three seasons to demand national attention. The Dawgs secured a place in the 2016 College Football Playoff then followed it up with a 10-win campaign and Fiesta Bowl berth last season. Petersen’s career .816 winning percentage is the 12th-best mark in college football history and, among active coaches, only trails Meyer.