Report: Tony Romo cleared for full practice, will ‘do more’ this week 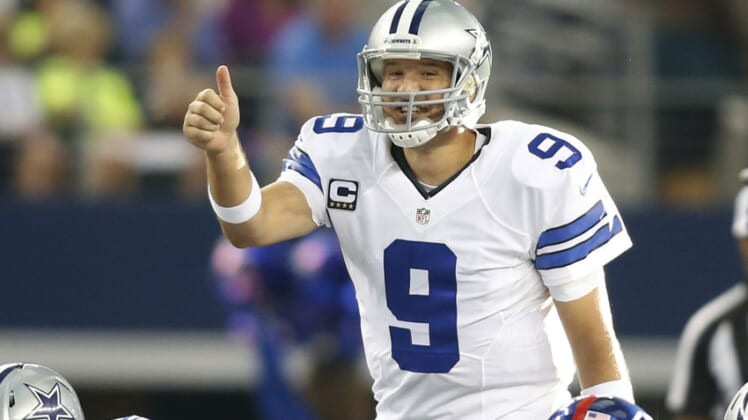 According to ESPN’s Todd Archer, Dallas Cowboys quarterback Tony Romo has been cleared for full practice.

Romo is expected to “do more” in his practice sessions this week, per the report.

This is good news for the veteran quarterback. But, Cowboys owner Jerry Jones has declined to say whether Romo will be activated as the backup in Week 10, according to Clarence E. Hill Jr. of star-telegram.com.

Romo has not played since he broke a bone in his back in the preseason. He resumed partial practice last week and is reportedly looking quite stellar, according to teammate Dez Bryant.

In the meantime, rookie Dak Prescott has performed fabulously under center. The Cowboys are 7-1 and lead the entire NFC with the best record. In Week 10, the Cowboys face the Pittsburgh Steelers. If Romo is indeed suited up, he will likely remain on the sidelines.

It is a harsh reality. But, Romo might have already played his last snap as a starter for his team.