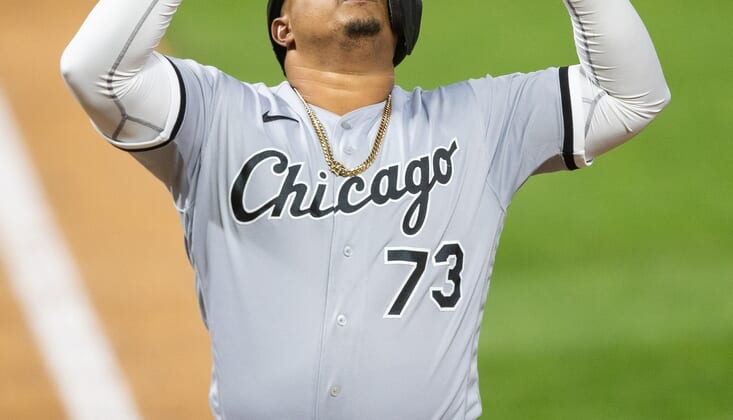 Old-school manager Tony La Russa said Wednesday he still thinks rookie Yermin Mercedes shouldn’t have swung at a 3-0 pitch on Monday night when his Chicago White Sox had a huge ninth-inning league — even if new-school players in his own clubhouse and around baseball disagree.

The White Sox were up 14-4 on the Minnesota Twins when Mercedes missed a “take” sign on the 3-0 offering from Willians Astudillo, a utility player who pitched the ninth to save bullpen arms. Mercedes swung and hit a solo home run.

La Russa called out Mercedes for violating one of baseball’s unwritten rules after the game, which Chicago won 15-4.

More than 48 hours later, it was still a topic of conversation.

“If you’re going to tell me that sportsmanship and the respect for the game of baseball and respect for your opponent is not an important priority, I can’t disagree with you more,” La Russa told reporters before the final game of the three-game series between the two clubs.

“You think you need more (runs) to win, you keep pushing. If you think you have enough, respect the game and opposition. Sportsmanship.”

Lance Lynn, who is 4-1 in his first season with the White Sox, said Mercedes’ swing didn’t bother him as a pitcher. Team leader Tim Anderson also said he supported Mercedes.

“The way I see it, for position players on the mound, there are no rules,” Lynn said after Tuesday’s game, a 5-4 loss that he started and took a no decision. “Let’s get the damn game over with. And if you have a problem with whatever happens, then put a pitcher out there. Can’t get mad when there’s a position player on the field and a guy takes a swing.”

“Lance has a locker. I have an office … I don’t agree,” La Russa said.

Trevor Bauer, the outspoken Los Angeles Dodgers pitcher, had a message for the 76-year-old La Russa and others who think like him.

“Dear hitters: If you hit a 3-0 homer off me, I will not consider it a crime,” Bauer tweeted Tuesday night. “… Can’t believe we’re still talking about 3-0 swings. If you don’t like it, managers or pitchers, just be better.”

Tony La Russa said he didn’t think his take on the Mercedes situation, which he viewed as a teaching moment, will have negative repercussions with his team. The White Sox lead the American League Central, have the league’s best record and had won seven of 10 games entering play Wednesday.

“I would be willing to bet that there wasn’t anyone in that clubhouse that was upset that I mentioned that’s not the way we compete,” he said. “If someone felt that way, then it’s my job to correct it. You don’t swing 3-0 when you’re up by that big a lead.”

The Twins apparently were on Team La Russa. In the seventh inning of Tuesday night’s game, pitcher Tyler Duffey and manager Rocco Baldelli were ejected after Duffey threw a first-pitch fastball behind Mercedes.

Tony La Russa had apologized to the Twins for Mercedes’ swing.