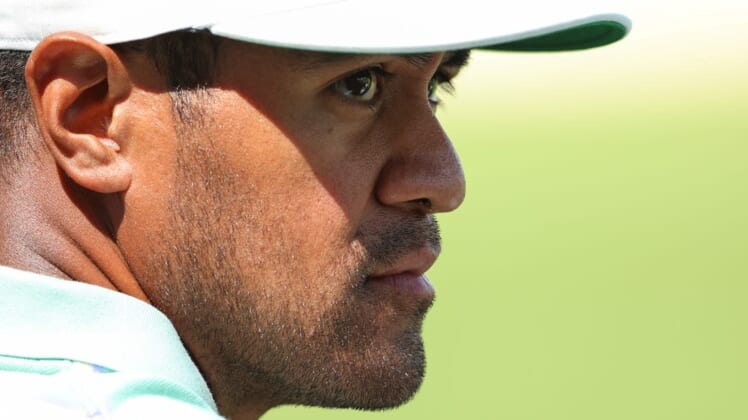 Tony Finau only climbed one spot in the Official World Golf Ranking following his third career PGA Tour victory on Sunday, but who he passed was notable.

Finau rose to No. 16 with his come-from-behind victory, which moved him past former No. 1 Dustin Johnson. Johnson, who ended last year at No. 3 in the world, continues his slide after joining the breakaway LIV Golf Invitational Series.

Johnson is the highest-ranked LIV Golf player as the series prepares for its third event this week. LIV Golf applied for inclusion in the OWGR earlier this month, but it remains highly uncertain whether the application will be successful. OWGR chairman Peter Dawson said only that “examination of the application will now commence.”

Minus receiving world rankings points for LIV Golf events, those who have joined the upstart Saudi Arabian-backed tour will find it increasingly difficult to qualify for major tournaments next year.

World No. 2 Cameron Smith, who is coming off his first major victory at The Open Championship, is reportedly in discussions with LIV Golf. After Johnson, the highest-ranked current LIV Golf player is Abraham Ancer, who slipped another two spots this week to No. 22.

He is followed by Brooks Koepka, who has fallen to No. 23 since joining LIV.

The top 13 remained unchanged this week. Hideki Matsuyama was the highest-ranked player in the field and he slipped one spot to No. 15 after withdrawing from the 3M Open.

Finau (+1400 at BetMGM) is one of the pre-tournament favorites for this week’s Rocket Mortgage Classic. He shares the same odds as No. 13 Will Zalatoris, with the pair behind only No. 4 Patrick Cantlay (+1000), who is the reigning FedEx Cup champion.