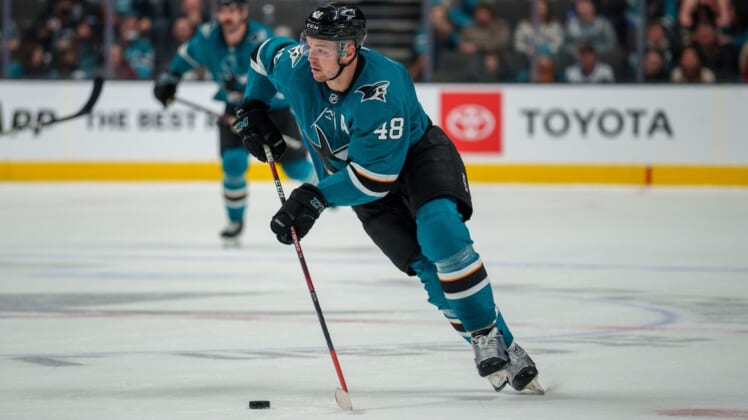 Tomas Hertl agreed to an eight-year contract with the San Jose Sharks on Wednesday.

No financial terms were released, but multiple media outlets reported that the deal will pay Hertl an average of $8.1 million through the 2029-30 season.

The 28-year-old forward is in the final season of a four-year contract he signed with San Jose on July 2, 2018. He could have become an unrestricted free agent after the season.

“Tomas has evolved into a premier top-line centerman in the league, competing against the NHL’s best players every single night and delivering significant results,” Sharks assistant general manager Joe Will said. “There are few centermen in the NHL with his combination of physical and dynamic play and he is a player that you build a franchise around.

“We are thrilled to have Tomas for another eight years.”

Hertl has 48 points (25 goals, 23 assists) in 59 games this season. He is tied with Timo Meier for the team lead in goals and is second in points behind Meier, who has 58.