Capitals’ Tom Wilson reached out to Artemi Panarin after injuring him 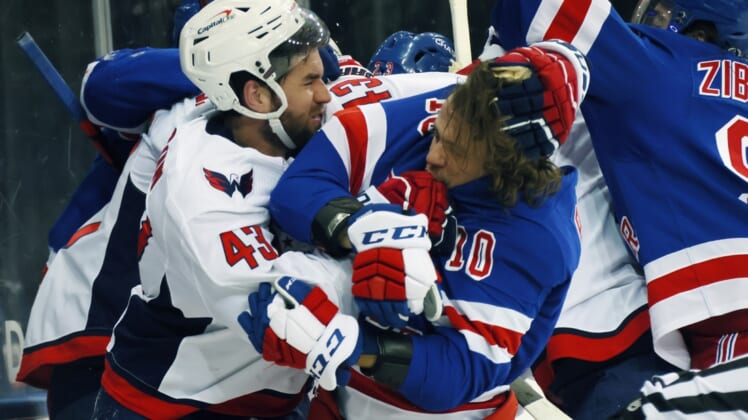 For taking down and pounding Panarin and also punching Rangers forward Pavel Buchnevich in the back of the head, Wilson was assessed a double-minor penalty and a 10-minute misconduct. The league later fined him $5,000 for roughing Buchnevich but did not suspend him, as the Rangers and others around the sport had wanted.

Panarin was subsequently was ruled out for the rest of the season due to a lower-body injury.

Two days later, in another Capitals-Rangers game, 141 penalty minutes were assessed as the Rangers took enforcing discipline into their own hands with several fights. New York veteran Brendan Smith picked an early fight with Wilson, who missed the final two periods of that game due to what the Capitals termed as an upper-body injury. 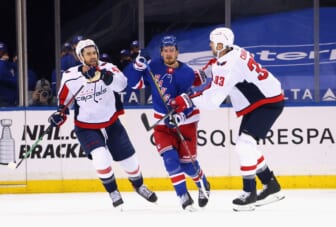 Wilson did not divulge more details about the words he and Panarin shared after the fact, but the right winger did express some surprise that his actions caught everyone’s attention the way they did.

“It seemed (like a) fairly routine hockey scrum to me, and I think that was kind of the feeling from both players in the box, and then obviously it took on a new life after the game,” said Wilson, who has served five suspensions in his NHL career for varying levels of misconduct. “Those scrums are chaotic and there’s lots of stuff going on, but I didn’t think too much of it at the time.”

But the Rangers did. When the NHL’s player safety department determined Wilson would not be suspended, the Rangers released a statement criticizing head of player safety George Parros and suggesting he should lose his job. The club incurred a $250,000 fine for that statement, which had little precedent in recent memory.

“After the play, I would have never thought that all this would have blown up,” Wilson said. “Nothing I say right now is going to change anybody’s opinion. They’ve already made that up, and I’ve just got to keep moving forward.”