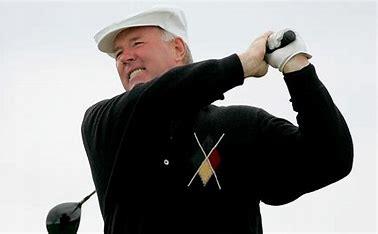 Tom Weiskopf, who won The Open in 1973 and was a noted golf commentator and course architect, died at the age of 79.

He had been dealing with pancreatic cancer since late 2020.

Golf Digest reported that Weiskopf had died on Friday, per multiple sources close to the family. News of Weiskopf’s passing became public on Sunday morning after Tom Watson posted the following on Twitter:

“I send my deepest sympathies to the family of Tom Weiskopf. Will miss you and your stories. RIP my friend. PC has struck again..”

I send my deepest sympathies to the family of Tom Weiskopf. Will miss you and your stories. RIP my friend. PC has struck again..

Weiskopf won 16 times on the PGA Tour between 1968 and 1982. His major triumph came in 1973 at Royal Troon, where he recorded a three-stroke victory over Johnny Miller and Neil Coles.

He captured four more titles on the PGA Tour Champions, including the 1995 U.S. Senior Open.

Weiskopf was a U.S. Ryder Cup Team member in 1973 and 1975. He made the team in 1977, however he elected to go hunting instead of participating in the event.

Known for his fiery temper on the golf course, Weiskopf received the nickname of “The Towering Inferno.”

Weiskopf shifted to television as a golf analyst at both CBS and ABC Sports/ESPN.

He also had a hand in golf course design, with more than 40 to his credit. Included on that list are TPC Scottsdale, which is home of the PGA Tour’s WM Phoenix Open, Troon North GC in Scottdale and Loch Lomond GC in Scotland.