Playing in front of his home crowd, Brady only completed one of his four passes for a measly 10 yards, which resulted in a 39.6 percent passer rating.

To the general public, Brady was incredibly underwhelming as he underthrew wideout Josh Boyce and tossed an incomplete pass to tight end Michael Hoomanawanui. However, the Gillette Stadium crowd roared for him just as loudly when he exited as they did when he entered the stadium.

"Tom Brady made this place ERUPT when he came out to Public Service Announcement by Jay-Z" – @StaceyDales pic.twitter.com/jYkzky7p0u

It pretty much doesn’t matter how Brady plays or what he says or doesn’t admit to, because the four-time champion’s fans will continue to support him.

Note the thousands of “likes” Brady’s Facebook post garnered when he announced that he would be playing Thursday night. 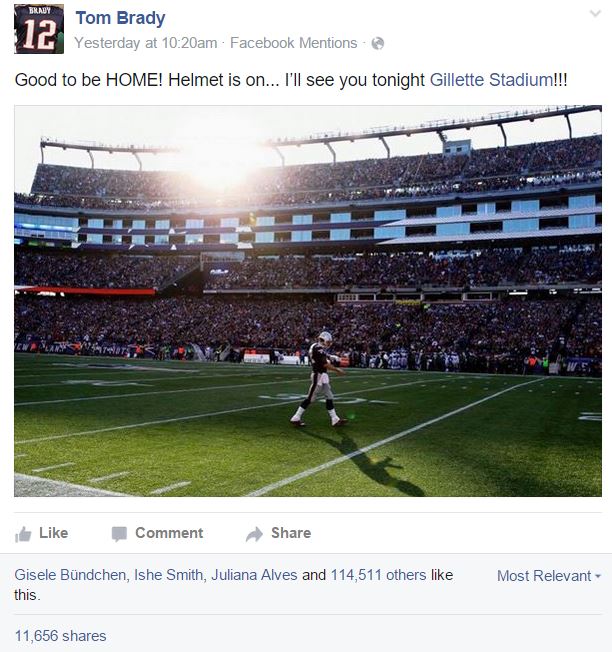 Obviously, Brady’s fluky series of bad passes is nothing to worry about. It was only the first game of the preseason.

But just imagine if that had happened to Cleveland Browns quarterback Johnny Manziel or Washington Redskins Robert Griffin III, though. Unlike Brady, they would never hear the end of it from their fans.