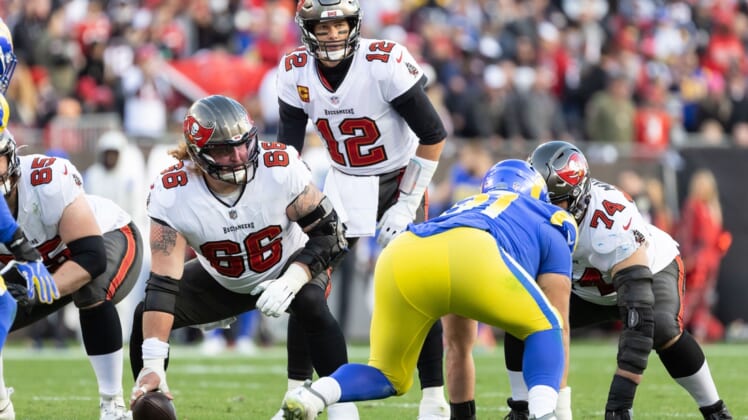 Tom Brady agreed to join FOX Sports as lead NFL analyst when he retires for good from the NFL.

Brady, whose retirement announcement in February was rescinded 18 days later, is back for another season with the Tampa Bay Buccaneers in 2022. When he decides to move on from the playing field, he has a job waiting.

Brady posted via Twitter, “Excited, but a lot of unfinished business on the field with the @Buccaneers.”

Excited, but a lot of unfinished business on the field with the @Buccaneers #LFG https://t.co/FwKlQp02Hi

Brady agreed to a “long-term” pact and would call games with Kevin Burkhardt.

“Tom will not only call our biggest NFL games with Kevin Burkhardt, but will also serve as an ambassador for us, particularly with respect to client and promotional initiatives,” FOX said in a follow-up statement.

The pairing would be in line to replace Joe Buck and Troy Aikman, the No. 1 FOX booth for years before leaving recently to team up in the “Monday Night Football” booth for ESPN.

Brady turns 45 on Aug. 3 and the seven-time Super Bowl champion has said he won’t put a cap on how long he could potentially play in the NFL.

NFL analysts are being paid handsomely these days. Former Dallas Cowboys quarterback Tony Romo signed a deal with CBS in 2020 that pays him nearly $17 million per year.