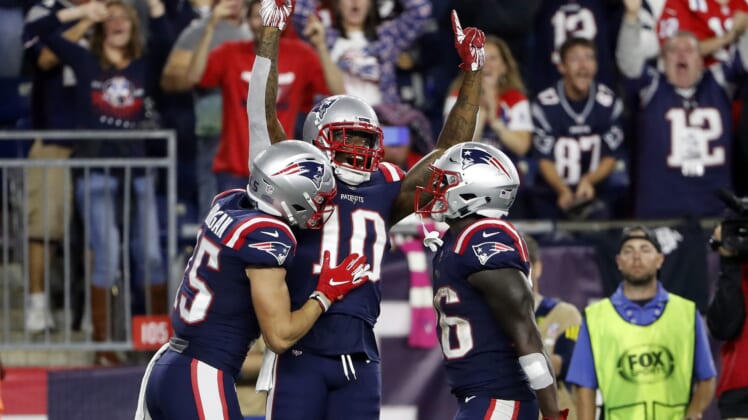 Transitioning to a new franchise can be difficult, but Josh Gordon is getting plenty of help from Tom Brady while adjusting to the New England Patriots.

According to Doug Kyed of NESN, the former Cleveland Browns wide receiver said he and Brady have a “very natural relationship.”

Gordon said he spends most of the day talking football with Tom Brady between time in the locker room and in meetings. Said they have a very natural relationship.

After the second week of the 2018 NFL campaign, Cleveland sent Gordon to the Patriots in exchange for a fifth-round pick.

By all accounts, he’s done nothing but impress since then.

The wideout was active in Week 4, then caught a touchdown — the 500th of Brady’s career — during New England’s win over the Indianapolis Colts.

Given Brady’s involvement in Gordon’s assimilation, the receiver’s quality start to his Patriots tenure surely isn’t a coincidence.