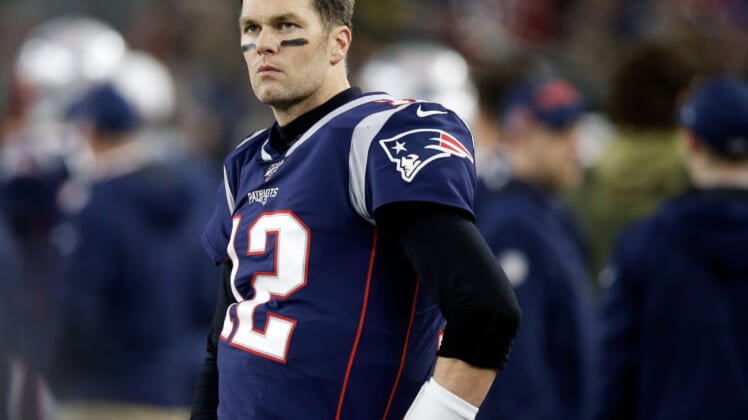 A report on Super Bowl Sunday indicated that the New England Patriots are willing to offer Tom Brady $30-plus million annually ahead of free agency.

This didn’t necessarily seem to make too much sense. The six-time Super Bowl champion quarterback has never demanded top of the market cash. Instead, Brady’s been focused on making sure the supporting cast around him was championship caliber.

That now seems to be the case. According to NFL Media’s Michael Giardi, Brady isn’t even demanding $30 million annually from New England.

If winning is as important to the 42-year-old quarterback as we believe, demanding this lucrative of a pay day never really made sense.

New England currently finds itself an estimated $44 million under the cap, via Spotrac. Using $30 million of that to re-sign Brady would not help the Patriots get back to the big game.

They were passed up by the Kansas City Chiefs and Baltimore Ravens in the AFC this past season. Over in the NFC, it’s realistic to believe the San Francisco 49ers are better than the current form of the Patriots.

As noted, Brady is more concerned about adding weapons on offense in free agency. That could lead to him giving the Pats yet another hometown discount.

The future Hall of Famer is set to hit free agency in March. He’s been linked to the Las Vegas Raiders, among other teams.