Tom Brady praises Ben Roethlisberger: As tough as they come 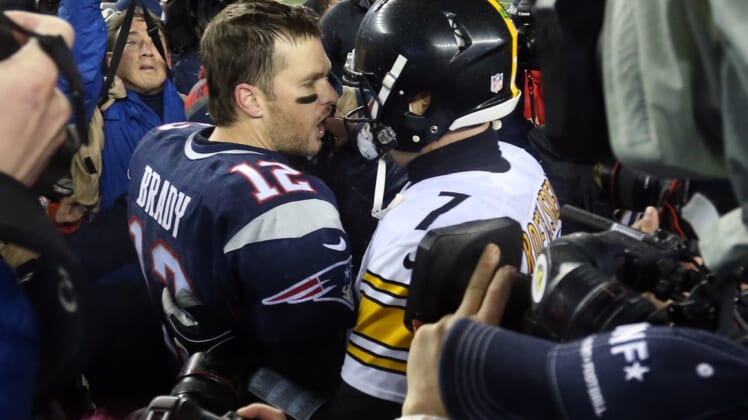 Week 15 in the NFL offers a pivotal AFC matchup when the New England Patriots head to Pittsburgh for a battle with the Steelers. The Steelers are in a must-win situation to remain in first place in the AFC North, and the Patriots hold a comfortable 9-4 lead in the AFC East. Ahead of the big game, quarterback Tom Brady complimented Ben Roethlisberger.

Brady on Big Ben: “He’s as tough as they come” pic.twitter.com/SwJmQbZBXZ

Roethlisberger is indeed tough. He takes his fair share big hits on a weekly basis, as does Brady.

This AFC clash is sure to draw tons of viewers as Brady looks to beat a Steelers team that he has an 8-2 career record against.

Though, the Patriots do face a tough Steelers offense on the road in this particular game. And, with the surprises and upsets we see happen each week in the NFL, neither of these teams should be underestimated when the game kicks off.

As it stands, the Steelers need a win to stay ahead of the Baltimore Ravens in the AFC North.

And a victory for Brady and the Patriots would keep the Miami Dolphins at least two games behind in the AFC East.