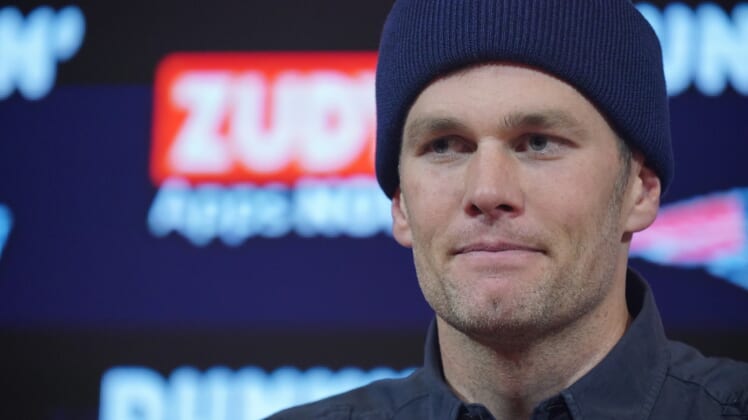 Tom Brady will never not take an opportunity to roast the Atlanta Falcons. He’s done it countless times before.

Despite a really rough start for him personally during “The Match” Sunday, he did it again.

PGA pro Justin Thomas was on the course as a commentator for “The Match” when he engaged Brady.

Brady noted Tiger’s wearing the “same colors” as the Falcons. Then, he once again set to roasting the team he beat in record-breaking comeback fashion during Super Bowl LI.

“It’s the Eagles that I cringe, bro. Not the Falcons,” Brady joked.

As you likely know, Brady engineered a record-breaking comeback against the Falcons. Down by the score of 28-3, he led the Patriots to a 34-28 victory and has been cracking Falcons jokes ever since.