Tom Brady on whether he feels appreciated by Patriots: ‘I plead the 5th’ 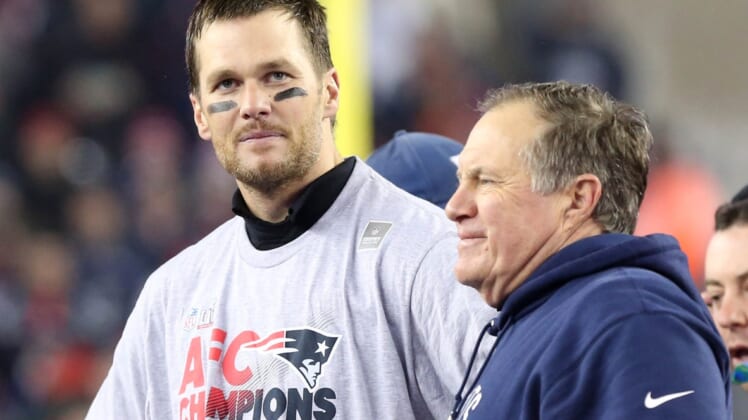 Tom Brady had a chance to really squash the rumors that he’s feeling a bit underappreciated by the New England Patriots, a team he’s helped win five Super Bowls. Well, rather than squash those rumors, he absolutely threw jet fuel on them with his response.

Tom Brady was asked today at the Milken Institute Global Conference if he feels appreciated by the Patriots. His response: "I plead the 5th…" pic.twitter.com/8Tl6k5emj9

Not only did Brady refuse to answer the question, when he was asked if he’s happy, he responded by saying, “I have my moments.”

So, from a financial perspective, he’s hardly coming close to being treated like the superstar he is by the New England organization. Brady also once again said he wants to play into his mid-40s, so it’s going to be interesting to see what the next few years hold in store for him and the Patriots.