Tom Brady on rumors of Bruce Arians rift: ‘He knows how I feel about him’ 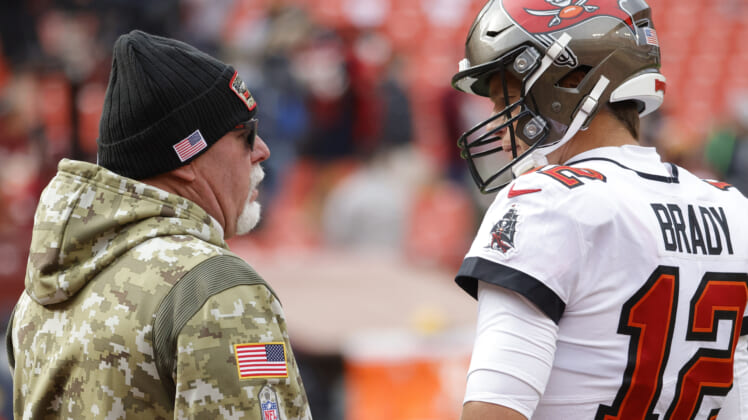 As far as Tom Brady is concerned, there is nothing to the various reports about bad blood between himself and former Tampa Bay Buccaneers head coach Bruce Arians, because the NFL legend says the pair has a “great relationship.”

It has been a very busy offseason for Brady and the Buccaneers. Earlier this year the 44-year-old stunned the football world and decided to retire from the sport. The man that helped lead the team to a 2021 Super Bowl title, Bruce Arians, followed suit by retiring in March from his role with the Bucs.

However, unlike Arians — at least for now — Brady’s retirement didn’t stick and he unretired a little over a month after his decision, and not long following the change of head coach in Tampa Bay.

In the time in between those monumental decisions, there were several reports pointing to a divide between the quarterback and coach. One story claimed Arians stuck his nose too far into the weekly offensive game plans devised by Brady and offensive coordinator Byron Leftwich. Those reports were denied by Arians, but even then he seemed to offer up a subtle jab at Brady by also claiming he got too much credit for the Buccaneers’ championship win.

Tom Brady on Bruce Arians: ‘Part of the reason I chose Tampa was because of Bruce’

It all seemed to confirm some smoke from a possible fire burning down the relationship between Brady and Arians. However, during a Thursday minicamp press conference, the 22-year veteran claimed that there were “zero” problems between him and the franchise’s former head coach. And in reality, the pair have a great relationship built on some amazing communication.

“He and I have a great relationship,” Brady said about Arians [h/t ESPN]. “Part of the reason I chose here was because of Bruce. I mean, he and I have been — incredible communication — I have great respect for him. He knows how I feel about him. That’s the most important thing. And I know how he feels about me.” 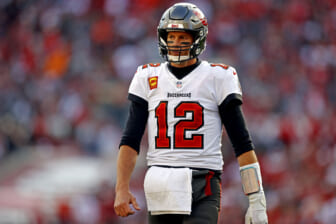 The Buccaneers begin their 2022 campaign on Sept. 11 against the Dallas Cowboys, on Sunday Night Football’s season opener.