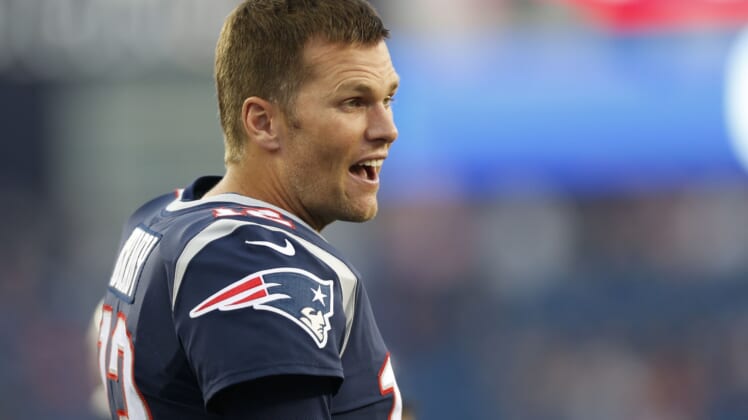 You think Tom Brady doesn’t pay attention to what the talking heads on television say about him? Think again. Not only does he pay attention, but he holds a grudge.

Two years ago, ESPN’s Max Kellerman said Brady was “gonna fall off a cliff” within 18 months, and that he will “be a bum in short order.”

On Thursday morning, Brady posted a picture of a radar gun showing he threw the ball 61 miles per hour, quoting Kellerman.

For a point of reference, the fastest thrown ball since they started recording this stuff at the NFL Scouting Combine was 62 miles per hour, set by Josh Allen in 2018.

So yeah. Tom Brady can still sling it when he needs to.

Also, Brady is set to potentially break some more NFL records in 2019. And based on what he did last year, you’d be a fool to bet against him doing just that.