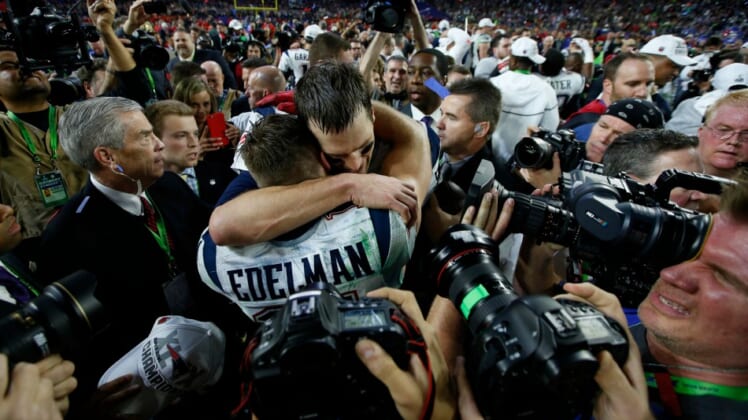 Tom Brady and Julian Edelman go together like peas and carrots. The two New England Patriots teammates have a tremendous working relationship, and on Saturday Brady shared just how much he values his receiver.

When asked about his relationship with Edelman, Brady said, “He’s always kind of been like my little brother, in a good way,” per Michael Giardi of NFL Network. He also said that Edelman “knows how much I love him.”

These two were absolutely unstoppable in key situations last Sunday against the Kansas City Chiefs, and of course we know there’s something magical between them based on what happened a couple of Super Bowls ago.

During the regular season, Edelman hauled in 74 receptions for 850 yards and six touchdowns in 12 games. He’s caught 16 passes for 247 yards in two postseason games so far this season.

It’s going to be fascinating to see if Los Angeles Rams defensive coordinator Wade Phillips can find some magic of his own and negate the dynamic slot specialist next Sunday in Super Bowl LIII.