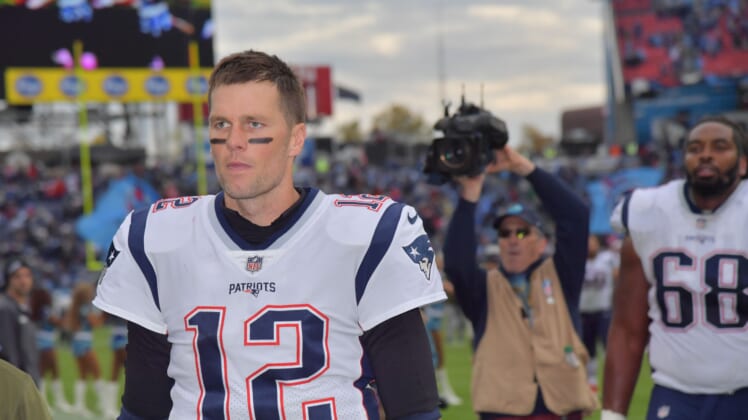 New England Patriots quarterback Tom Brady has had himself one heck of a game against the New York Jets on Sunday.

In need of a win to secure a first-round playoff bye, Brady threw three touchdown passes in the first half alone. It was a get-right game for a quarterback that’s struggled to an extent in recent weeks.

With the game pretty much out of hand in the fourth quarter, Brady completed a nine-yard pass to running back James White. It represented the quarterback’s 6,000th career completion. He joined only Brett Favre, Drew Brees and Peyton Manning in that club.

Favre is already in the Hall of Fame. Brees and Manning will join Brady as first ballot Hall of Famers in Canton.

It really is something to behold. Even on the wrong side of 40, Brady continues to play at a high level. Father Time has absolutely nothing on this five-time Super Bowl champion. And by virtue of his performance on Sunday, New England will be skipping Wildcard Weekend once again.