Tom Brady favored to land with Raiders if he leaves Patriots 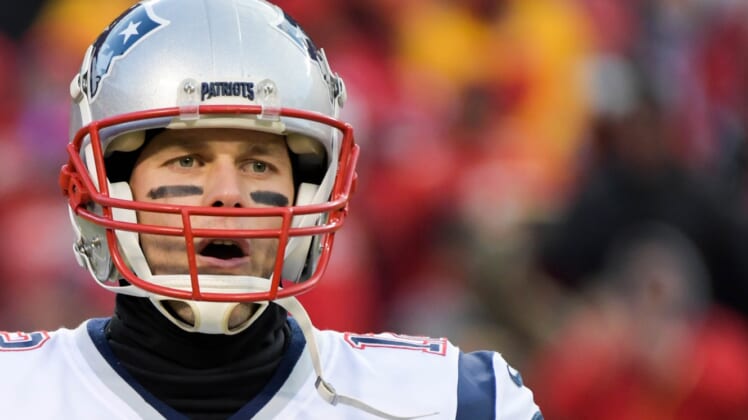 Tom Brady seemed to announce he would return to the New England Patriots in 2020, but if he does not the Las Vegas Raiders are favored to land the soon-to-be free agent.

According to SportsBetting.ag, Brady has a 66.7% chance to return to the Patriots. But if he leaves, the Raiders have the best odds to nab him in free agency, followed by the Los Angeles Chargers, Tampa Bay Buccaneers, Carolina Panthers, Indianapolis Colts and Dallas Cowboys.

Here’s how the odds are stacked for those teams, per the sportsbook:

It’s worth noting that prior to Super Bowl LIV it was reported that Raiders head coach Jon Grude wants to sign Brady ahead of the 2020 season for the team’s inaugural season in Las Vegas.

The Chargers have also been linked to Brady for the past month-plus, and the Buccaneers have been a late mention as a team potentially interested in signing the veteran quarterback and future Hall of Famer.