Tom Brady’s Twitter account is among the most entertaining on the social media site. The same thing can be said about billionaire founder of Tesla and SpaceX, Elon Musk.

With Musk is looking to buy Twitter for a whopping $43 billion to help promote “free speech,” Brady himself decided to hilariously chime in.

Running contrary to Musk’s “free speech” idealism, Brady asked the dude to delete his NFL Scouting Combine photo from back in 2000 from the social media site.

Once a random Twitter account responded to Brady with a photo of the quarterback’s skinny combine photo, he took that stance against “free speech” to a whole new level. It’s awesome stuff.

Since signing up for Twitter a couple years ago, Tom Brady has continued to display some self-deprecating humor that we didn’t know the seven-time Super Bowl champion had. This is just the latest example of this. 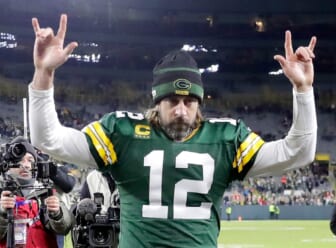 Sure Musk’s offer to buy Twitter for an eye-opening amount drew instant responses on the Tweet first, think later social media website. However, Brady’s demand that his Combine photo be removed also drew some interesting reactions.

Of course, Tom Brady was being ironic with his demand of Elon Musk. It doesn’t make this any less funnny.

If you have time throughout the day, sit back with a cup of coffee and check out the thread. It might be the best thing that has happened on Twittervese since its inception. We’re not kidding.