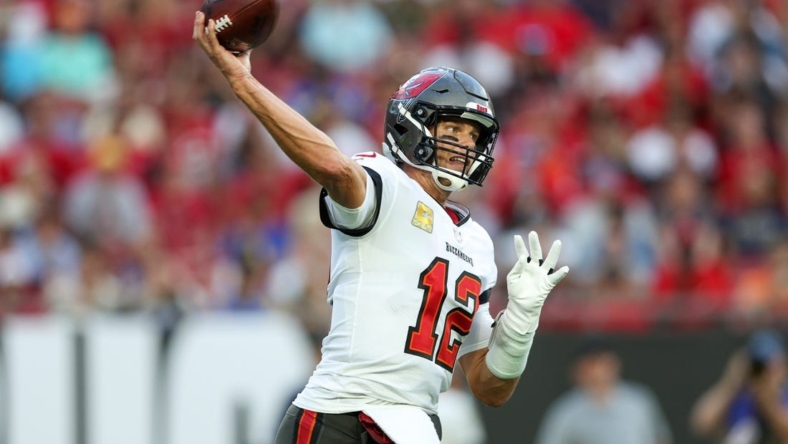 Tom Brady became the first player in NFL history to rack up 100,000 career passing yards across the regular season and playoffs Sunday.

The Tampa Bay Buccaneers’ quarterback entered Sunday’s home game against the Los Angeles Rams standing at 99,836 total yards. He surpassed 100,000 on a fourth-quarter pass to running back Leonard Fournette, who went 15 yards on a third-down play.

“I think for me it’s a credit to all the guys that I’ve played with, and who have blocked for me, who have caught passes,” Brady said after the game. “I think I can’t do (expletive) in this league without guys doing what they are amazing at, too.”

Brady made sure the milestone happened in a winning effort. He engineered a 60-yard drive in 35 seconds with no timeouts and connected with rookie tight end Cade Otton on 1-yard touchdown pass with nine seconds remaining to lift Tampa Bay over the Rams, 16-13. That play gave Brady 280 passing yards for the game and 100,116 for his career.

It marked another NFL record — Brady’s 55th career game-winning drive in the fourth quarter or overtime, breaking a tie with Peyton Manning.

Brady already owns the career regular-season passing yards record, which he took from Drew Brees last season. Brees is a distant second on the list for regular-season plus postseason yardage, at 85,724.