Tom Brady: Beating Chiefs ‘one of the great joys of my life’ 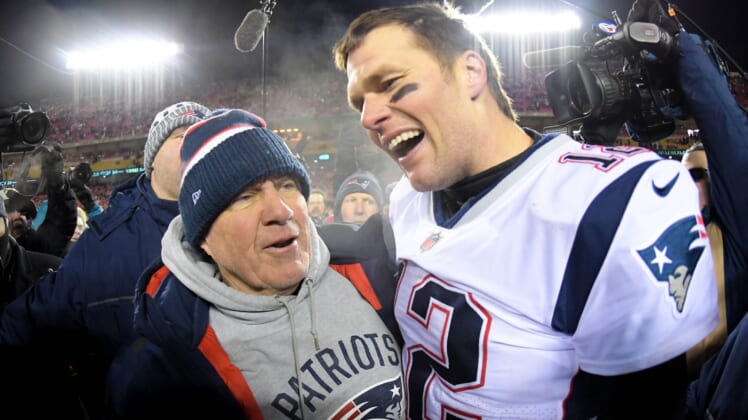 Tom Brady has a lot of career highlights, but beating the Kansas City Chiefs in the AFC Championship Game last Sunday ranks right up there with the best.

The New England Patriots superstar opened up about beating the Chiefs in an appearance with WEEI’s “Mut & Callahan” on Monday.

“I love playing football and I love the competition and love competing at the highest level,” Brady said. “I don’t know what’s more fun for me than running out against Kansas City in the biggest game of our season in front of 70,000 people and coming away with the win. That was one of the great joys of my life.

“And I think you can never go back as an athlete. It’s not like I’m going to retire for a year and then come back when I’m 43. I’m just going to keep playing. When I feel like I don’t want to make the commitment, or feel like I’ve had enough, then I’ve had enough. But in my view, this year, next year, the year after that, I want to keep playing, because I really love it, and I’m having a lot of fun.”

What’s really great is that it really was evident how much the win meant to Brady. When Rex Burkhead punched in the game-winning touchdown to cap off the incredible 13-play drive in overtime, Brady threw his helmet into the air and ran around celebrating like a schoolboy who just won his first game.

The joy really did shine through.

One more win, and that joy will be even greater as Brady pursues his sixth Super Bowl ring.