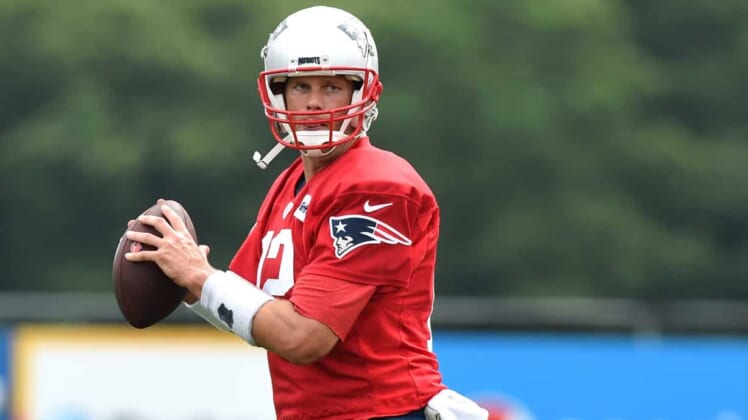 The New York Jets aren’t likely to have Sam Darnold under center Sunday against the New England Patriots, but at this point Tom Brady might not play, either.

Brady was not present at the start of New England’s practice on Friday, and he’s been limited this week with a knee injury suffered last weekend in the loss against Tennessee. As noted by Ben Volin of the Boston Globe, if he does indeed miss all of Friday’s practice, it would be the first absence of the 2018 season for Brady.

Assuming Brady misses all of practice, this is his first absence of the year. Not ideal that it's on a Friday https://t.co/dIBOAsrLgp

Brady struggled last weekend in the Patriots’ blowout loss to the Titans. He completed just over half his passes for 254 yards, no touchdowns and no interceptions.

This season has been a trying one for Brady and Co. on offense, as a lack of weapons has hampered the attack significantly. Without a healthy Rob Gronkowski, and with Julian Edelman absent the first few games due to suspension, it’s been tough sledding all season long.

If Brady is unable to play Sunday against the Jets, then veteran journeyman Brian Hoyer would step into the starting lineup in his stead.