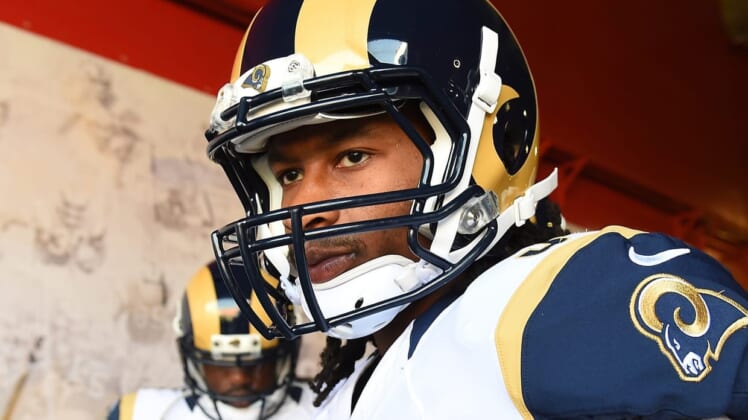 After another dismal week, plenty is being said about the Los Angeles Rams. That extends to running back Todd Gurley, who blasted his offense’s effort against the Atlanta Falcons.

"It looked like a middle school offense out there," Todd Gurley says about the Rams.

In truth, Gurley’s assessment may be too kind. The Los Angeles offense has been a train wreck since the first day of the season. It was a disaster with Case Keenum under center and has continued that way under Jared Goff.

The running back continued, blasting the effort of his team.

Todd Gurley said he does not think everyone has been showing up to play, that people are going through the motions.

The reality is that bad teams do go through the motions during this time of the year. It may not be something many want to talk about or acknowledge, but it’s human nature. Teams like the Rams are going nowhere, and everyone in the locker room knows it.

The problem is that, while the offense has been consistently awful, the season hasn’t always been such a disaster. It did start in ugly fashion with a 28-0 loss to the still otherwise winless San Franciso 49ers, but Los Angeles won its next three games. It’s only won a single game since — a 9-6 win over the hapless New York Jets.

So, for a good portion of the season, a win could have helped keep the Rams in contention. Yet, the level of effort that Gurley is speaking of has been there all year. Nothing about Week 14’s effort in the loss to the Falcons really stood out above (or below) the rest.

Unfortunately for fans in Southern California, Jeff Fisher is the proud owner of a two-year contract extension, which you can read about here.

Fisher may be good for a laugh (or two…or three) but has repeatedly proven himself to be a sub par football coach. With that, his players give sub par efforts (just ask Gurley). Naturally, sub par efforts leads to sup par football, which Los Angeles has seen a lot of in 2016.