Todd Bowles: Sheldon Richardson ‘has to become a better man’

Richardson, already suspended the first four games of the year for marijuana use, was recently arrested and charged on misdemeanor evading police and traffic violations. The charges could have been a lot worse, namely felony child endangerment and marijuana charges, but the prosecutor in the case knew he couldn’t prove those charges “beyond a reasonable doubt.”

Legality aside, anyone can see Richardson is in trouble.

Here at the age of 24, his career can go one of two ways following his recent downward spiral. He can either get the help he needs and turns his life around or he can waste all his talent by making more poor choices in life.

Bowles has seen the cycle many times before and knows it can go both ways, as he shared with Bob Glauber of Newsday.com, and he offered a unique perspective into the mind of a pro football player:

“I’ve seen players go both ways,” he said. “As a player, your stubbornness is what gets you to be successful. But it’s also the thing that makes you fail, because no one can tell you ‘no,’ not even yourself. You don’t know where to go for help, because you’ve always been the alpha dog. The alpha dog never looks for help. He’d rather die than look for help. But sometimes you have to put your pride aside, and sometimes you have to go so low to see that.”

On the field, Richardson is an alpha. 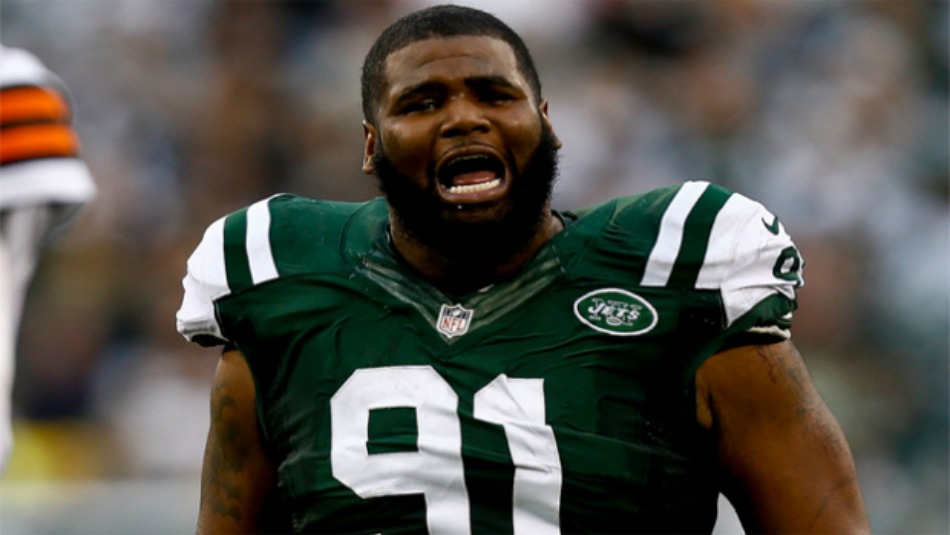 Whether against the run or as a pass-rusher, he dominated last season. Pro Football Focus (subscription required) ranked him second only to J.J. Watt for the 2014 season for 3-4 defensive ends. Credited with nine sacks and 31 quarterback hurries, the young man is a nightmare to guard for slow-footed offensive linemen inside.

If he gets his head right, then this someone who could potentially play his way into the Hall of Fame one day. Unfortunately, at this point in the game for Richardson, his career could just as easily go down as one of the saddest stories of wasted talent in league history.

Bowles knows the formula for success:

Richardson is really lucky to be given a second chance after what he allegedly did on July 14. Speeding around at over 140 miles per hour while (allegedly) smoking weed, isn’t a smart way to live life. Not only did he endanger himself, two other men and a 12-year old child, but he also endangered everybody else on the road that night.

Thinking that’s an acceptable thing to do is just living in a fantasy world.

Now it’s up to him to grasp this opportunity by the horns and give real life a second chance.