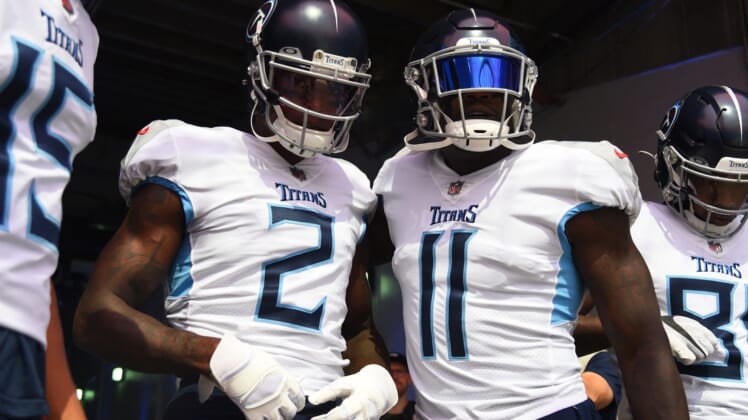 Both Jones and Brown were injured and left last week’s win over the Indianapolis Colts. Brown sustained a hamstring injury in the first quarter and is considered week-to-week, ESPN reported.

It’s unclear when Jones was injured, but he was limited to about half the snaps against the Colts. He is questionable for Sunday. 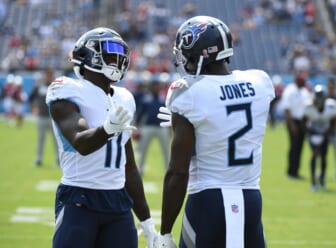 Brown didn’t catch a pass before exiting after the first quarter. He has just seven receptions for 92 yards and one touchdown this season. Last season, Brown caught 70 passes for 1,075 yards and 11 touchdowns in 14 games (12 starts) and made the Pro Bowl.

Jones, who joined the Titans in an offseason trade in June, has 12 catches for 204 yards this season.

A seven-time Pro Bowl selection through his first 10 seasons, all with Atlanta, Jones has 860 career receptions for 13,100 yards and 60 touchdowns.

The Titans (2-1) will be vying for their third straight victory when they meet the Jets (0-3) on Sunday.