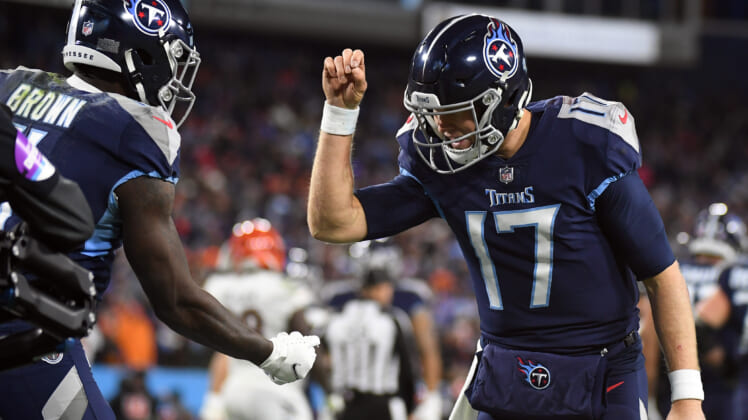 It seems that the Tennessee Titans’ AJ Brown trade on night one of the NFL Draft led to disbelief and a sleepless evening for their starting quarterback Ryan Tannehill.

At the April event, the Titans surprised many NFL observers when it was announced that they had acquired two draft selections — including the 18th pick overall — from the Philadelphia Eagles for their top wide receiver. The move mirrored similar decisions made by the Kansas City Chiefs and the Green Bay Packers in trading their own top pass catchers this offseason.

Those teams knew they wouldn’t come to an agreement on new long-term deals with those wide receivers and decided to get something back before they lost them as free agents. When AJ Brown landed in Philly after the trade he was greeted with a new four-year, $100 million extension.

With the 18th pick, the Tennessee Titans took WR Treylon Burks. Now the Arkansas star will have to try and fill the void left by Brown’s departure. A departure that his former QB Ryan Tannehill was stunned to see happen.

Recently, the former Miami Dolphins signal-caller spoke about the trade and revealed his shock and hope that the news was not true. When he realized it was official, the move bothered the 33-year-old so much that he even lost sleep the night of the deal.

“When I first found out, I’m like, ‘This isn’t real, this isn’t happening, it’s a rumor,'” Tannehill said [h/t NBC Sports Edge]. “And then, I talked to AJ and found out it was real. I slept terribly that night and kept thinking it was just a bad dream, but that’s where we’re at.”

Tannehill is still getting over the team’s NFL playoff loss to the Cincinnati Bengals last year. In a defeat, he played a major role when he threw three interceptions. It was a failure that led him to seek out therapy to mentally overcome his disappointment.

Now, with losing his top target and a player that racked up 1,000-yard seasons in two of the last three years, Tannehill may end up needing some more visits to his therapist. 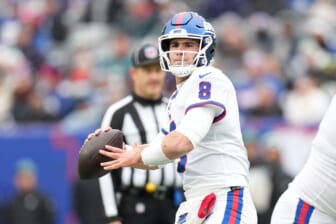