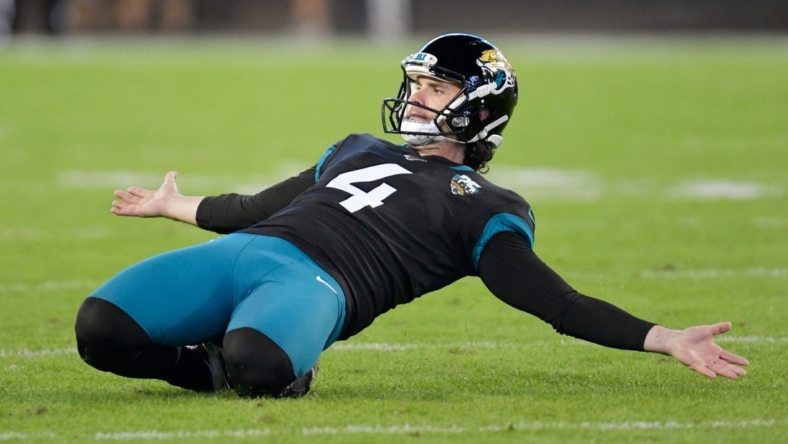 The Tennessee Titans ruled out kicker Randy Bullock for Thursday night’s game against the Green Bay Packers and have tabbed journeyman Josh Lambo to replace him.

The team promoted Lambo to the 53-man roster on Wednesday. The Titans signed Lambo to the practice squad on Tuesday. It’ll mark Lambo’s first action in 2022.

Also, starting quarterback Ryan Tannehill has been removed from the injury report after two consecutive days of full participation in practice. He played last week for the first time in three weeks after injuring his ankle.

Lambo learned Wednesday that a judge dismissed his lawsuit against his former team, the Jacksonville Jaguars. Lambo filed suit in May, alleging that former coach Urban Meyer created a hostile work environment that contributed to Lambo’s on-field performance dropping. Lambo alleged that Meyer kicked him and swore at him while he was working out in August 2021 before the Jaguars’ preseason finale.

Lambo’s attorney, Betsy Brown, told ESPN on Wednesday that they intend to file an amended complaint.

The Titans elevated linebacker Joe Schobert and defensive lineman Larrell Murchison to the 53-man roster from the practice squad on Tuesday.