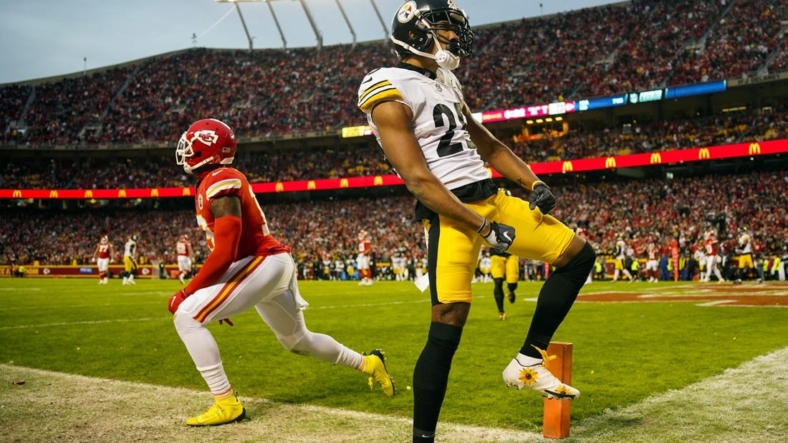 Still searching for answers at wide receiver, the Tennessee Titans are set to host free agent Josh Gordon, according to NFL Network.

The Titans, who traded leading receiver AJ Brown to the Philadelphia Eagles and selected Arkansas’ Treylon Burks in the first round of the 2022 NFL Draft, had five receivers on their 53-man roster as of the close of league business Wednesday.

Gordon was released in final cuts by the Kansas City Chiefs on Tuesday.

He was targeted five times in three preseason games in 2022 and had one reception in 67 total snaps, per NFL statistics.

The Chiefs drafted Skyy Moore and signed JuJu Smith-Schuster, Marquez Valdes-Scantling and Justin Watson in free agency to go along with returning wideout Mecole Hardman. Watson was one of the team’s preseason standouts. Kansas City also traded away its No. 1 receiver, Tyreek Hill, in the offseason.

Gordon caught five passes for 32 yards and one touchdown in sparse playing time with the Chiefs last year.

The 31-year-old was suspended for multiple seasons for violations of the NFL’s substance-abuse policy after earning All-Pro honors with the Cleveland Browns in 2013.