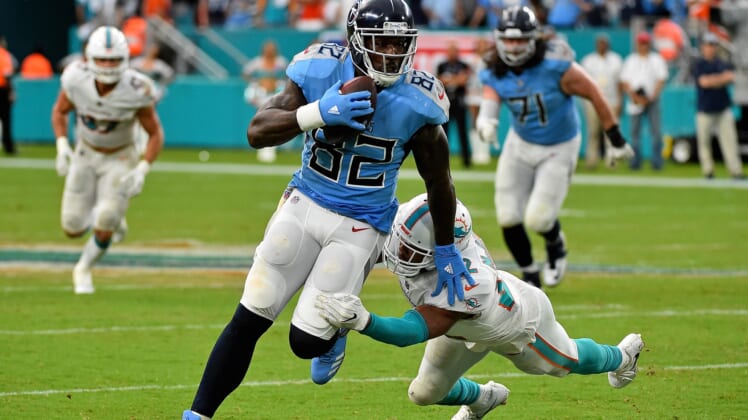 Walker joined the Titans in 2013 and became an instant factor in their offense, making three consecutive trips to the Pro Bowl from 2015-’17. Across seven seasons in Tennessee, the 35-year-old hauled in 381 receptions for 4,423 receiving yards and 28 touchdowns.

He suffered a fractured ankle during the 2018 season and played in just seven games this past season after aggravating his ankle injury. Walker hauled in just 25 receptions for 267 receiving yards and two touchdowns across eight total games in the past two seasons.

Succop began the 2019 season on injured reserve as he recovered from offseason knee surgery. He returned to the active roster on Nov. 2 but played in just six games and made only one-of-six field goals.

The 33-year-old spent the last six seasons in Tennessee after beginning his career with the Kansas City Chiefs.

The Titans cleared more than $8 million in cap space by releasing Succop and Walker.